CULTURE Roy Horn of Siegfried & Roy dies from coronavirus at 75

Roy Horn of Siegfried & Roy dies from coronavirus at 75 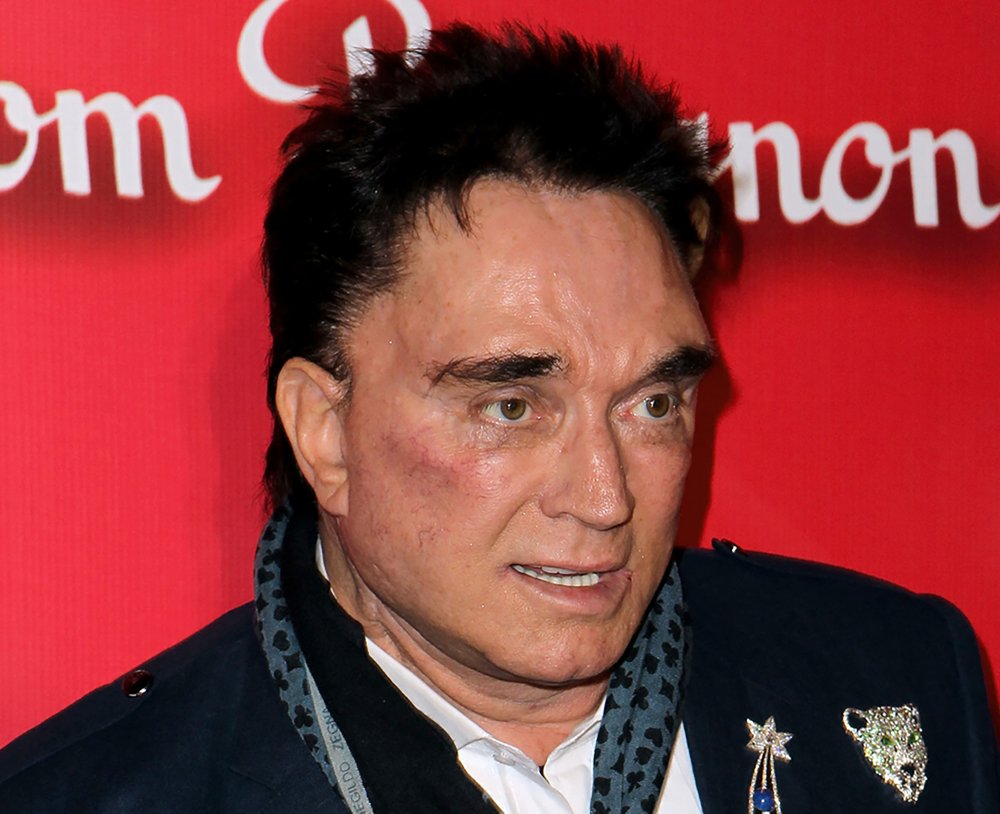 Roy Horn of Siegfried & Roy, the duo whose extraordinary magic tricks astonished millions until Horn was critically injured in 2003 by one of the act’s famed white tigers, has died. He was 75.

Horn died of complications from the coronavirus on Friday in a Las Vegas hospital, according to a statement released by publicist Dave Kirvin.

“Today, the world has lost one of the greats of magic, but I have lost my best friend,” Siegfried Fischbacher said in the statement. “From the moment we met, I knew Roy and me, together, would change the world. There could be no Siegfried without Roy, and no Roy without Siegfried.”

He was injured in October 2003 when a tiger named Montecore attacked him on stage at the Mirage hotel-casino in Las Vegas. He had severe neck injuries, lost a lot of blood and later suffered a stroke. He underwent lengthy rehabilitation, but the attack ended the long-running Las Vegas Strip production.

The darker-haired of the flashy duo, Horn was credited with the idea of introducing an exotic animal — his pet cheetah — to the magic act.

“Roy was a fighter his whole life including during these final days,” Fischbacher said. “I give my heartfelt appreciation to the team of doctors, nurses and staff at Mountain View Hospital who worked heroically against this insidious virus that ultimately took Roy’s life.”

The two became an institution in Las Vegas, where their magic and artistry consistently attracted sellout crowds. The pair performed six shows a week, 44 weeks per year.

They returned to the stage in February 2009 for what was billed as their one and only comeback performance, to raise funds for the new Cleveland Clinic Lou Ruvo Center for Brain Health in Las Vegas. The brief performance, which included Montecore, became the basis of an episode of the ABC television show “20/20.”

Horn and Siegfried Fischbacher, both natives of Germany, had first teamed up in 1957 and made their Las Vegas debut a decade later. Siegfried & Roy began performing at the Mirage in 1990.

When they signed a lifetime contract with the Mirage in 2001, it was estimated they had performed 5,000 shows at the casino for 10 million fans since 1990 and had grossed more than $1 billion. That came on top of thousands of shows at other venues in earlier years.

“Throughout the history of Las Vegas, no artists have meant more to the development of Las Vegas’ global reputation as the entertainment capital of the world than Siegfried and Roy,” Terry Lanni, chairman of MGM Mirage, the casino’s parent company, said after the attack.

The pair gained international recognition for helping to save rare white tigers and white lions from extinction. Their $10 million compounds were home to dozens of rare animals over the years. The white lions and white tigers were the results of a preservation program that began in the 1980s.

“The good news is that the white tigers and white lions are going into the 21st century,” Horn said in a 1999 interview with The Associated Press. “The bad news is that if we don’t do something about the tigers in the wild, they will disappear.”

Siegfried & Roy’s show, incorporating animal antics and magic tricks, included about 20 white tigers and lions, the number varying depending on the night. The show also had other exotic animals, including an elephant.

“Their show is so fast-paced the viewer has time only to gasp before the next dazzlement,” an Associated Press reviewer wrote in 1989 when they brought their act to New York.

“A white car drives on stage — as Liberace used to do — bringing a mother white tiger and three cubs. Roy rides an elephant, which disappears, then reappears. In the end, a 650-pound white tiger climbs atop a globe. With Roy on his back, they’re pulled into the air.”

“It’s a Las Vegas show and it’s nonstop entertainment. New Yorkers aren’t too sophisticated for this.”

A later spectacular developed for the Mirage opened with a flashy “Star Wars” scenario and Horn and Fischbacher arriving in their own mini space capsules. Another segment had Horn sitting atop a 30-foot (9.1-meter) pyramid that was “destroyed” by an explosion and fire, leaving him levitated high above the stage.

It was halfway during a performance Oct. 3, 2003, when Horn was alone on stage with the tiger that it suddenly lunged at him.

Horn, who had turned 59 that day, had never been injured during a show before, “not a scratch, not by an animal,” Bernie Yuman, the pair’s longtime manager, said at the time.

He said he thought Montecore, a 7-year-old male, got distracted by something in the audience and Horn was trying to calm him. Horn himself said later that he fainted and the tiger was trying to help him by dragging him offstage, though animal experts disputed that possibility.

An investigation by the US Department of Agriculture explored a variety of theories but was unable to reach a conclusion on what caused the tiger to attack. In its final report, the USDA also said the show’s producers had failed to protect the audience because there was no barrier separating the exotic animals from the crowd.

In October 2006, three years after the attack, Horn and Fischbacher attended their induction into the Las Vegas Walk of Stars. Horn’s speech was sluggish at times and he walked a bit slow, but he called the event “a deeply emotional experience.”

Born in Nordenham, Germany, Horn met Fischbacher on a cruise ship in 1957. Fischbacher performed the magic tricks, while Horn became his assistant, eventually suggesting using the cheetah in the act.

They honed their animal-magic show in small clubs in Germany and Switzerland in the mid-1960s. Their break came in a Monte Carlo casino when an agent in the audience invited them to Las Vegas. The pair made their debut at the Tropicana hotel-casino in the late 1960s.

The illusionists became popular in the 1970s, receiving their first-star billing in 1978 as headliners of the Stardust’s “Lido de Paris.” Their show “Beyond Belief” opened in 1981 at the Frontier and played to thousands over seven years.

When Horn and Fischbacher became US citizens in 1988, an elated Horn said, “Being an American means all the things we believe in.”

Horn once hand-fed a white lion cub born prematurely, starting with an eyedropper. But when a cub was donated to a zoo, Horn said he was heartbroken.

“When you love something, the hardest thing is to let it go,” he said. “But this is what Siegfried and Roy do. We live our dreams, and we fulfill our destiny.”

Funeral services will be private, with an expected public memorial.