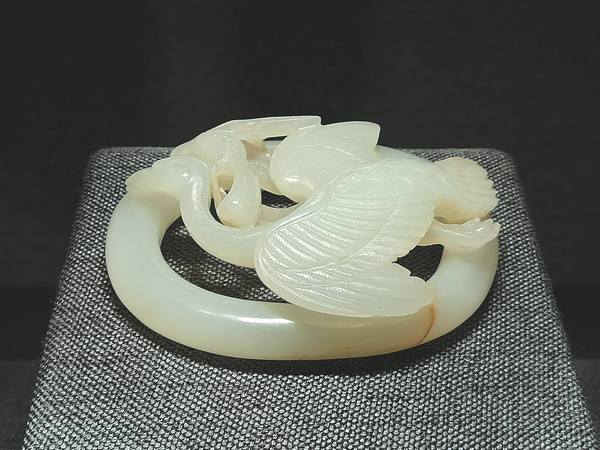 Cultural relics on exhibition at the Taizicheng site include a jade decoration with a gyrfalcon pattern. (Photo: China Daily)

People in Taizicheng village, Chongli district, Zhangjiakou city, North China's Hebei province, say the village's name, which means city of the crown prince, is derived from the myth that royalty once lived there. In the 1970s, archaeological researchers identified an ancient site there with a history dating back to the Liao (916-1125) and Jin (1115-1234) dynasties.

Since the site is located in the Chongli competition area of the upcoming Beijing Winter Olympics and Winter Paralympics, an active archaeological excavation kicked off in 2017 and was completed in 2020, to ensure the smooth construction of the Winter Olympic village in Zhangjiakou.

An exhibition which shows the results of the archaeological excavation of the site opened on Dec 31 at the Taizicheng site exhibition hall in Chongli. It was organized by the National Cultural Heritage Administration, the Hebei provincial government, and Art Exhibitions China, among others.

Archaeological research shows the site, 140 kilometers from Beijing, was a temporary summer residence called Taihe Palace (later renamed Qingning Palace) built by Emperor Zhangzong of the Jin Dynasty in 1202. Zhangzong was the sixth emperor in the middle and late period of Jin, and during his reign, the Mongolian Yuan Dynasty (1271-1368) started to rise.