CULTURE Royal Style: The jewelry of the Qing court

Royal Style: The jewelry of the Qing court 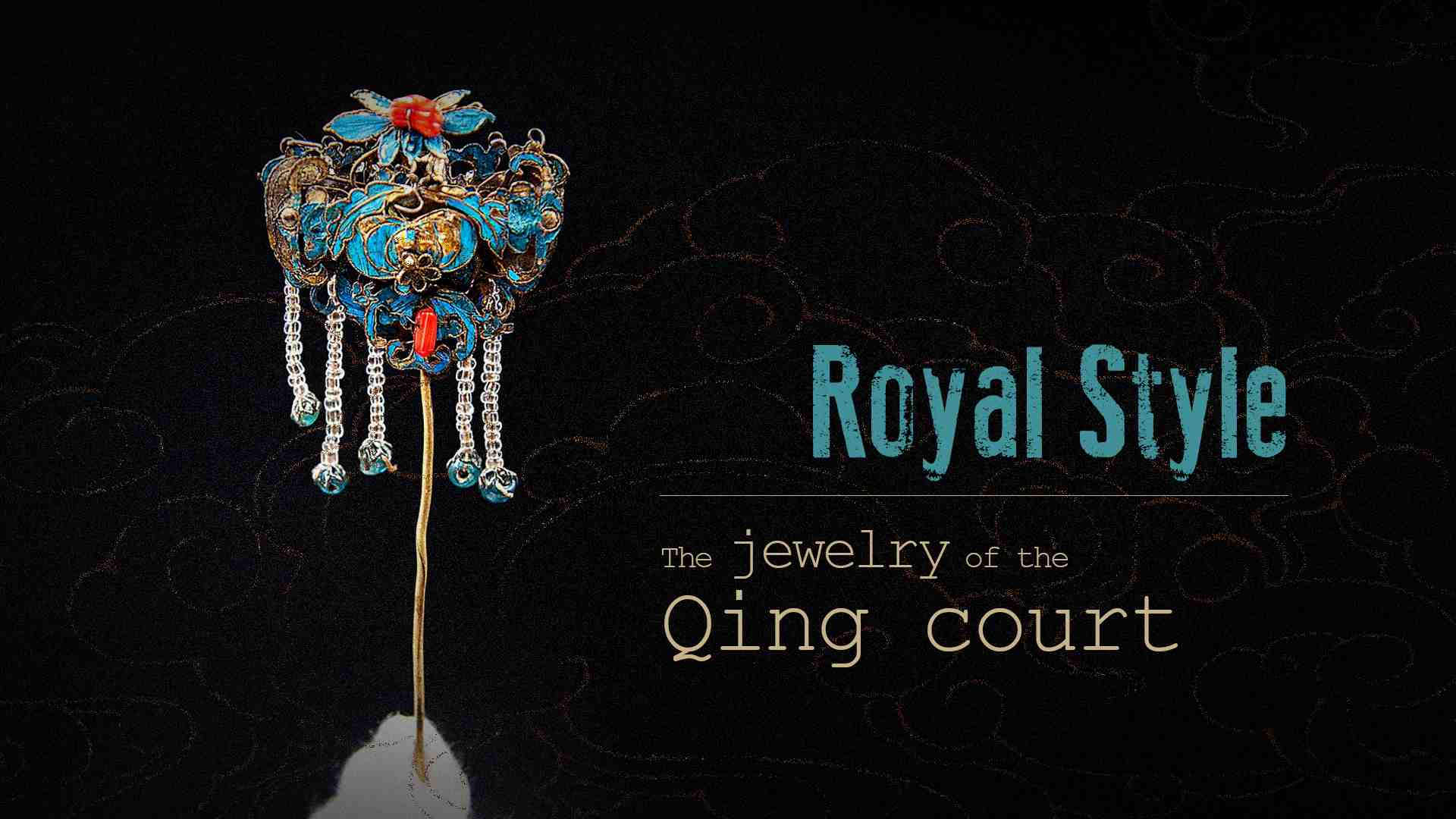 The interpretation of film and television works often leads to endless disputes about the truth of history. A special exhibition of four years' preparation, "Empresses of China's Forbidden City: The art and life of the empresses of Qing Dynasty", is on display at the Peabody Essex Museum in Boston, US, covering the archetypes of historical characters in the popular Chinese TV series "Story of Yanxi Palace" and "Ruyi's Royal Love in the Palace."

"When the precious collections of different museums converge in the same cultural palace, the diversity and richness of history and culture will be displayed in front of the audience," Shan added.

The following two sections will give you a glimpse of the jewelry of the Qing court.

In the historical records and archives, the imperial concubines were often shrouded in the light of the emperor, so files about court women in the Qing dynasty are far less than those of the male, especially compared with the emperor.

But people still can catch their elegance from their court jewelry. Jewelry is not only appreciated for its gorgeous radiance but is also used to reveal the demeanor of its wearers.

In the Qing dynasty, the Manchu people formed a distinct group in society. During their daily lives, Manchu women wore a particular Liangbatou (two-bundle hairstyle), which was adorned with various hair ornaments and pins.

However, The rarity of gems was not the most important consideration for jewelry. Since the jewelry of the Qing court was not designed to merely express the beauty of materials but instead their moral connotations.

Such as the Dong pearls, always known for Empress's ornaments. Because they were highly esteemed due to the fact that they came from the ancestral homeland of the Manchus.

Likewise, coral and turquoise were used to worship the deities of heaven, earth, sun and moon and on account of metaphoric associations between materials and colors.

The jewelry of the Qing court reveals diverse styles through its adoption of certain elements of the Han-style costume on the one hand, and through using western materials like enamel and glass and employing the western techniques of lapidary and inlay on the other.

The court favored the brilliant color of kingfisher feathers and used this to decorate the coronet. According to The Palace Museum, the coronet is an informal crown for imperial ladies including empresses and high-ranking concubines. It generally has a rattan frame or a black-silk-thread frame wound on a paperboard or iron wire in various designs, such as trellis patterns, cask patterns and endless knot patterns.

Furthermore, gold, equal to the value of the currency, was always the most beloved material of the court people. The themes and designs of decorations often conveyed auspicious and celebratory meanings, such as wishes for good fortune, longevity, and safety.

The Power of Style

Despite the traditional patriarchal society, women in the court of the Qing dynasty still had an outstanding position.

“This exhibition is thrilling in that it opens a silent yet colorful book about how these women helped shape the course of history," Wang added.

More importantly, surveys show that, in the minds of many viewers, ancient Chinese female characters are often associated with foot-binding, which represents feudalistic superstition.

However, the exhibition breaks the cognitive bias of audiences towards ancient Chinese women directly through the items on display.

"It is necessary to study ancient women," said Jane Stuart, the co-curator of the exhibition, and the director of the Chinese Department of the Freer|Sackler Gallery of Art.

"By paying attention to their material and spiritual world, we can break the limitations of understanding ancient Chinese women and fill in some gaps in the research," Stuart added.

The "Empresses of China's Forbidden City: The art and life of the Empress of Qing dynasty" exhibition will start from August 18.