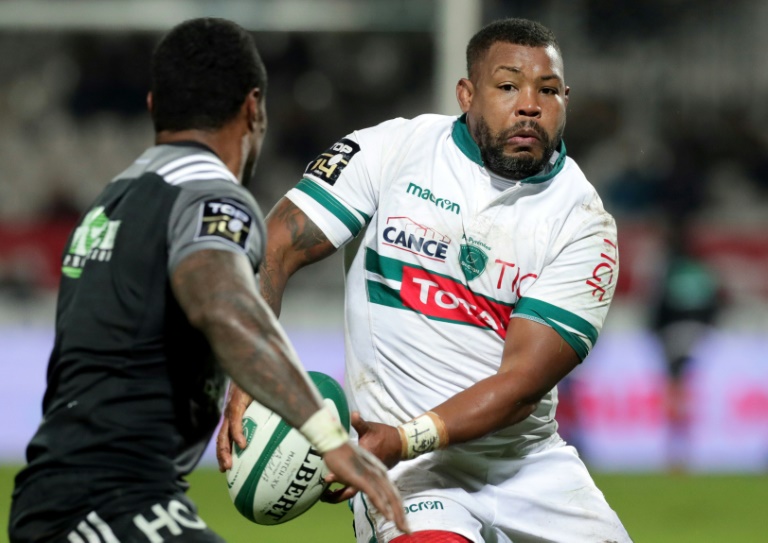 A French court on Monday found former England international flanker Steffon Armitage guilty of sexual assault and handed him a suspended prison sentence for groping a woman outside a bar.

Armitage, 34, admitted grabbing the woman's breasts during a drunken night out at the end of 2018 in the southwestern French town of Pau, where he was playing at the time.

A court in Pau gave him a suspended six-month jail sentence and ordered him to pay the victim 5,000 euros ($5,500) compensation.

Defence lawyer Jean-Philippe Debruge said the backrow forward had been drinking heavily because he had been dropped by Pau for a game against Gloucester the next day.

He said Armitage was also "struggling to prepare for his life after rugby and his grandmother had died."

A lawyer for the victim, Carole Sesma, said her client was still shocked by the attack and disgusted at "being treated like a sexual object".

"There were comments from other rugby players who said she should be happy to have been touched by someone famous," Sesma told reporters. "It's unacceptable to hear that in the 21st century."

Armitage played for England in 2009-2010, but missed out on other opportunities to represent his country by pursuing his career in France, where he played for Toulon and then Pau.

He was named European Player of Year in 2014.

During his title-winning stint at Toulon, Armitage was investigated by police and appeared in court over an assault at a restaurant in 2014 which left a 31-year-old man with eye injuries.

The prosecution was dropped in June this year due to a lack of evidence.

Armitage's contract with Pau ran out at the end of last season and he has signed to play for San Diego in US-based Major League Rugby.

Under French law, suspended jail sentences are not served by offenders unless they commit another crime in the five years following their conviction.