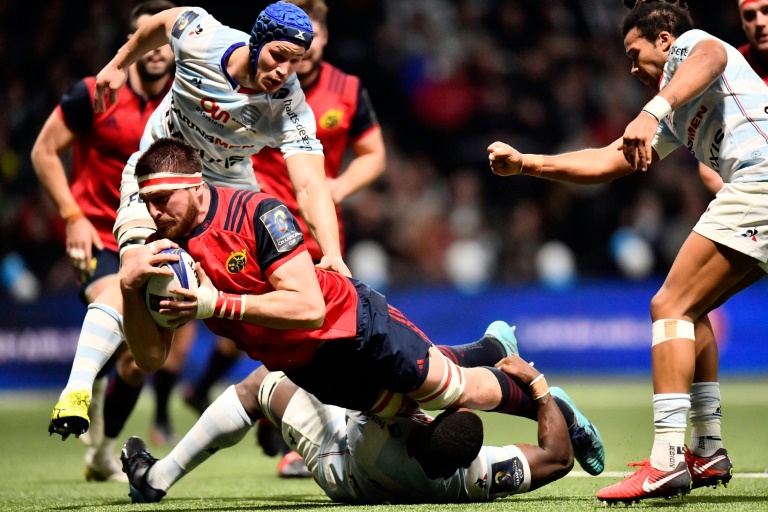 Jean Kleyn (centre) is set to make his Test debut for Ireland against Italy in a Rugby World Cup warm-up match. (Photo: AFP)

Jean Kleyn has the chance to stake a late claim for a place in Ireland's Rugby World Cup squad after he was selected for their first warm-up match against Italy on Saturday.

The 25-year-old South Africa-born lock, who won the 2014 Currie Cup with Western Province, became eligible to play for the Irish only this week under residency rules.

Munster's Kleyn will partner veteran Devin Toner in the second row in a largely experimental line-up featuring few of their regular starters.

Head coach Joe Schmidt, who is expected to return for the match after flying to New Zealand because of a family bereavement, has given Leinster's Luke McGrath an early chance to impress and state his case to be back-up scrum-half to first-choice Conor Murray.

Kieran Marmion, who has been an effective stand-in for Murray when he has been injured, is on the bench.

Murray's long-time half-back partner at Test level, world player of the year Johnny Sexton, is recovering from a thumb injury so Joey Carbery gets to start at fly-half.

Flanker Rhys Ruddock will captain the side as Schmidt is resting regular skipper Rory Best ahead of the other three Tests before Ireland fly to Japan, where they open their campaign on September 22 against Scotland.

Ireland play England at Twickenham on August 24 followed by a double-header with this year's Six Nations Grand Slam winners Wales, in Cardiff on August 31 and then Dublin on September 7.

Schmidt and Best, who will be appearing in his fourth World Cup, are both preparing for their final competitive tournament with the national side.

The pair steered Ireland to two historic victories over world champions New Zealand and to last year's Grand Slam, only the third in the country's history.