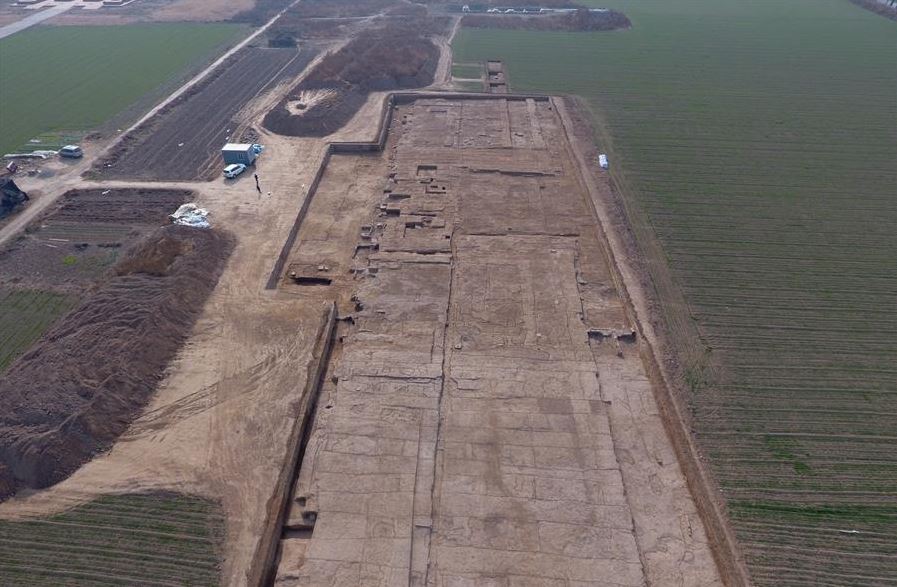 ZHENGZHOU, March 21 (Xinhua) -- Archaeologists in central China's Henan Province have found a gate of the Northern Wei Dynasty (386-534) imperial palace in the city of Luoyang, the dynasty's capital.

Archaeologists discovered the rammed earth foundation of the gate in 2018, but most its above-ground parts no longer exist, according to Liu Tao with the Institute of Archaeology under the Chinese Academy of Social Sciences, leader of the excavation project.

Liu added that the ruins were later confirmed to be the remains of the western gate of Taiji Hall, the imperial palace's main hall.

Historical records show that officials in the Northern Wei Dynasty used to park their sedan chairs and carriages outside the gate before they entered the Taiji Hall to meet the emperor, he said.

The excavation project started in 2018 after archaeologists found a large area of rammed earth in the imperial palace through drilling and analysis of land vegetation.

Excavation of the imperial place is still underway, and archaeologists are working to further protect the relics.

Luoyang has a history of some 3,000 years and was the capital of 13 dynasties in ancient China.