CULTURE Ruiz says pressure all on Joshua ahead of Saudi rematch

Ruiz says pressure all on Joshua ahead of Saudi rematch 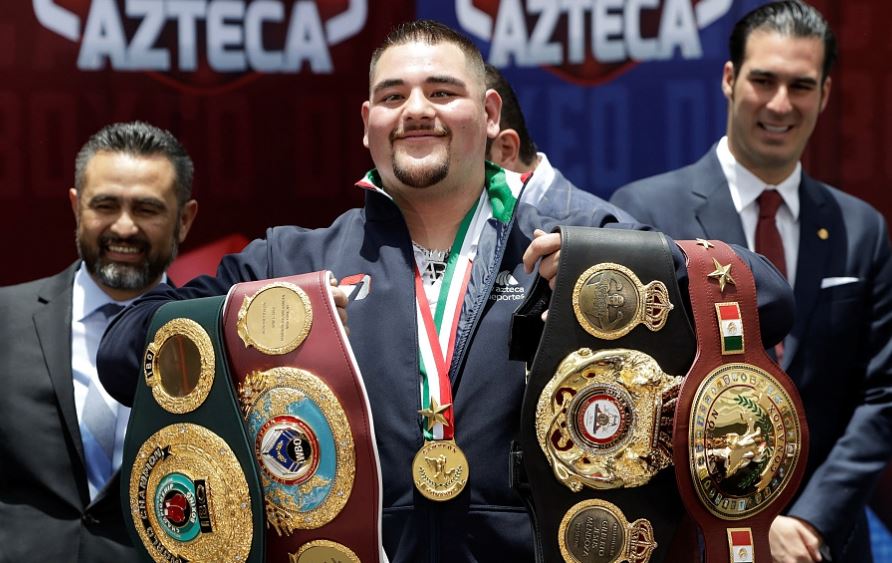 Heavyweight champion Andy Ruiz Jr said Monday that all the pressure will be on dethroned champion Anthony Joshua in their contentious showdown in Saudi Arabia.

Ruiz, who was born in the US but fights as a Mexican, caused one of boxing's biggest upsets in New York in June when he handed Joshua a first defeat to win the WBA, IBF and WBO crowns in New York.

The pair will fight the rematch on Saturday in Diriyah, close to the Saudi capital Riyadh, in a hotly-anticipated contest dubbed "Clash on the Dunes."

"We've got to see where he's at because all the pressure is on him. The pressure isn't on me because I followed my dream, made my dreams come true," Ruiz said in Riyadh.

"Of course I want more though – I want the legacy of Andy Ruiz Jr."

Joshua said he was "comfortable" and "very relaxed" ahead of the rematch.

"I was this close last time, so next time I won't mess up."

Ruiz said he was "happy to be here in Saudi Arabia."

"It feels really good. I feel at home you know. Everybody has been treating me with love and especially enjoying the really good food that they have in this country," he said.

Besides boxing, In February, Saudi Arabia hosted a first European Tour golf event while the world's most grueling motor sports race, the Dakar Rally, will be held in the country in 2020.