Russell, Nets climb out of early hole to beat Hawks

D'Angelo Russell scored 23 points, Ed Davis grabbed a season-high 16 rebounds, and the Brooklyn Nets climbed out of an early 19-point hole to beat the Atlanta Hawks 116-100 on Wednesday night. 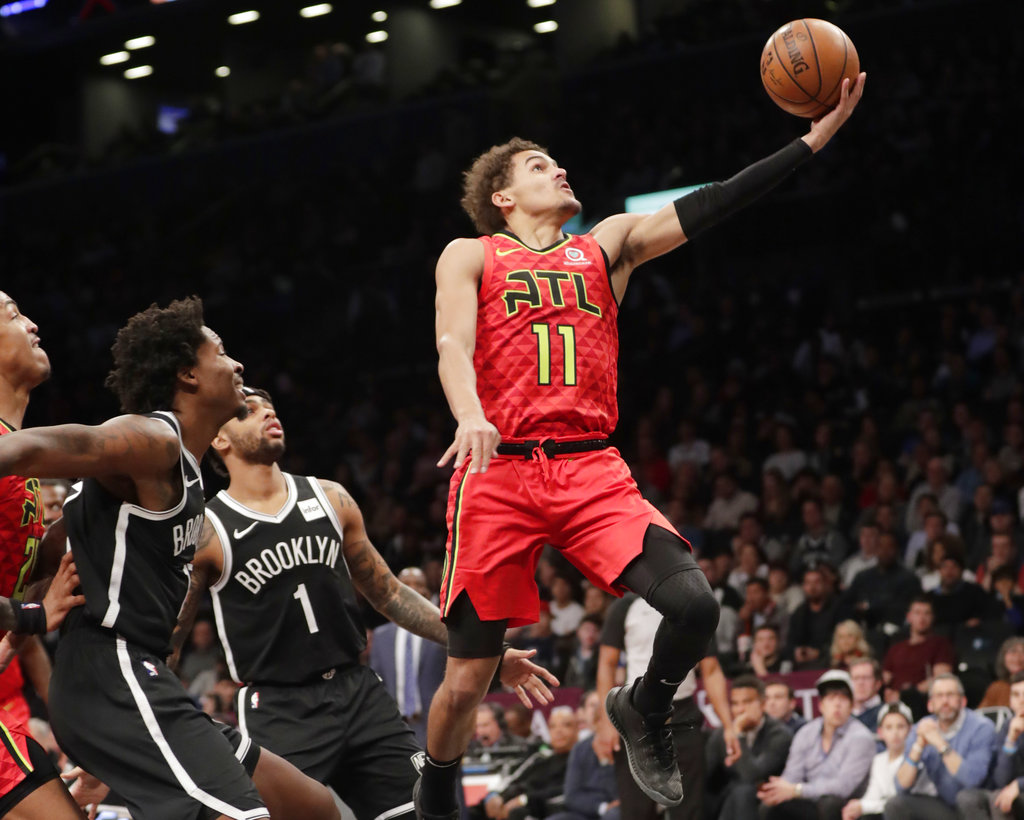 DeMarre Carroll added 17 points to help the Nets improve to 21-22 with their eighth victory in their last nine home games. They managed only 20 wins for the entire season just two years ago, but have engineered a big turnaround after a slow start to this season. On Wednesday, they did the same thing in the game.

They yielded 46 points in the first 15 minutes, then held the Hawks to 37 points over the next 25 minutes.

Joe Harris, back after a one-game absence with a sprained right ankle, scored 16 points, as did Spencer Dinwiddie.

John Collins had 30 points and 14 rebounds for the Hawks, who may have run out of steam after their strong start while playing on the second straight night. Trae Young had 17 points and seven assists, and Jeremy Lin added 16 points. 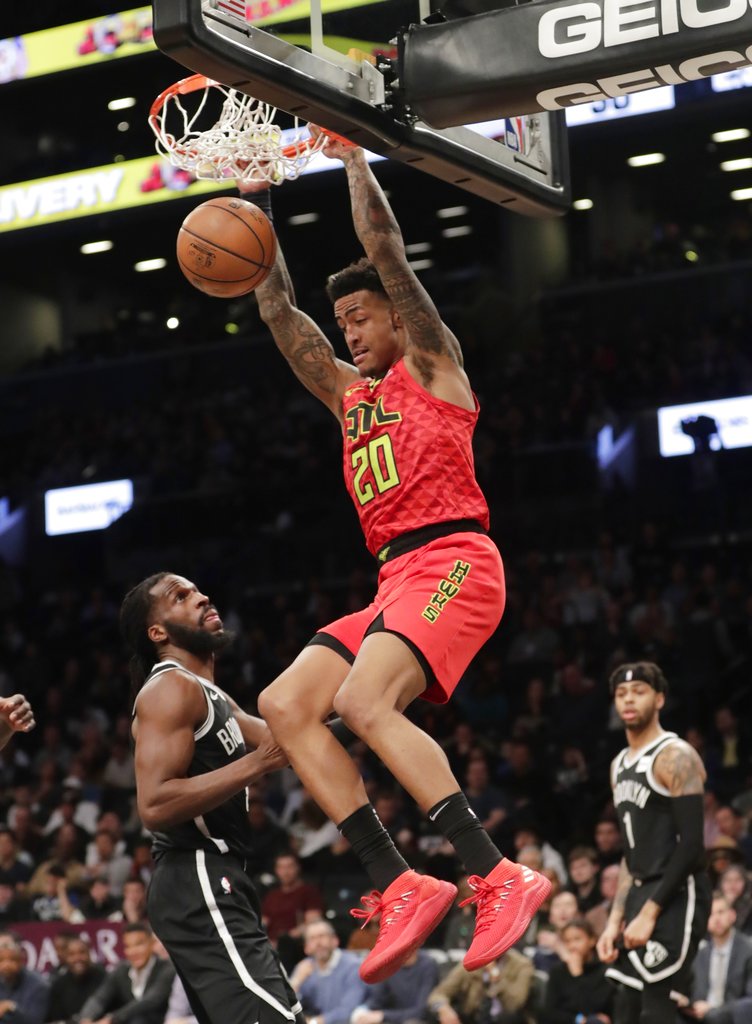 Atlanta Hawks' John Collins (20) dunks in front of Brooklyn Nets' DeMarre Carroll (9) during the first half of an NBA basketball game Wednesday, Jan. 9, 2019, in New York.

Bradley Beal scored 14 straight points in the fourth quarter and finished with 34 to help Washington beat Philadelphia for a split of the home-and-home set.

Otto Porter Jr. added 23 points, his most since returning from a quadriceps injury this month, and Trevor Ariza had 17.

Joel Embiid had 35 points and 14 rebounds for the 76ers. They committed 23 turnovers, and had a four-game winning streak end.

Jimmy Butler added 23 points, and Ben Simmons had 15 points and 10 rebounds for Philadelphia. A night after hitting more than half of its 31 attempts from beyond the arc, Philadelphia shot 8 of 27 from 3-point range, going 3 of 20 in the first three quarters. 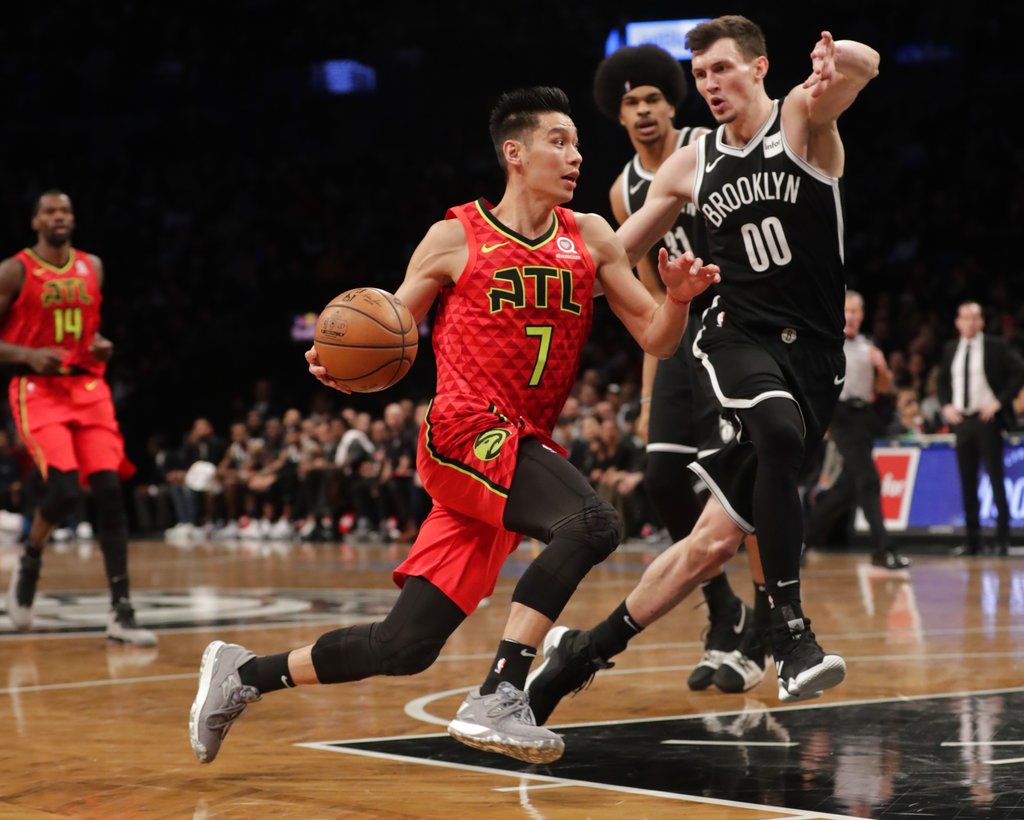 Kyrie Irving had 12 points before sitting out the fourth quarter, and the Celtics put together their highest-scoring game this season to get their fourth straight win.

Domantas Sabonis had 20 points and seven rebounds for the Pacers. They had won seven of eight.