Russia shockingly eliminated Spain from the World Cup, surviving two hours of dominance by the 2010 champions in a 1-1 draw and then winning a penalty shootout 4-3.

Russia’s captain and goalkeeper Igor Akinfeev saved spot-kicks from Jorge “Koke” Resurreccion and Iago Aspas, and four of his teammates all scored.

Spain dominated the ball during the game — completing more than 1,000 passes — but was too passive against a well-organized Russian defense.

Spain led in the 12th minute when captain Sergio Ramos helped force Russia’s Sergei Ignashevich into an own goal when his back was turned to the play. The 38-year-old defender diverted a crossed ball into the net with his heel.

An error in Spain’s defense let Russia level in the 41st, after Gerard Pique’s raised arm blocked a header by Artyom Dzyuba at a corner.

Russia next plays Croatia or Denmark who play later Sunday. The quarterfinal is on Saturday evening in Sochi. 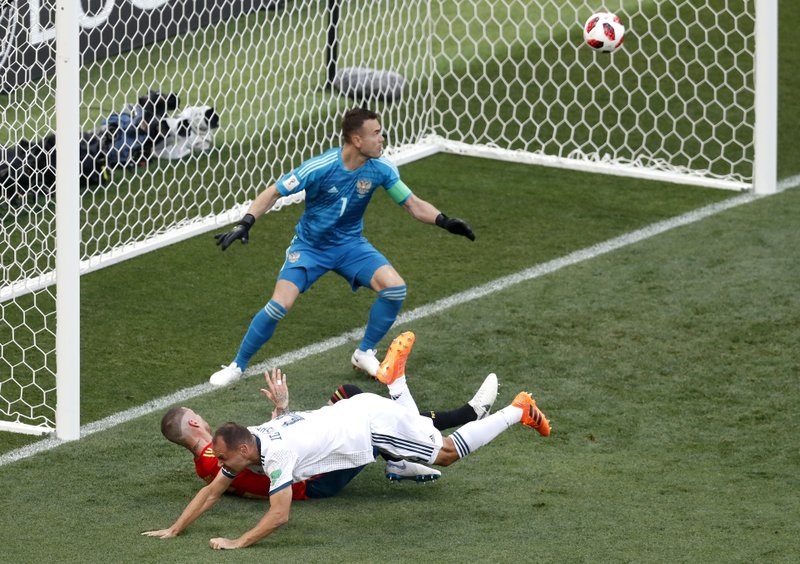