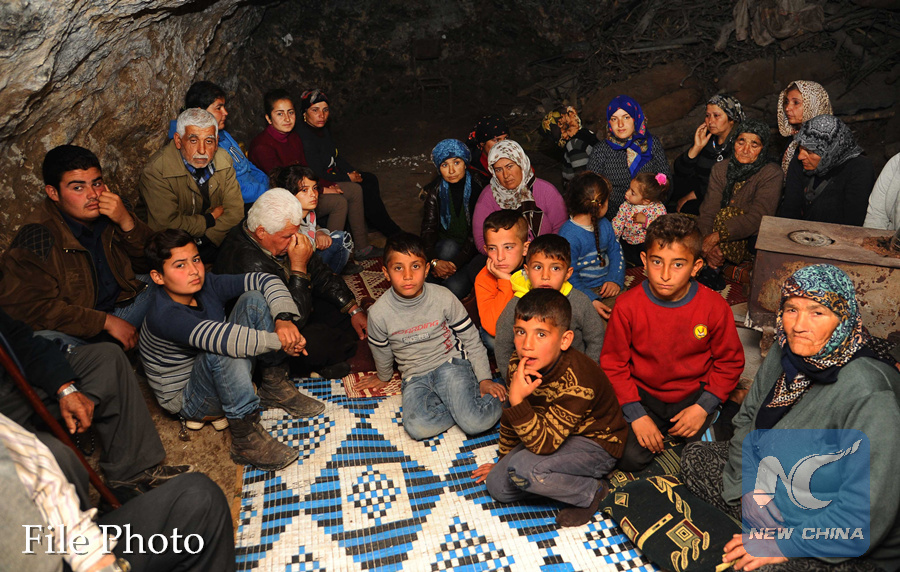 Syrian Kurdish people stay in a cave in a village in the countryside of the Kurdish-controlled enclave of Afrin, northern Syria, on Feb. 8, 2018. Photo: Xinhua

In a phone conversation, the two leaders discussed the prospects of a political settlement in Syria, according to a Kremlin statement.

The two presidents expressed their "interest in promoting inclusive intra-Syrian talks in Geneva based on UN Security Council Resolution 2254 with due account for the results of the Syrian National Dialogue Congress, which was held in Sochi on January 30," the Kremlin said.

Last week, the delegates of the Syrian National Dialogue Congress agreed on the main principles of a political settlement in Syria and formed a committee to promote constitutional reform.

They touched on the situation in Ukraine and highlighted the importance of full implementation of the Minsk agreements as the basis for a peaceful settlement of the Ukrainian conflict.

The state heads also exchanged views on the preparation for Macron's visit to Russia and his participation in the St. Petersburg International Economic Forum in May.