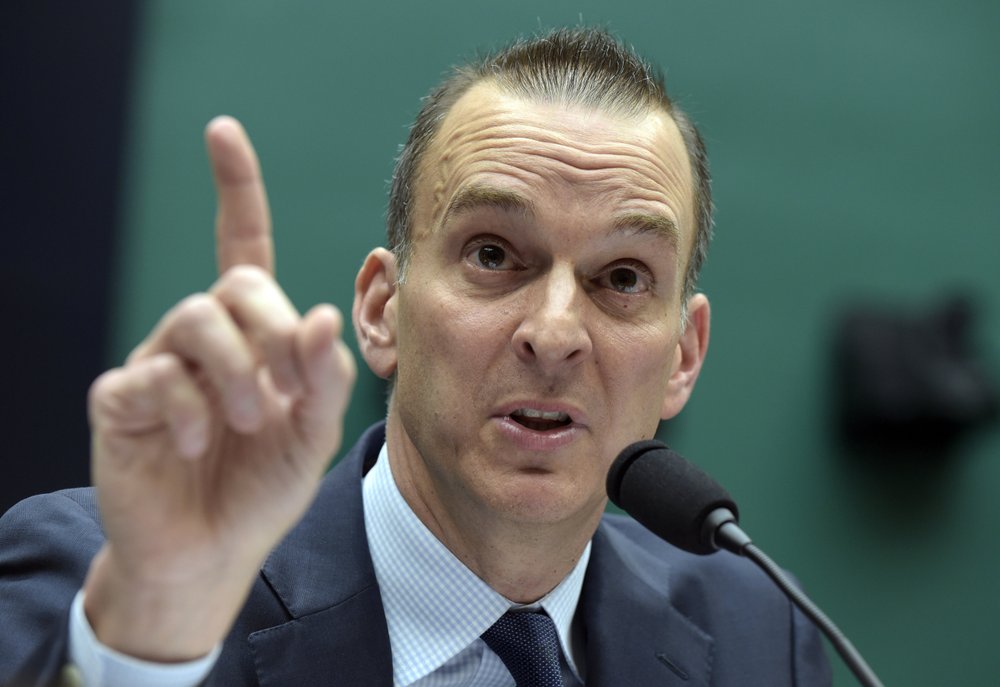 In this Feb. 28, 2017, file photo, Travis Tygart, the chief executive officer of the US Anti-Doping Agency, testifies on Capitol Hill in Washington. (Photo: AP)

The fight was about doping. The United States delivered haymakers. Russia came back with jabs.

The proverbial blows were delivered Wednesday in a vast conference room in Poland during a pair of 3-minute speeches that cut through the tedium of an otherwise sleepy rule-making forum held by the World Anti-Doping Agency.

Those speeches — one from Travis Tygart of the US Anti-Doping Agency, the other from Russian sports minister Pavel Kolobkov — illustrated the wide gap in perceptions about what, exactly, has transpired over the past five years in the wake of a government-backed doping scheme in Russia that has upended the Olympic world and, most recently, imperiled the country’s eligibility for next year’s games.

“We cannot allow one country’s proven state-sponsored doping system to steal medals and glory from clean athletes,” Tygart said. “The Tokyo Games will be at least the fifth Olympic Games where state doping, and not clean athletes, are the issue.”

Not far from Tygart sat Kolobkov, whose turn at the microphone came about a half-hour later and was filled with familiar Russian talking points.

“Now, there has become a vital need for a new generation of athletes,” Kolobkov said, reminding the audience “that sport is out of politics, that sport unites.”

Russia, with occasional encouragement from WADA and the International Olympic Committee, has often portrayed the push for harsh sanctions as being driven by political interests in the West.

Tygart and many of his Western counterparts have turned to the evidence from a pair of WADA-backed investigations — one in 2015 and one in 2016 — that uncovered a state-sponsored doping system designed to win medals at the Sochi Olympics and other major events.

WADA has struggled to bring the country back in line.

It agreed to reinstate a reconfigured Russian anti-doping agency in exchange for data from the Moscow testing laboratory that would be used to corroborate cases stemming from the scandal.

But earlier this year, proof emerged that the data has been tampered with, leading to a new investigation, the results of which should be revealed later this month.

The Russian imbroglio is not a major agenda item this week, but there was no pretending the issue — the corruption as well as the way WADA and the IOC have handled it — hasn’t been front and center at this conference.

“We must have a strong, independent WADA — not a weak service provider some have enjoyed over the last several years,” Tygart said, as WADA President Craig Reedie and many of the agency’s executives looked on.

America’s newly appointed White House anti-doping representative, Kendel Ehrlich, piled on in her own speech later, saying the Russia scandal has dragged on far too long.

Ganus has been critical of his own country in his quest to make sure his agency isn’t penalized for the acts of others. His main argument is that the misdeeds in Russia were committed under previous management. He called for WADA to take a “wise and differentiated approach in deciding on this issue.”

“Independence is determined by the length of the dog’s leash,” Ganus said.

WADA’s decision, which could, in turn, be appealed to the Court of Arbitration for Sport, could very well determine whether Russia will be allowed to compete next year in Tokyo.

One thing the Russians and Americans have in common: They view it as a cut-and-dried case.

“We discharged all the obligations that depended on us,” Kolobkov said. “Throughout these years we have been in closer cooperation with WADA than ever before.”