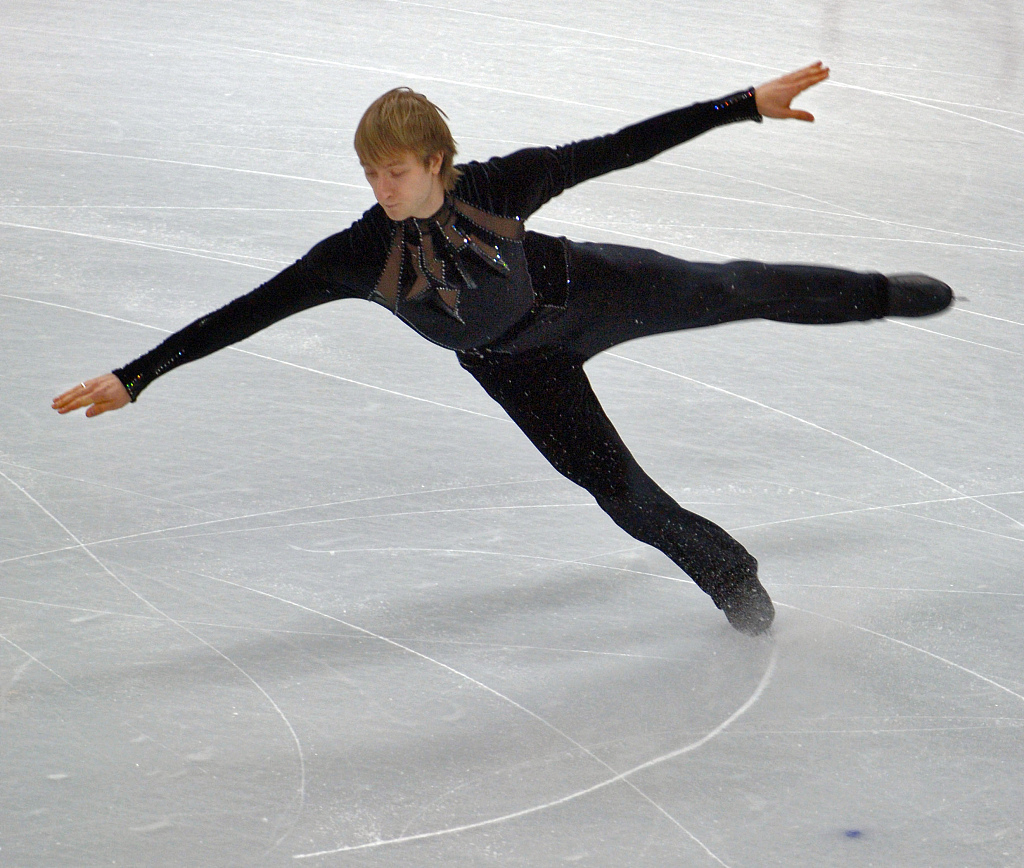 A sports talent needs more than just training and discipline to progress – it requires a nurturing environment. For Russian legend Evgeni Plushenko, the passion for figure skating came to life and developed in the city of Saint Petersburg.

Plushenko was born in 1982 in Khabarovsk Krai, in the Russian Far East. He was introduced to the sport by chance when his friend's mother gifted the young boy a pair of figure skating shoes. Plushenko's mother thought it would be a great way for her son to improve his physical health.

Early training proved that Plushenko was a figure skater by nature, as the boy bagged his first gold medal at the age of seven.

When he was 11 years old, Plushenko started his story with St. Petersburg after he left his hometown training center, which had shut its door, for a new city life to continue figure skating.

"When I first set foot in the place, I had only one dream by then which was to practice figure skating here," he said about the Yubileyny Sports Palace. The old-fashioned sports stadium built in 1967 was where his career took off, stretching over 20 years in St. Petersburg, a city that witnessed the highs and lows of his professional life.

No pain, no gain

Plushenko's success in the ice rink was the result of self-discipline and commitment.

He learned ballet at a young age and combined the performance dance with the sport throughout his career. His ballet classes gave him more flexibility than his peers, but Plushenko kept pushing the boundaries.

He was able to perform a Biellmann spin, conventionally performed by female skaters, becoming the first male skater in senior competitions to execute the one-foot spin while holding by arms the other foot extended over and behind the head.

But these physical feats came with physical pain as Plushenko underwent many surgeries following injury. According to the Daily Dot news website, the Russian star had his 13th back surgery in 2014. By then, over 50,000 tiny bolts had been inserted into his spine.

Plushenko had another surgery in 2016, according to AFP.

"I was forced to undergo surgery as the hernia pressurized the nerve and my left hand was almost completely non-operational," he said. "I am normal people like you. I am not a robot."

'Best' on the ice

The four-time Olympian's quest for gold ended during the 2014 Sochi Olympics. He announced he was retiring shortly after he withdrew from the men's individual event, although he still took the ice in the team's event and won the gold medal.

The "Best of Plushenko" was the name of the team event performance that the Russian hero staged for his home audience, scoring 168.20 and securing gold.

It was a five-and-a-half-minute medley of several spectacular shows that he once performed on ice, during which the background music changed as he jumped and spun and glided. He included choreography from such important performances as Saint Petersburg 300 (years), the Godfather, Tribute to Nijinsky (an homage to Vaslav Nijinsky, the greatest ballet master of the early 20th Century), Tango Amore, Tosca, and Adagio.

Outside the competitive rink, he also starred in a number of classic ice dance shows, including the Swan Lake. In 2017, Plushenko founded his own school "Angels of Plushenko" to urge and support youngsters to learn figure skating.