The Russian Olympic Committee says it's appealed a Moscow court ruling which sought to overturn a doping disqualification against a double gold medalist from the Sochi Winter Olympics. 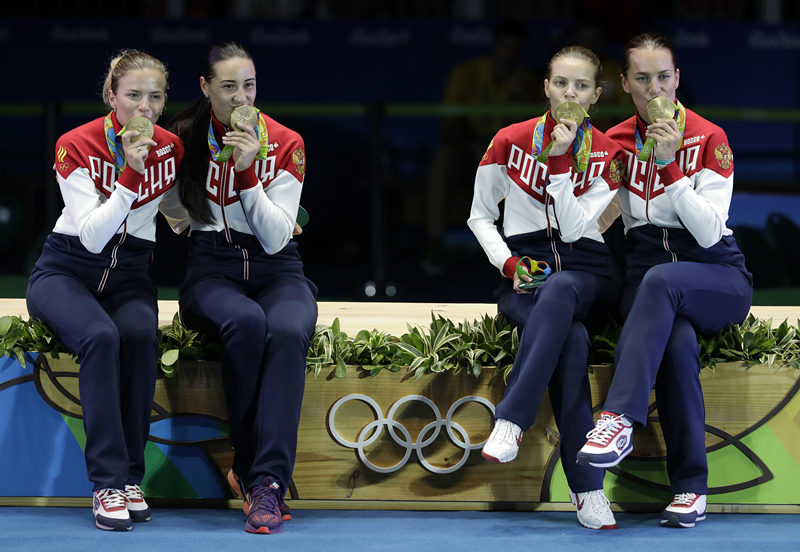 Fencers of the Russian team pose for a photo on the podium after winning the gold medal in a women's team sabre fencing final at the 2016 Summer Olympics in Rio de Janeiro, Brazil, Saturday, Aug. 13, 2016. (File photo: AP)

The Moscow City Court ruled last month that bobsledder Alexander Zubkov could keep his medals because a Court of Arbitration for Sport decision to uphold his disqualification wasn't valid in Russia.

That was widely seen as a challenge to the authority of CAS and the International Olympic Committee.

The ROC says the CAS ruling is valid under international law and that ignoring it could lead to more sanctions against Russia from the IOC.

The ROC adds it's concerned the Moscow court ruling could "give rise to doubt that Russia truly observes the main principles of the fight against doping."