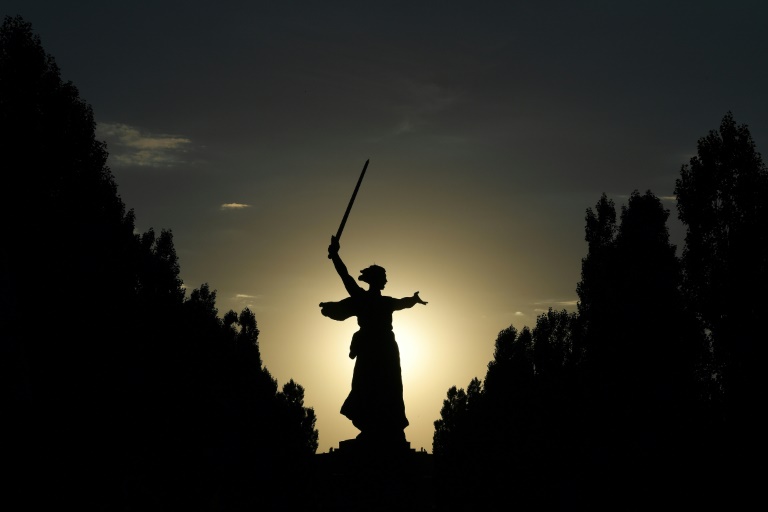 The Battle of Stalingrad in WWII saw devastating losses with more than a million troops killed on each side. (Photo: AFP)

Two Russian sisters have been reunited 78 years after they were separated by the turmoil of World War II, thanks to a television show and a police search.

In footage of their meeting late last month provided by the interior ministry, Yulia and Rozalina Kharitonova, now 92 and 94, hugged and kissed as their family members watched in tears.

As teenagers, the sisters lived with their parents in Stalingrad, the city now known as Volgograd that saw one of the bloodiest battles of World War II. They were separated in 1942 as civilians were being evacuated to escape Nazi encirclement.

The younger sister Yulia, who was born in 1928, was evacuated with her mother to the city of Penza some 500 kilometres (310 miles) to the north.

Meanwhile the elder sister Rozalina, born in 1926, was evacuated with her factory workmates to the industrial city of Chelyabinsk some 1,400 kilometres (870 miles) to the northeast in the Urals.

"After being separated in their youth, these women never lost hope of seeing each other again over 78 long years," police spokeswoman Irina Volk said in a statement.

The two women met again in Chelyabinsk, Volk said, after Yulia's daughter asked police for help to track down her mother's sister.

Rozalina had already tried to find her sister, without success, through a television show that looks for missing family members.

Russian police found out that Rozalina had appeared on the show and made the connection, contacting both women and organising a reunion.

Russia is set to hold large-scale celebrations on May 9 this year to mark 75 years since Allied victory over the Nazis.

The USSR suffered particularly heavy losses of some 27 million people, according to official figures.

The Battle of Stalingrad saw devastating losses with more than a million troops killed on each side during fighting that lasted over six months.

The Nazi surrender in February 1943 proved a turning point in the war leading to the eventual defeat of Hitler's forces.