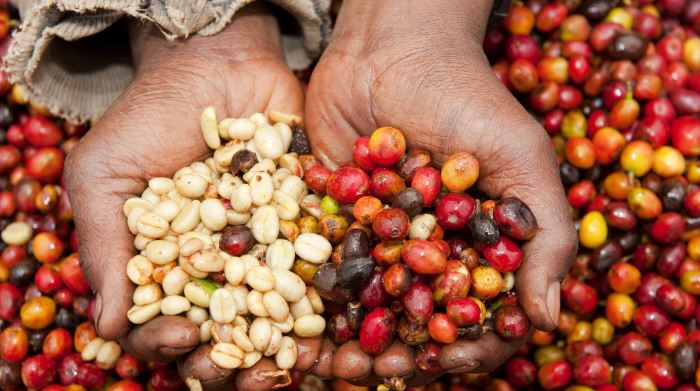 Dubbed as a “Land of a Thousand Hills”, Rwanda enjoys increasing fame globally for its sweet and full-bodied coffee beans thanks to its high altitude and special land formations.

Located in the heart of equatorial Africa, the largely mountainous country is dominated by the central plateau at an average height of 1,700 meters above sea level. The high altitude brings complexity to the flavor profiles of Rwandan coffee.

In addition, the mild climate and nitrogen-rich volcanic soil provide a favorable environment for growing coffee trees, producing Rwanda specialty coffee with the syrupy and heavy mouthfeel and has become a hit, especially with coffee lovers.

Few people, however, know that coffee isn’t native to this landlocked country that embraces a long agricultural development history and rich culture of coffee producing.

Similar to other African countries, the first seed of coffee trees was brought in by German missionaries who grew them in a churchyard in Rwanda in 1904. Since then, it also grew to represent more economic opportunities for many Rwandan families in poverty, and was one of the most valuable crops of the bruised nation after the 1994 catastrophic genocide, when an estimated one million Rwandans were murdered within a span of 100 days.

In the wake of tragedy, projects were launched to reactivate the stagnant national economy. Organizations with the aim to revitalize the country’s agriculture such as the Partnership for Enhancing Agriculture in Rwanda through Linkages (PEARL) and Sustainable Partnership to Enhance Rural Enterprise and Agribusiness Development (SPREAD) were founded.

The organizations work with rural communities across Rwanda and build market linkages for local agricultural products. As one of the crops of greatest value, coffee became one of the main focuses in the country’s agricultural development plans.

Native coffee producers were supported through more training and investment in infrastructure. And in 2001, National Agricultural Export Development Board (NAEB) was established to further promote agricultural improvement and “contribute to the growth and prosperity of the country.”

To make Rwandan coffee more competitive in the international market, the government and bodies have taken great efforts to enhance production and processing practices of coffee beans to improve the quality.

Rwandan farmers, who individually processed coffee on their own farms and mixed them with those from neighboring farms to sell in the past, were incentivized to adopt the fully washed processing method – to bring collected coffee cherries to nearby coffee washing stations for processing.

There are 245 washing stations across the country according to the NAEB with each could service up to 100 farms. And more than 500,000 Rwandans toil to produce the high-quality coffee beans and lead better lives.

The fully washed coffee has become a typical sign of Rwanda coffee with unique flavor profiles, among which Bourbon coffee beans, one type of Rwandan Arabica coffee, obtains worldwide prestige for its excellent flavor and quality.

Though the wound left by the catastrophe is hard to be fully cured, Rwanda is trying to rewrite its future via “positioning itself as a specialty coffee producer.”

Today, coffee seeds spread across the country are growing vigorously and will eventually be transported and welcomed worldwide, which again, proves that peace and human coexistence are the most precious assets for all communities.