CULTURE Sánchez, not Scherzer, starts for Nats vs. Dodgers in Game 3

Sánchez, not Scherzer, starts for Nats vs. Dodgers in Game 3 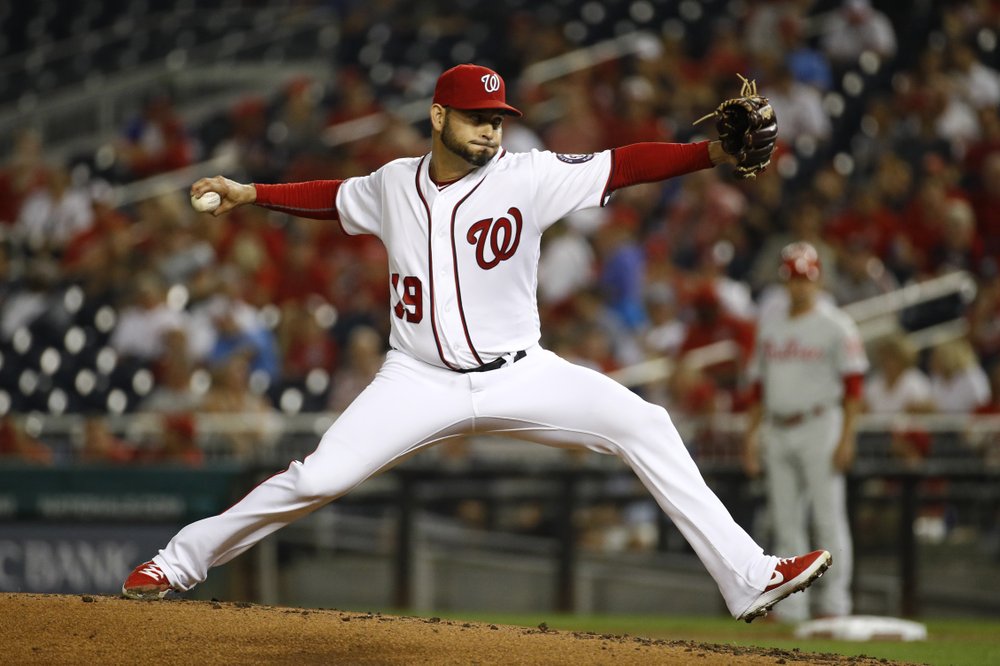 Aníbal Sánchez, not Max Scherzer, will be the Washington Nationals’ starting pitcher for Game 3 of their NL Division Series against the Los Angeles Dodgers.

The Nationals announced the switch Sunday morning, less than nine hours before the game is scheduled to begin.

Scherzer originally had been the pitcher Washington said would be on the mound Sunday in the tied series.

But that plan was thrown into question after Scherzer came on in relief in Game 2 and struck out all three batters he faced in Washington’s 4-2 victory at Los Angeles on Friday night.

He is 2-5 with a 3.12 ERA in 8 previous postseason appearances for Detroit and Atlanta. He started one game of last year’s NLDS between the Braves and Dodgers, allowing three runs in 4 2/3 innings and taking the loss for Atlanta.