South Africa's fast bowlers delivered another quick victory over Pakistan on Monday, a 107-run win early on the fourth day of the final test that sealed a 3-0 series whitewash. 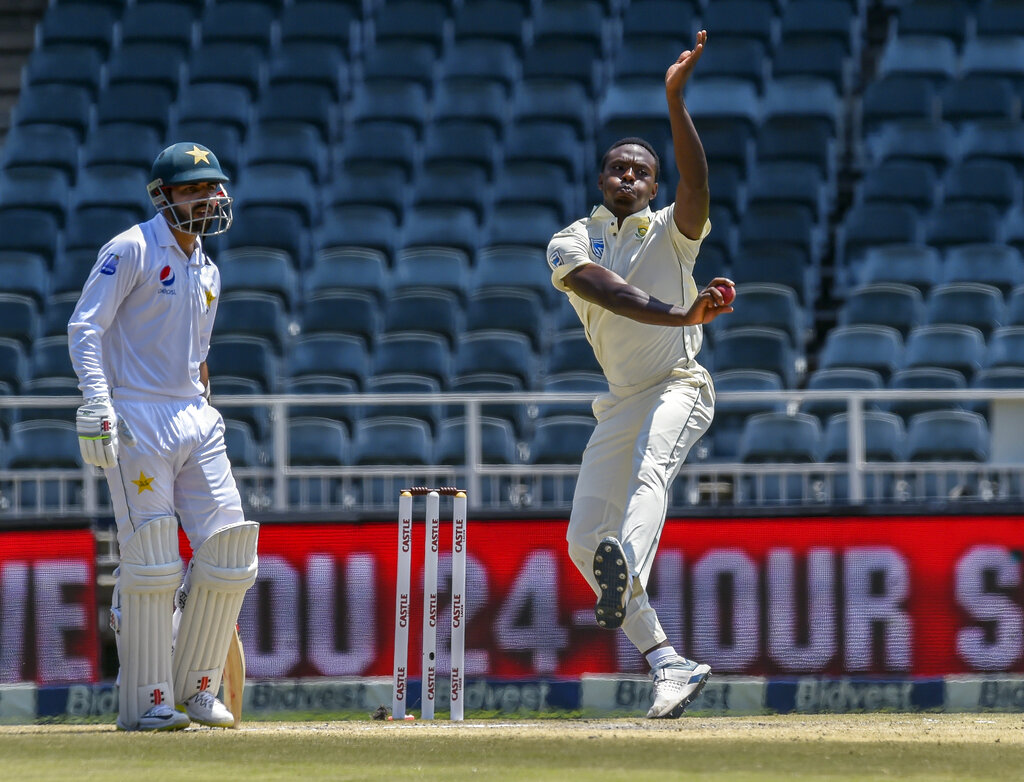 South Africa collected the seven wickets it needed before lunch at the Wanderers as the tourists crashed from 153-3 overnight to 273 all out and well short of their target of 381.

The final nail for Pakistan — a run out — came just after midday as the lunch break was delayed with the home team on the verge of wrapping it up.

That series-ending wicket, when Pakistan No. 11 Mohammad Abbas was run out for 9, was the only one of the 60 wickets for South Africa in the series that didn't fall to one of its four fast bowlers.

Abbas was stranded after a mix-up with Shadab Khan, ending their last-wicket partnership of 31 and Pakistan's last stand.

"A 3-0 series win is right up there," said stand-in South Africa captain Dean Elgar, leading the Proteas with Faf du Plessis serving a one-match suspension for over-rate offenses. "That's what we asked the guys for out of this series and we got it. It's a good way to start the year." 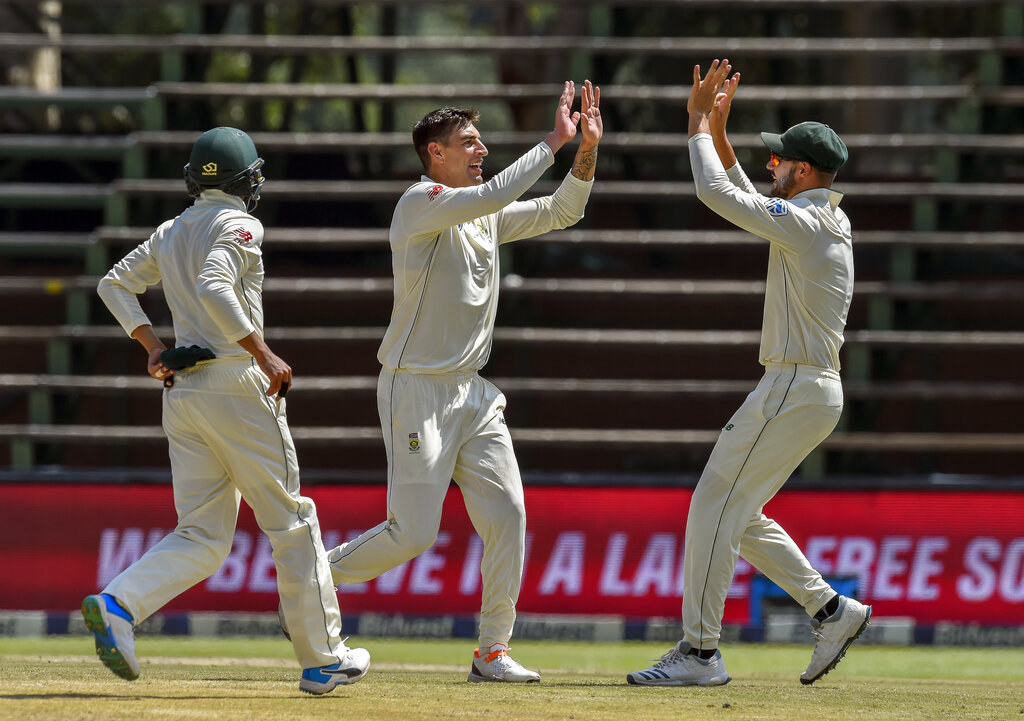 Duanne Olivier was Pakistan's chief destroyer, finishing with 3-74 in the final innings and a series-leading 24 wickets in the three tests, just one wicket short of the South African record for a three-test series.

Olivier was man of the series yet only played because fellow fast bowler Lungi Ngidi was ruled out with injury.

Olivier found a hostile edge to his game on his return to test cricket after being out of the team for more than a year. He bowled short and fast throughout to bombard the Pakistan batsmen and give South Africa a new weapon in an already-strong fast-bowling arsenal.

Olivier had top-ranked test bowler Kagiso Rabada, No. 4-ranked Vernon Philander and leading South African wicket-taker Dale Steyn to back him up, a fearsome foursome that South Africa hopes could take it to No. 1 in the world.

The four-pronged pace attack saw South Africa to a seventh consecutive series victory at home, a ninth win in its last 11 series anywhere, and up to No. 2 in the test rankings behind India.

"Each bowler brings something different," Olivier said. "Vernon has tremendous skill, KG (Rabada) has raw pace, and Dale's record speaks for itself. For me it was just trying to bring something different to the team and I got rewarded for that. It obviously worked quite well." 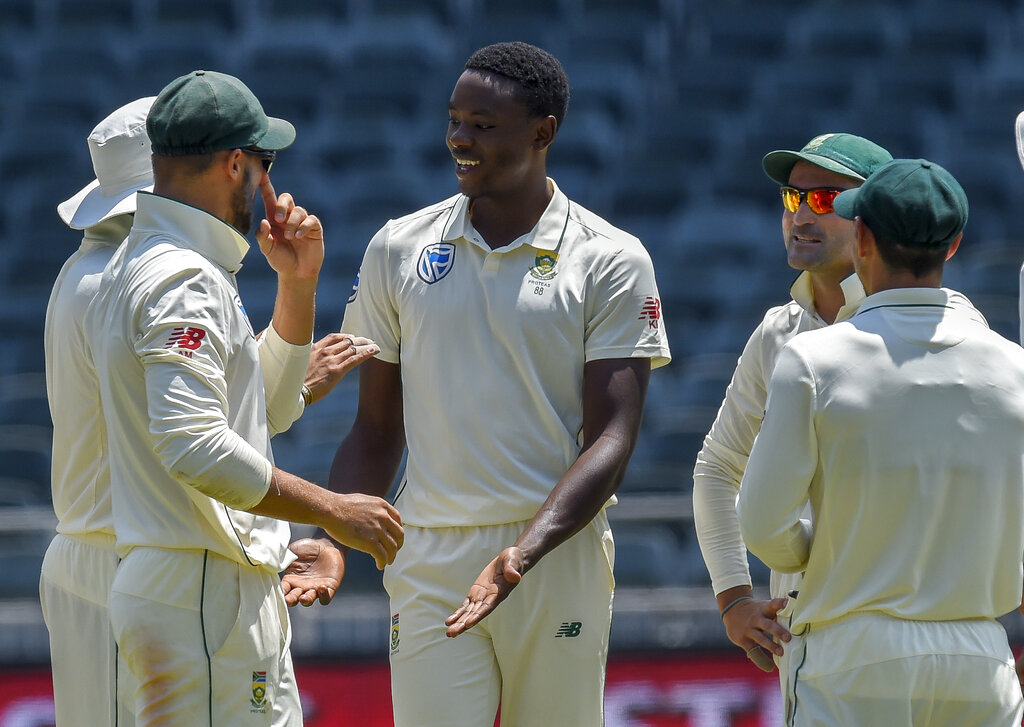 Pakistan lost a second straight series after its defeat at home to New Zealand, but followed top-ranked India and Australia in failing against the Proteas pacemen and losing a series in South Africa in the last 12 months.

Pakistan showed fight late on Day 3 on Sunday but any hopes of a dramatic comeback were snuffed out in two rapid deliveries from Olivier on Monday morning.

Charging in for his second over of the day, and South Africa's third, Olivier sent a short ball throat-high to Babar Azam, who gloved a catch to wicketkeeper Quinton de Kock. Olivier knocked over Sarfraz's off stump next ball and Pakistan was suddenly 162-5 and in trouble.

Asad Shafiq made 65 to top-score in the second innings but no Pakistan batsman made a century the entire series. Shadab Khan finished 47 not out and smiled ruefully after contributing to the run out of Abbas that ended the series with another one-sided result.

South Africa won the first test by six wickets in three days, the second by nine wickets on the fourth morning, and again needed just over three days at the Wanderers for a whitewash. 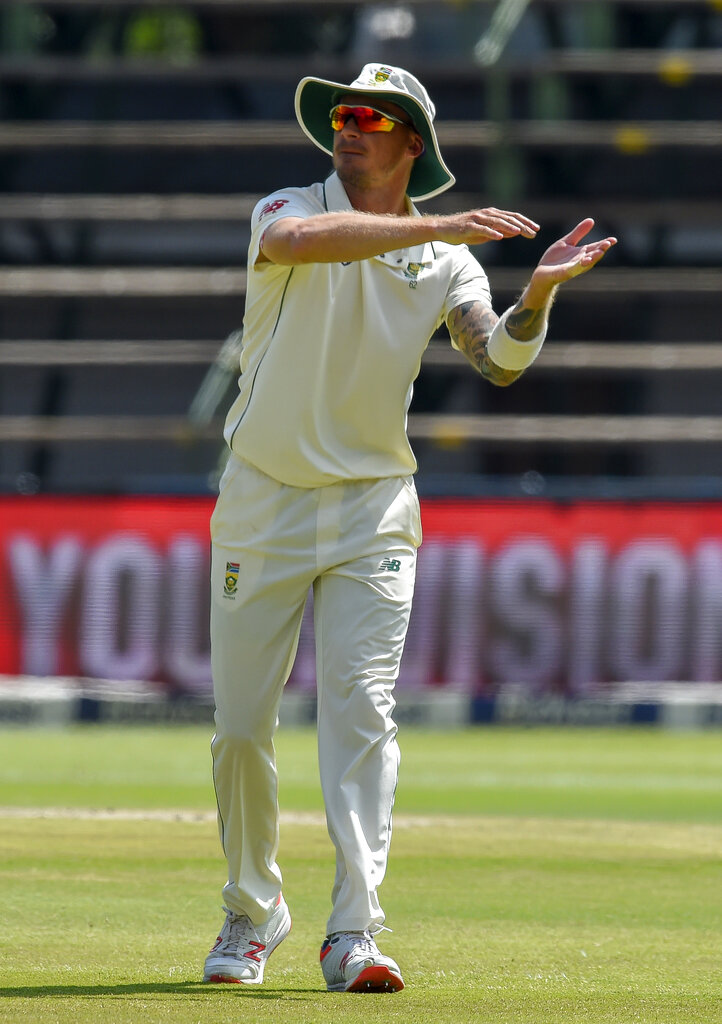 The final run out came four balls into the first over of spin from Elgar.

Those four balls were the only slow bowling from South Africa in the last two tests and might have been the only time it veered away from its fast-bowling attack the entire series if Philander hadn't been injured for the opening match.

"They're awesome to work with," Elgar said of South Africa's fast bowlers. "We're quite fortunate."