Bands like EXO, Wanna One, BTS, and TV series such as Misty and Descendants of the Sun are some of the first things that pop into people's minds when it comes to South Korea. 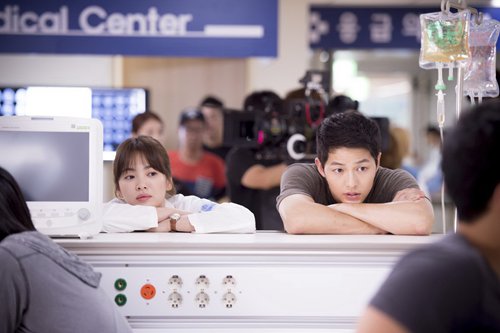 Promotional material for Descendants of the Sun (Photos: IC)

Recently K-pop boy band BTS captured the world's attention by topping the Billboard charts with their album Love Yourself: Tears, the first non-English album to do so over the past 12 years. The rising popularity of South Korean pop culture is nothing new in China, where BTS, together with other celebrated K-pop bands and various TV shows, have huge fan bases. The so-called Korean Wave, or Hallyu, is penetrating many aspects of Chinese people's lives, leading to different entertainment tastes and aesthetic values. 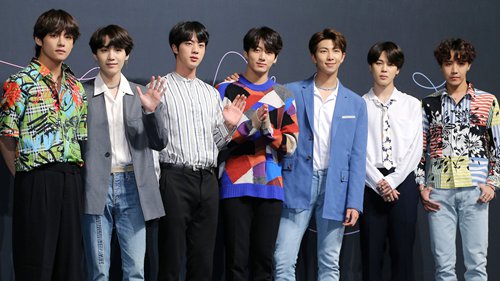 The term "Korean wave" first appeared in China during the 1990s, a time when K-dramas and K-pop began to spread across the country. Following the classic TV series What is Love (1992) - the first South Korean series to air on China Central Television in 1997 - the cultural wave came into a climax in the 2000s when a string of South Korean dramas became house-hold names in China, such as Autumn Fairy Tale, The Temptation of Eve, Miss Mermaid, Full House and Stairway To Heaven. The actors and actresses in the series also became widely known celebrities in China.

However, the cultural wave declined after 2007 due to the homogonous nature and lack of creativity on display in these programs. The "Three Treasured Korean Plots," - cancer, amnesia and death - which once drew tears and broke hearts among Chinese audiences, became tired memes that people laughed at.

However, a new Korean wave soon hit again after 2012 as brand new ideas took off and productions that better suited modern audience's demands, lifestyles and ideologies appeared. The popular 2013 show You Who Came from the Stars and The Heirs quickly won back the hearts of many Chinese fans.

"There is an obvious gap between the old-fashioned South Korean 'cancer dramas' and new TV productions. We were captured by these creative plots almost immediately," said Shi Qihui, a Chinese fan in her 20s who has been watching South Korean TV dramas for more than a decade.

The complete disappearance of cliché storylines and introduction of fast-paced plots, creative settings and more female-orientated and straight-forward romantic relationships have been some of the key factors behind these shows' success.

What is noticeable is that female characters have changed dramatically. Instead of depicting "kind and sweet yet vulnerable" women, strong and independent female characters have become the norm for many shows and fan favorites due to women's increasing social status. The women characters in popular show Descendants of the Sun and the recent Misty are typical examples.

"Shows are always changing, culturally and ideologically, to meet our needs. I think that is why they can stay popular for such a long time," said Shi.

One selling point seems to remain the same as before: "Giving you what you lack," Quan Long, a presenter and producer for Shandong TV, told the Global Times.

"No matter what the story is, the core part is to give you something fancy that you can't really achieve in real life. Say for instance, a handsome and almighty boyfriend, love that crosses social classes, a romance across time and so on," Quan noted. He added that the increased diversity of genre has also helped to boost these TV series' popularity. For instance, crime/detective dramas and judicial-themed shows tend to capture the attention of 30-somethings.

Another key element that has boosted the new "Korean Wave" in China has been the comprehensive introduction of South Korean variety shows. These shows, including both original South Korean ones and localized Chinese versions, have been a great platform for introducing popular South Korean culture to China.

"The industry has already entered a pan-entertainment introduction era, an upgrade from the previous more simple era during which cultural products were just imported into the country," said Jiang Haijun, a cultural industry researcher at the International Cooperation Center under China's National Development and Reform Commission. He noted that the wide introduction of South Korean TV programs and their formats, such as the recent idol competition Produce 101 and reality shows Running Man, Where are We Going, Dad? and Infinite Challenge have caused Chinese audiences to embrace trendy K-pop culture and idols.

Meanwhile, the brands and products surrounding these programs and dramas have further enriched South Korea's cultural and business influence, according to Jiang. For example, make-up and clothing worn by South Korean actresses in popular shows have seen a boost in sales in China.

"One of the fun parts of watching South Korean TV dramas is to study the way they dress and do their make-up. I have also ended up buying many of the skincare products they use," Shi noted, adding that South Korean idols are more "professional" and "entertaining," which is what attracts her to them. Her most recent love is Kang Daniel from Wanna One.

He stressed that the "idol trainee system" in South Korea is much more developed than in China. This allows these entertainers to be better trained, more qualified and better at marketing than their Chinese counterparts when they make public debut both in terms of "talent" and "image-building." In addition, they are better able to cater to younger audiences in the way they promote themselves and interact with their fans.

"Take BTS for example, they were trained by BigHit Entertainment for years and are really good at their jobs. They are extremely active on social media, such as Facebook, and never forget to interact with their fans," said Quan.