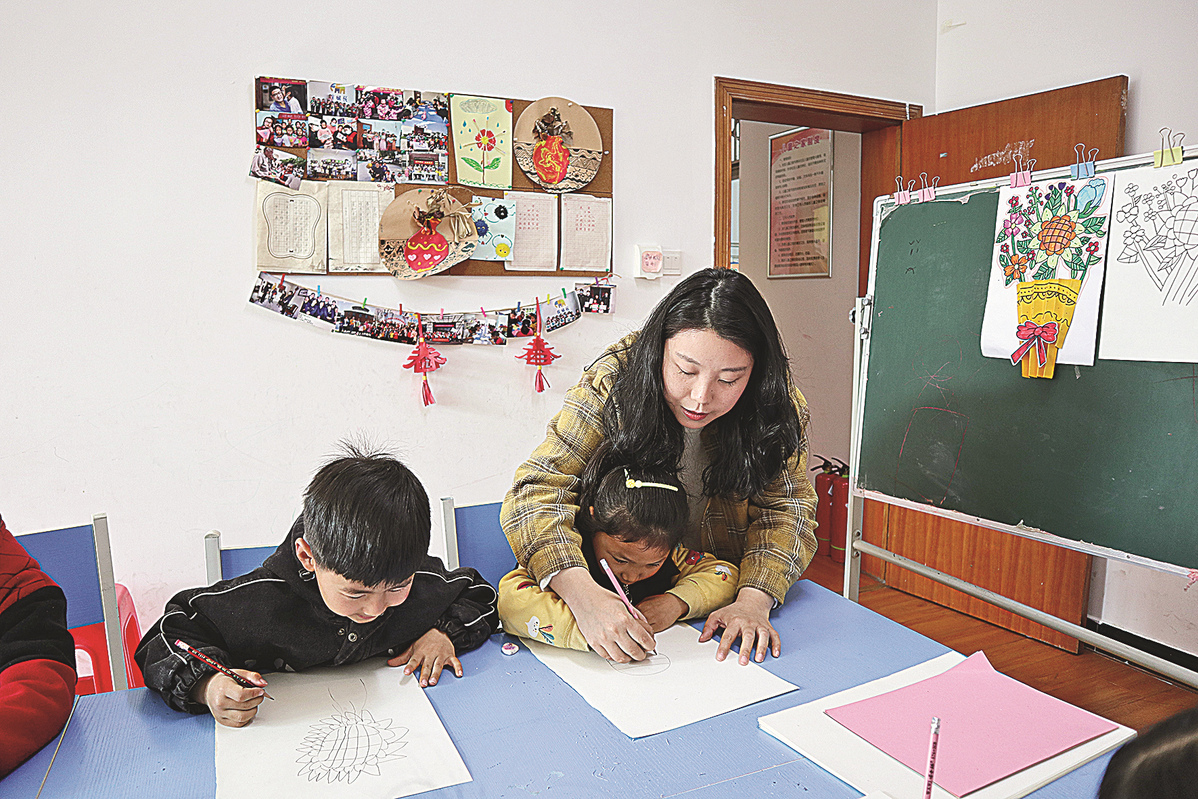 Longwang community is now the last shanty town in Luyang district in ever-expanding Hefei, capital of Anhui province. The area is home to thousands of migrant workers who have come from their rural hometowns to work in Hefei.

Liu Yuhan, 12, lives with his parents in a single-room accommodation of a two-storied building, for which they pay a monthly rent of about 500 yuan ($78.45).

Liu's parents brought him to Hefei years ago. In the early days, when his parents were out at work during the day, Liu had nowhere to go after school. Until help arrived, in the form of Zhang Letian, a 32-year-old woman who returned to Hefei in 2017 after doing a bachelor's course in international communication followed by a master's course in professional accounting, both in Australia.

With her qualification, she could easily have found a stable job and settled down. But a chance encounter with the migrants opened her eyes to the plight of migrant children and it made her change her plans.

Rapid development in the cities is making many rural residents flock to urban areas in search of jobs. In the early years, many of them would leave their children behind, because of the high cost of living and education in the cities.

The few who did bring their children with them could never spare enough time to look after their needs and education or spend on their extracurricular activities.

"Not all migrants know the importance of giving attention to their children," says Zhang, who made use of donations to establish the Hefei Luyang Evergreen Social Work Service Center, a non-government organization to look after the welfare and education of migrant workers' children.

The center has the use of a three-storied building that the local government has provided for free. Zhang has also hired 12 full-time workers to help look after the children.

Thanks to Zhang's efforts, Liu and hundreds of other children like him now have a place to go to after school where they can play, do their homework and engage in activities, such as painting.

"We charge each child about 200 yuan for about four months, to cover the cost of the painting tools," says Zhang.

Last April, she organized a hiking trip for these children and their parents to the local Shushan Mountain.

"As I was relaxing there, the mother of one of the kids came up to me and said she had not had the luxury, all these days, of spending time with her kids under the sun, busy as she had been all these days, working endlessly at a restaurant," says Zhang.

"That's when I realized how my work had made a difference to someone and I will keep doing it."