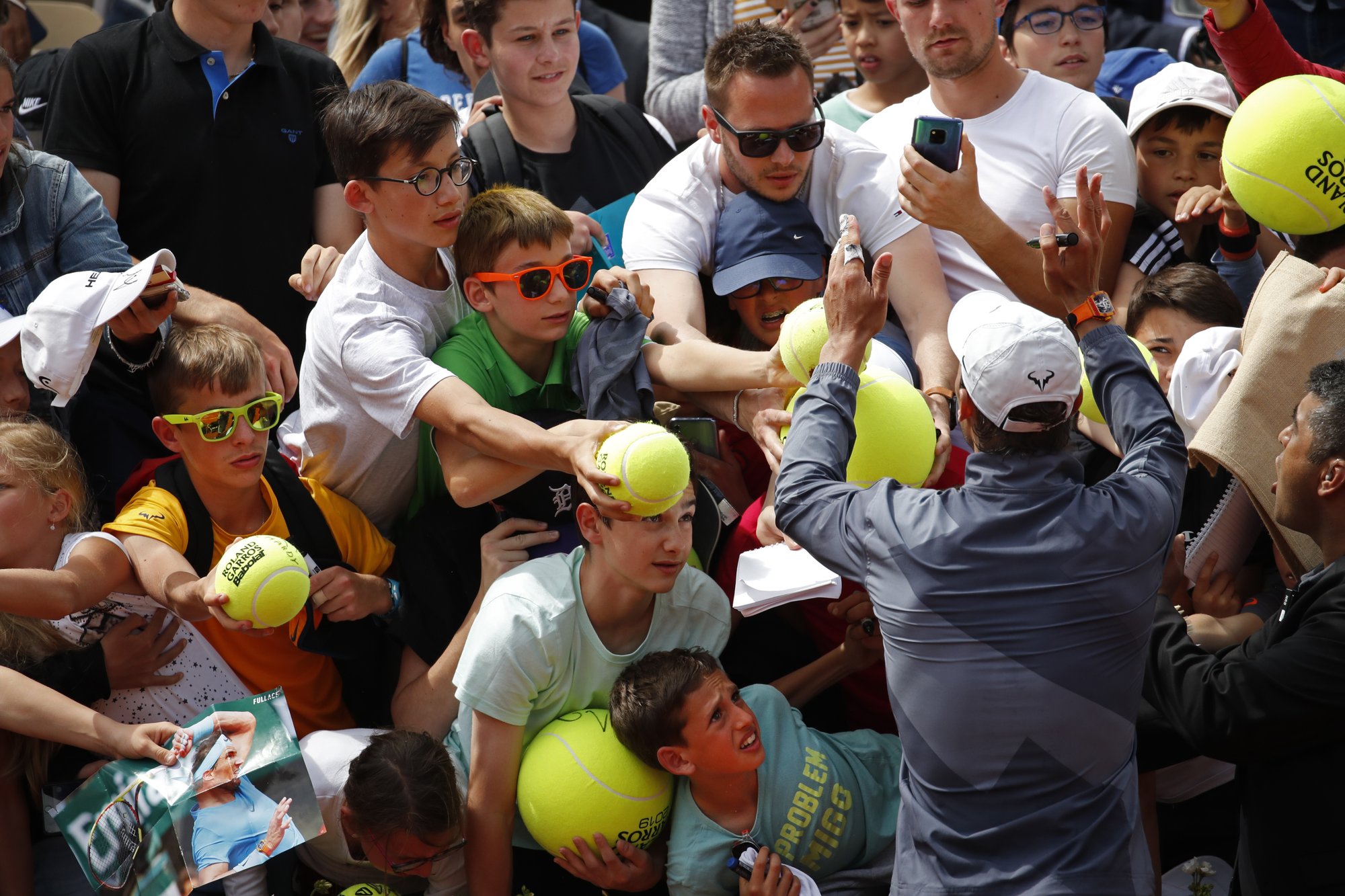 Spain's Rafael Nadal and his security guard right, ask fans to calm down to prevent children from getting crushed after Nadal's second round match of the French Open tennis tournament against Germany's Yannick Maden at the Roland Garros stadium in Paris, Wednesday, May 29, 2019. (Photo: AP)

A runner-up to Serena Williams at the French Open in 2015, Lucie Safarova has announced her retirement.

Safarova, who achieved a career-best ranking of fifth that year, played her final match in Paris in the doubles draw with Dominika Cibulkova, losing to Sofia Kenin and Andrea Petkovic 6-4, 6-0 in the first round.

The 32-year-old Safarova topped the doubles rankings two years ago and won the doubles title at Roland Garros in 2015 and 2017.