Kubuqi Desert, located in Ordos city of north China’s Inner Mongolia Autonomous Region, was once considered a "sea of death" and ungovernable. Today, the desert serves as a successful experience of sand control worthy of reference. 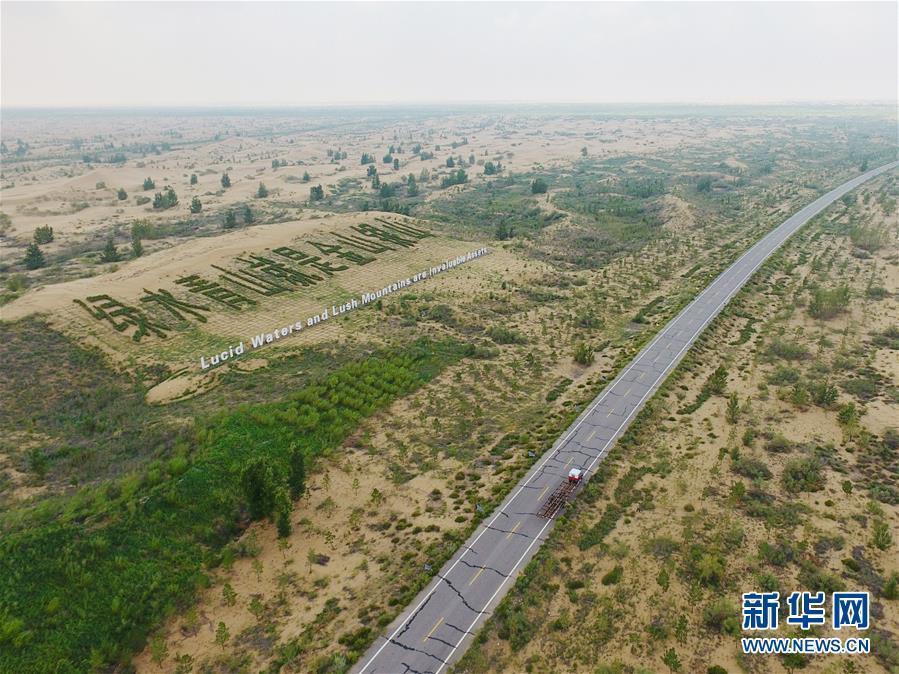 A highway in the Kubuqi Desert. (Photo: Xinhua)

In nearly one third of the desert, sandy land has been turned into an oasis, biodiversity has been gradually restored, ecological environment has been significantly improved, and regional sand and dust weather has been reduced by 95 percent compared with that 20 years ago.

Hossam, foreign affairs director of an Egyptian newspaper, is also a witness to the great change in Kubuqi. Three years ago, he planted a tree in Kubuqi. "If given the chance, I would like to return to Kubuqi and continue to witness the changes there," he said. It is hard for Hossam to imagine Kubuqi once having no vegetation, just wind and sand.

"After decades of management, Kubuqi has become a model for desertification control in China and the world, and the efforts made by the Chinese government are admirable," Hossam noted.

Desertification control is both a matter of survival and a subject of development, with the ultimate aim of enabling the people in the sand areas to live a better life.

Both key areas for ecological improvement and the main battlefield for poverty alleviation, sandy and rocky desertification areas in China account for nearly two-thirds of the country's poor counties.

Located in the eastern end of the Kubuqi Desert, Yinkentala Ecological Zone has become a tourist resort, attracting an endless stream of visitors from home and abroad. In 2018, Adhil Cavins, a scholar of international relations from Kenya, came to talk to the villagers about how the local government could provide financial support to help them grow fruit, raise livestock, raise incomes and alleviate poverty.

"This is a microcosm of China's poverty alleviation story and economic transformation, and I can feel the happiness of people from their living conditions," Cavins said.

Toshiya Ohguro, a professor at the University of Tokyo in Japan, has long been engaged in desertification control research. He believes that desertification prevention and control is not only conducive to the protection of the ecological environment, but also plays an important role in improving land production capacity, improving local people's well-being and promoting sustainable development in arid regions.

"The desertification prevention and control road with Chinese characteristics has important reference significance for other countries," said Ohguro.