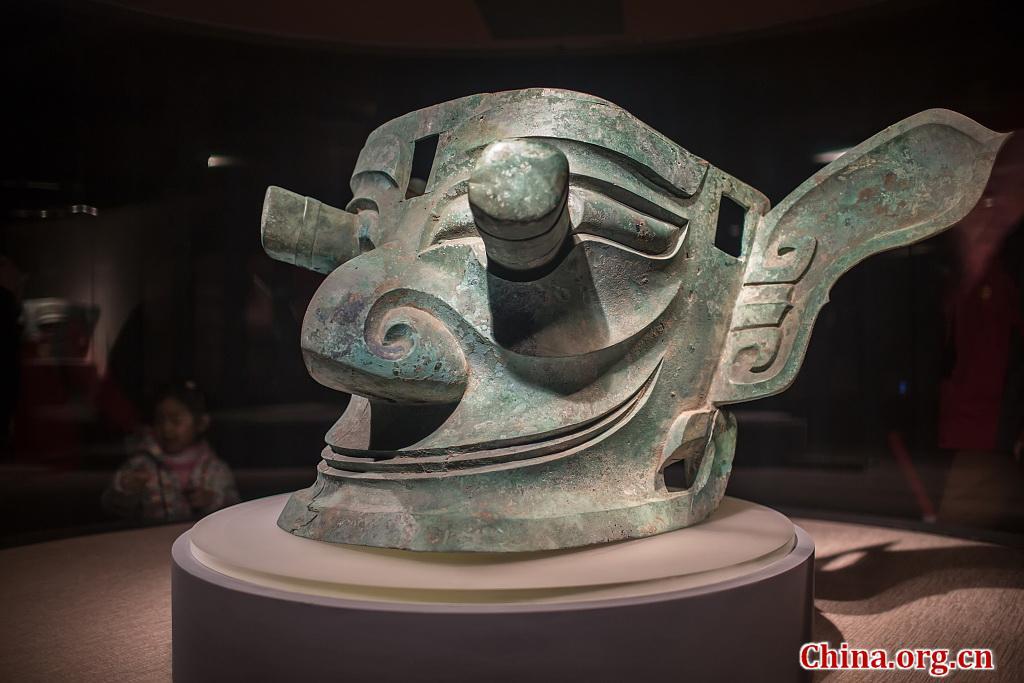 The 3,000-year-old Sanxingdui ruins site in Southwest China's Sichuan province has yielded some quite extraordinary archaeological finds. Over 100 bronze pieces were discovered in Pit No. 2 of the Sanxingdui ruins and were replicated into an altar.

Three fragments of a bronze altar were discovered in 1986. Being severely crushed and burned intentionally, the fragments were broken into over 100 pieces, making them difficult to restore.

It took archaeologists two years to make a replica of the altar based on their research. It is composed of three parts: the round animal-shaped base, the standing men with a crooked stick in hand, and the mountain-shaped top carved with a statue of a bird with a human head. There is also a bird in each corner.

Experts say that the three-part structure reflects the ancient Shu people's understanding of the three layers of the world: the beast at the bottom represents the land, the man in the middle represents the world while the bird at the top represents the heaven.

"To assemble over 100 bronze pieces into a possible altar is really difficult. Sometimes when we made a small mistake, everything had to be restarted all over again," Guo Hanzhong, an expert on cultural relic restoration at the Sanxingdui Museum, told Chengdu Business Daily.

There're still many questions and even controversies over how the original altar should be like. As for its function, many people in the know speculate it was for sacrifice. Due to its complicated structure, many believe it's a sacrifice tool of significance.