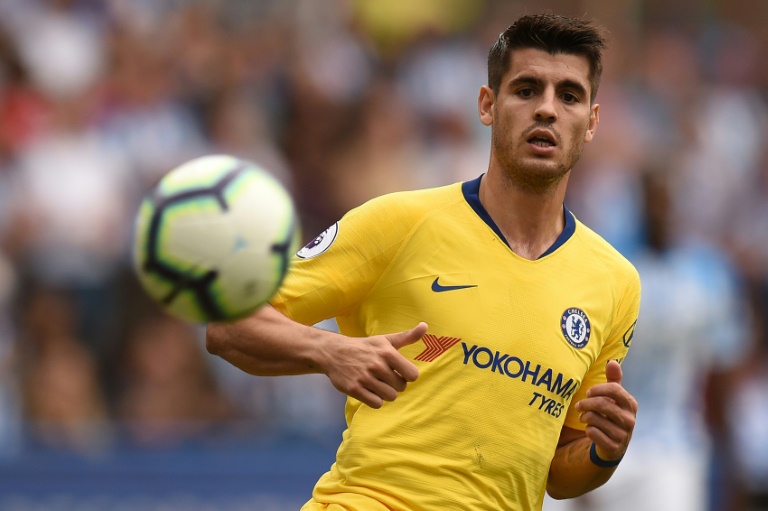 Morata has one goal in 15 Premier League appearances in 2018, with his only other strikes coming in the FA Cup.

But the Spain forward scored eight goals in eight appearances immediately after his move from Real Madrid last year.

And Sarri is certain he can help Morata rediscover that kind of prolific output, despite admitting his player is low on confidence at present.

"I am not worried about Morata. Morata is a very good player," Sarri told reporters on Friday.

"I think in this moment he needs only to gain confidence. But he's a great player.

"He needs to gain confidence. But he's improving. I'm not really worried about him. He needs to score. As do all strikers in the world, I think."

Meanwhile, Sarri once again had to answer questions about Eden Hazard, who has two years remaining on his Chelsea contract and has been continually linked with a move to Real Madrid.

The Spanish transfer window is open until August 31, but Sarri repeated his belief that Belgium playmaker Hazard will remain at Chelsea this season.

"I have spoken with him very often in the last 10 days," Sarri added.

"He has never said to me anything about this. I am sure Eden will be with us for this season."

Saturday's clash against Arsenal will be Sarri's first London derby since arriving from Napoli last month.

The Blues beat Huddersfield 3-0 in their Premier League opener last weekend after losing the Community Shield against Manchester City.

Chelsea finished well adrift of champions City last season and Sarri concedes it will be tough to catch them this term.

"I think in this moment in English football there is a club above the others and this club is Manchester City," he said.

"I don't know now what can happen. My feeling is we can be a very good team.

"We started to work all together only 10 days ago. We have to work, we have to improve. In my opinion, in two months we can be a very good team."