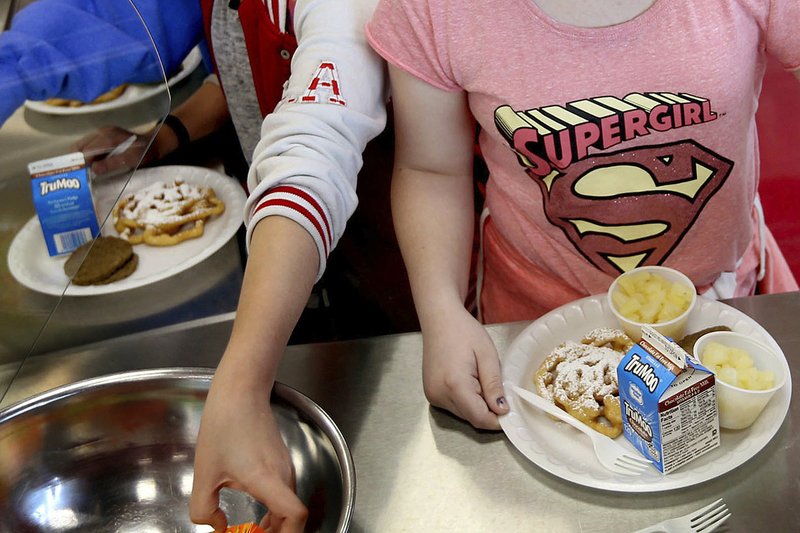 The US school lunch program is making room on menus again for noodles, biscuits, tortillas and other foods made mostly of refined grains.

The Trump administration is scaling back contested school lunch standards implemented under the Obama administration including one that required only whole grains be served. The US Department of Agriculture said Thursday only half the grains served will need to be whole grains, a change it said will do away with the current bureaucracy of requiring schools to obtain special waivers to serve select refined grains foods.

Low-fat chocolate milk will also be allowed again. Previously, only fat-free milk could be flavored, although that rule had also been temporarily waived. A final goal for limiting sodium will be scrapped as well, but schools will still be required to meet reduced sodium targets.

The School Nutrition Association, which represents local cafeteria operators and companies like Domino’s Pizza, Kellogg and PepsiCo, had called for relaxing the whole grain-only requirement, saying it was too difficult for some districts to meet.

Diane Pratt-Heavner, a spokeswoman for the association, said whole-grain bread and buns generally aren’t a problem. But she said students complained about other items, in many cases because of cultural or regional preferences. Finding whole-grain biscuits and grits that students like are a challenge in the US South, she said, while tortillas are a challenge in the Southwest.

Not everyone welcomed the relaxed rules.

The American Heart Association encouraged schools to “stay the course” and commit to meeting the stricter standards that started going into effect in 2012. The Center for Science in the Public Interest also said the decision to roll back the whole-grain requirement makes no sense because most schools were already in compliance.

Those still struggling to meet the standard would have eventually been able to comply as well, said Colin Schwartz, the center’s deputy director of legislative affairs.

For the current school year, the USDA said 20 percent of schools were applying for exemptions to the whole-grain rule. Pasta, tortillas, biscuits and grits were the most commonly requested items for exemption, it said.

Brandon Lipps, deputy undersecretary for the USDA’s food and nutrition division, said that at some schools that only serve whole grain foods, some is wasted if students won’t eat it. In those cases, schools might now consider other options, Lipps said. The USDA defines whole grain-rich foods as at least 50 percent whole grains.