CULTURE School’s out or in? Governor, mayor give different answers

School’s out or in? Governor, mayor give different answers 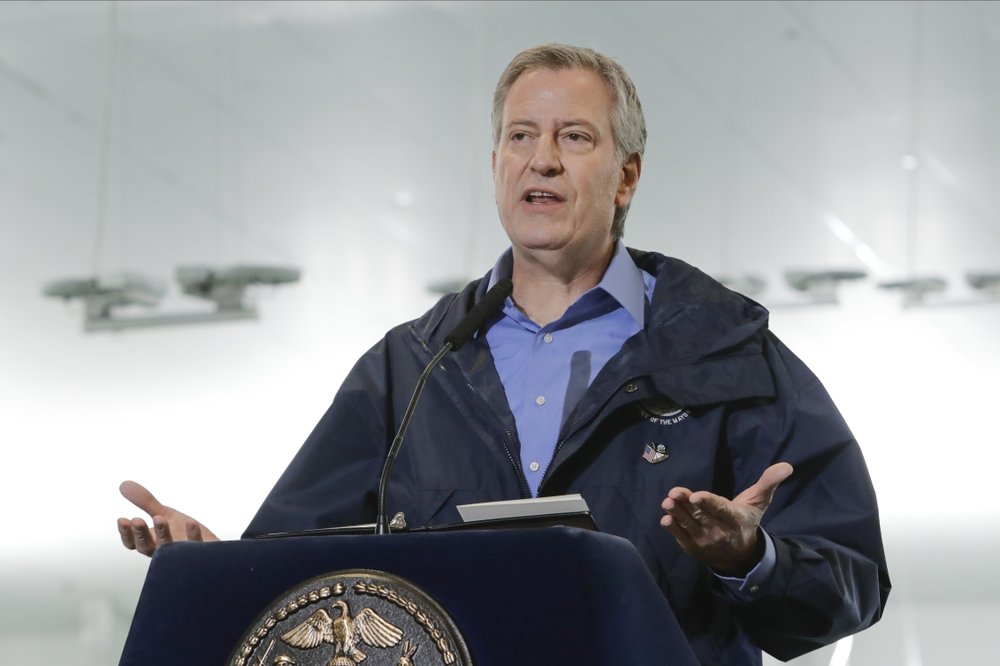 Public school sites in the 1.1 million-student New York City district will be shuttered for the rest of the academic year to curb the spread of the coronavirus, the mayor said Saturday — but was quickly challenged by the governor, who said the decision on school closings was his to make.

“It is my legal authority in this situation, yes,” Gov. Andrew Cuomo said at his daily briefing on the outbreak.

Mayor Bill de Blasio, like Cuomo a Democrat, had said earlier in the day that it was not an easy decision to close school buildings in favor of online learning for the rest of the school year, but that “it is the right decision and it’s also a decision made a little clearer by the fact that the distance learning is working more and more every day.”

The goal, he said, is to reopen school sites by September, adding that high school graduates may be denied a commencement ceremony.

But Cuomo said school closings would have to be coordinated with districts surrounding the city.

“So I understand the mayor’s position, which is he wants to close them until June, and we may do that, but we’re going to do it in a coordinated sense with the other localities,” Cuomo said. “It makes no sense for one locality to take an action that’s not coordinated with the others.”

When a reporter suggested that the mixed messages on school closings would confuse parents, Cuomo said, “We just clarified it. It’s not going to be decided in the next few days because we don’t know.”

The dispute over school closings was the latest chapter in a long-running grudge match between the two elected officials, who have struggled to maintain a united front even in the face of a global pandemic.

School buildings in New York City, the US epicenter of the pandemic, have been closed since March 16. A massive effort to move instruction online has met mixed success in the city, where many low-income students lack Wi-Fi and devices for connecting to their virtual classrooms.

Tens of thousands of tablets and laptops have been loaned to students who needed them, de Blasio said, and the remaining students who lack devices for online learning will get them by the end of April.

He praised teachers for what he said was a heroic effort to teach their students online, which will now continue through late June when the school year ends in New York.

De Blasio had resisted closing schools as the city recorded its first deaths from the coronavirus, saying he feared that health care workers would have to stay home to care for children and that hundreds of thousands of poor students would go hungry without free school meals.

Since then, the city has set up food distribution sites for needy New Yorkers, as well as so-called regional enrichment centers where essential front-line workers can drop their children off.

Attendance has been “a work in progress” since the school buildings closed, de Blasio said.

“It’s a very challenging dynamic when you’re dealing with distance, but that is also being worked on,” he said.

City education officials will work toward a goal of reopening school sites in September while helping this year’s high school seniors graduate, even if they never have commencement ceremonies, de Blasio said.

“We do not want to see these seniors robbed of their future, robbed of that joyous moment when they graduate high school,” de Blasio said. “We have no idea at this point if there’s going to be anything like a graduation ceremony this year, but we do know that so many of our seniors can graduate on time if we support them properly.”

Authorities in some other locales, including the states of Virginia and Pennsylvania, have previously announced that schools will be shuttered for the rest of the year.