Recently, the south of China has sustained heavy rainfall, and some areas of Jiangxi, Hubei, Guangxi and other provinces have suffered from flood disasters. Flood control and flood fighting have entered a critical stage. In flood control, more scientific and technological means should be used to prevent and fight floods, so as to make flood control and flood fighting more intelligent and scientific, further improve the rescue efficiency and better protect the people's lives and safety. 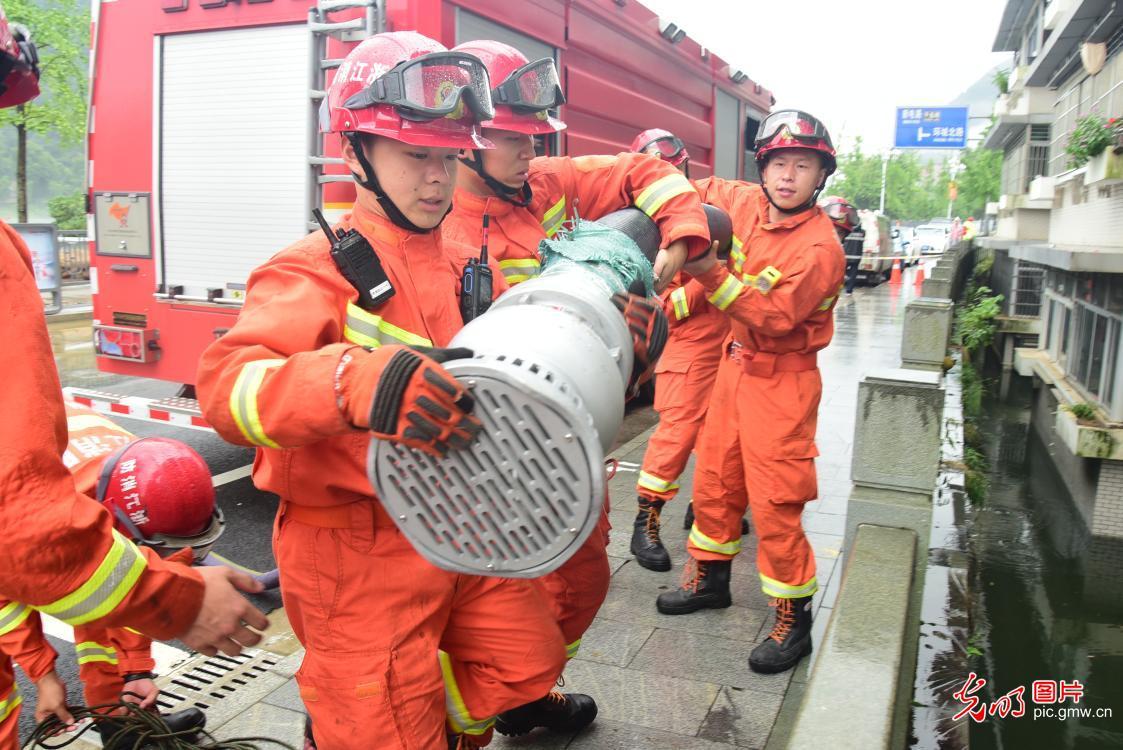 On July 10, 2020, fire fighters are lifting the supporting pipes on the hand-carried motor pumps off the truck, preparing to put disaster-resistant drainage into the flooded community. (Photo by Ning Wenwu/Guangming Picture) 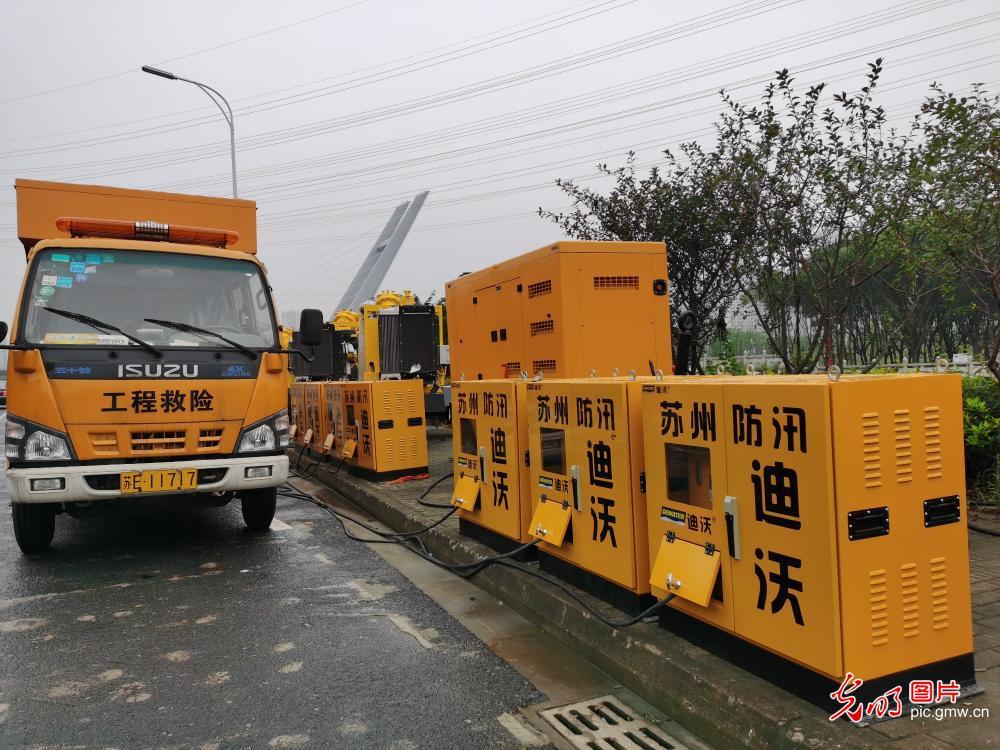 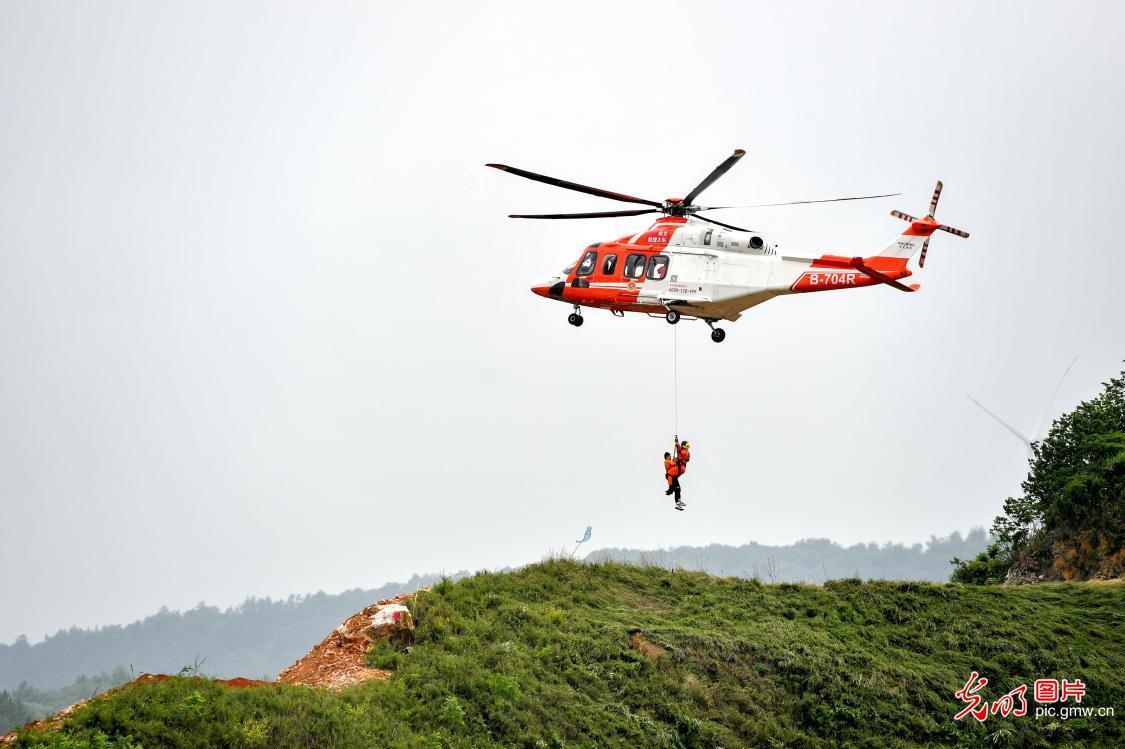 Helicopters can cooperate to complete rescue work when heavy typhoons and continuous heavy rainfall cause sudden mass geological disasters in Heping Town, such as road power communication interruption, people trapped and other disasters. 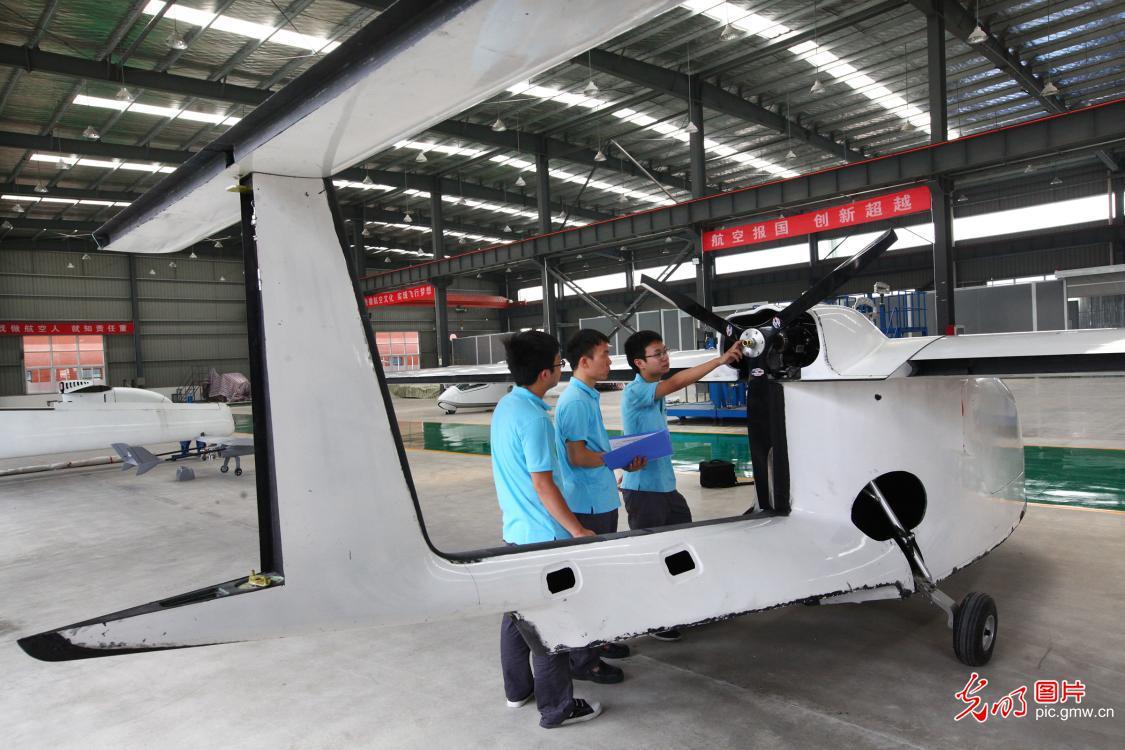 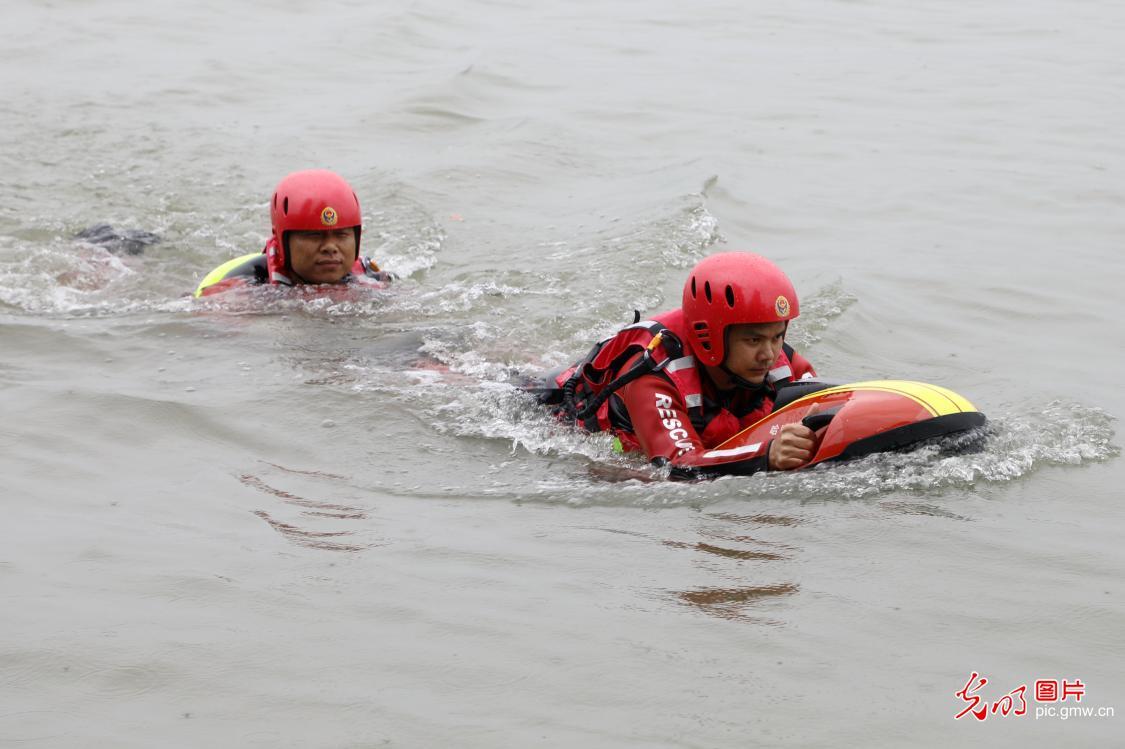 The water rescue robot looks like a small boat, which can be commanded by the controller to quickly reach the person who fell into the water in the rapids. Compared with lifeguards, water rescue robots are not only faster, but also more people can be rescued at a time. It has an effective buoyancy of 40 kilograms and a towing force of 230 kilograms. Those who fall into the water can grab the ropes on both sides or lie on it. 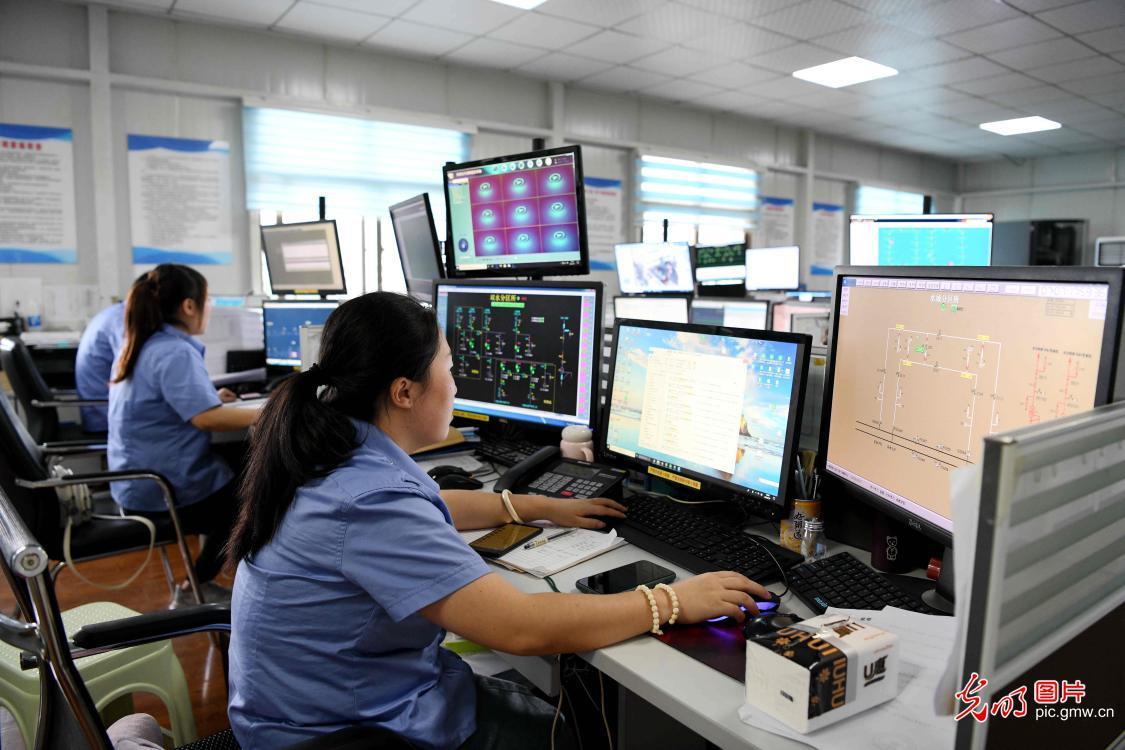 On July 7, 2020, in the production control room of Liupan hydropower station, Guizhou Province, the personnel on duty are issuing the order of rainstorm patrol. (Photo by Hu Zhiqiang/Guangming Picture) 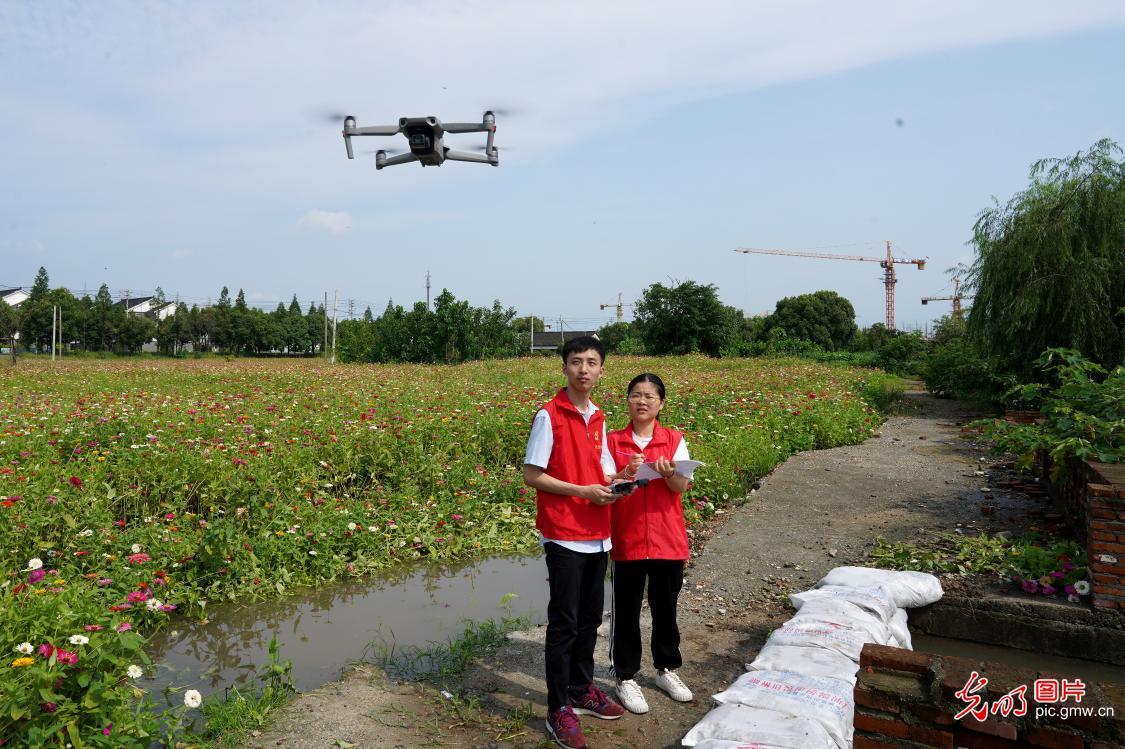 Because of its flexible flight performance and efficient and convenient image transmission ability, unmanned aerial vehicle (UAV) has become the best choice for monitoring in the area where human can not reach. At present, all provinces (autonomous regions and cities) have applied UAVs to flood control and typhoon prevention on a large scale. UAV can not only monitor and early warning, but also throw life-saving equipment, which can win valuable time for subsequent rescue.