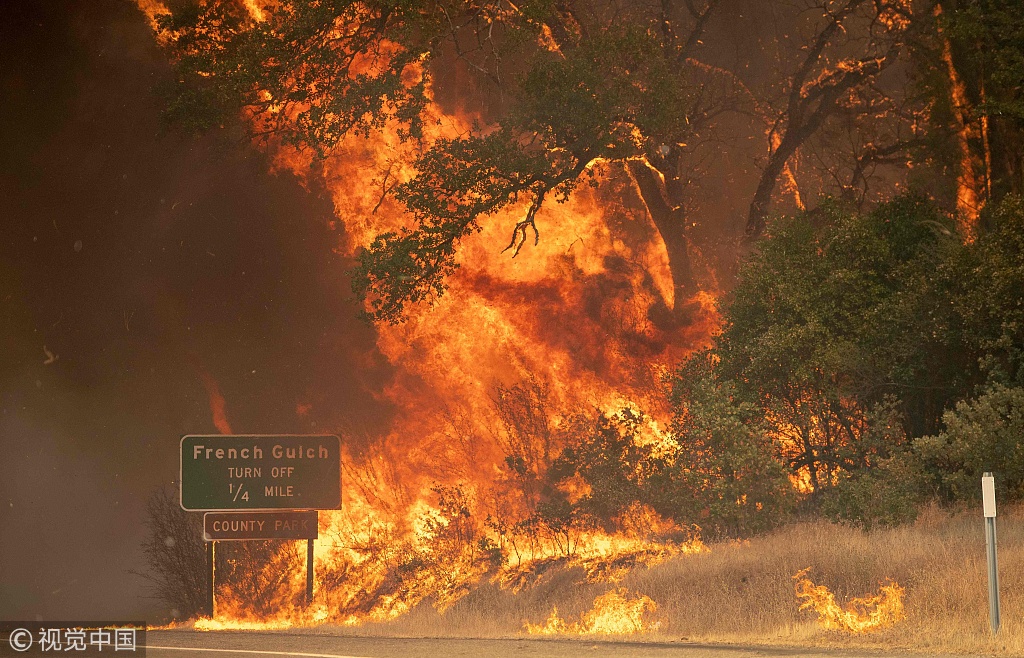 Trees burst into flame during the Carr fire near Whiskeytown, California on July 27, 2018. Two firefighters have died and more than 100 homes have burned as wind-whipped flames tore through the region. (Photos: VCG)

Heat waves are setting all-time temperature records across the globe, again. Europe suffered its deadliest fire in more than a century, and one of nearly 90 large fires in the U.S. West burned dozens of homes and forced the evacuation of at least 37,000 people near Redding, California. Flood-inducing downpours have pounded the U.S. East this week. 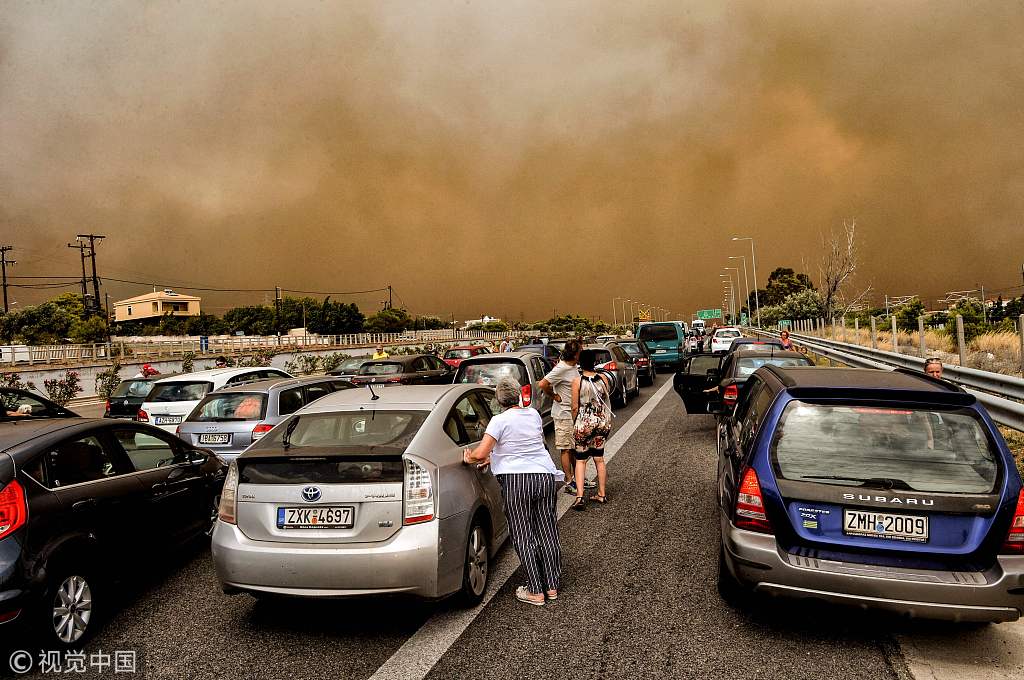 Cars are blocked at the closed National Road during a wildfire in Kineta, near Athens, on July 23, 2018.

Japan hit 106 degrees on Monday, its hottest temperature ever. Records fell in parts of Massachusetts, Maine, Wyoming, Colorado, Oregon, New Mexico and Texas. And then there’s crazy heat in Europe, where normally chill Norway, Sweden and Finland all saw temperatures they have never seen before on any date, pushing past 90 degrees. So far this month, at least 118 of these all-time heat records have been set or tied across the globe, according to the National Oceanic and Atmospheric Administration. 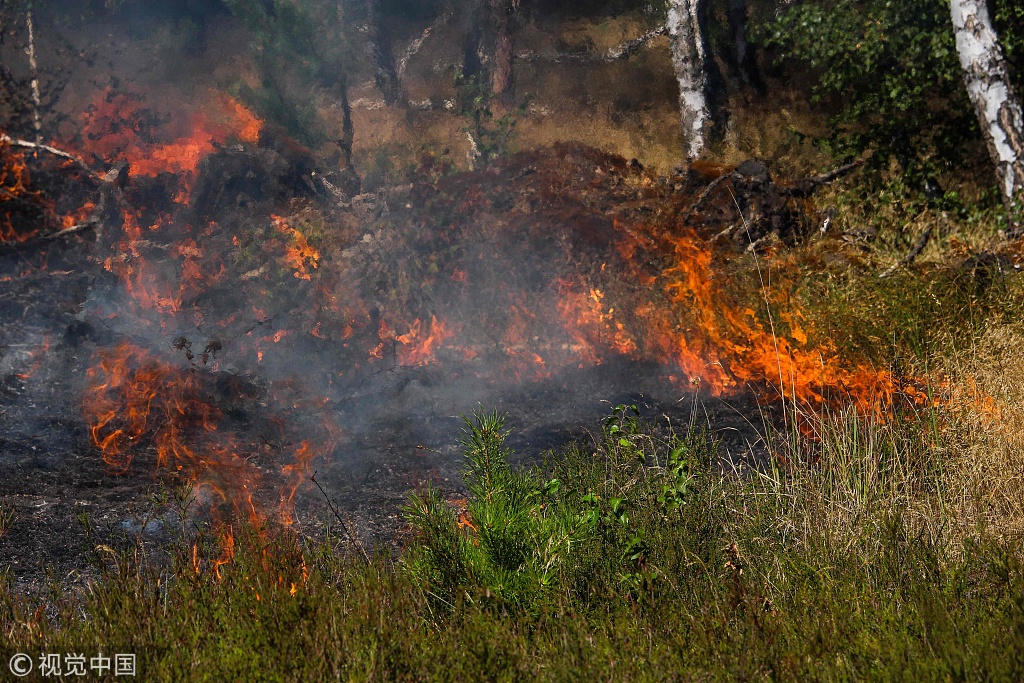 A forest is on fire near Potsdam, eastern Germany on July 26, 2018. Dozens of wildfires have hit countries across northern Europe and Greece as a heatwave continues to hold across much of the continent.

A study by European scientists Friday found that the ongoing European heat wave is twice as likely because of human-caused global warming, though those conclusions have not yet been confirmed by outside scientists. The World Weather Attributionteam said they compared three-day heat measurements and forecasts for the Netherlands, Denmark and Ireland with historical records going back to the early 1900s.

“The world is becoming warmer and so heatwaves like this are becoming more common,” said Friederike Otto, a member of the team and deputy director of the Environmental Change Institute at the University of Oxford.

Erich Fischer, an expert on weather extremes at the Swiss Federal Institute of Technology in Zurich who wasn’t part of the analysis said the authors used well-established methods to make their conclusions.

A devastating fire in Greece — with at least 83 fatalities — is the deadliest fire in Europe since 1900, according to the International Disaster Database run by the Centre for the Research on the Epidemiology of Disasters in Brussels, Belgium.

In the United States on Friday there were 89 active large fires, consuming nearly 900,000 acres, according the National Interagency Fire Center. So far this year, fires have burned 4.15 million acres, which is nearly 14 percent higher than average over the past 10 years.