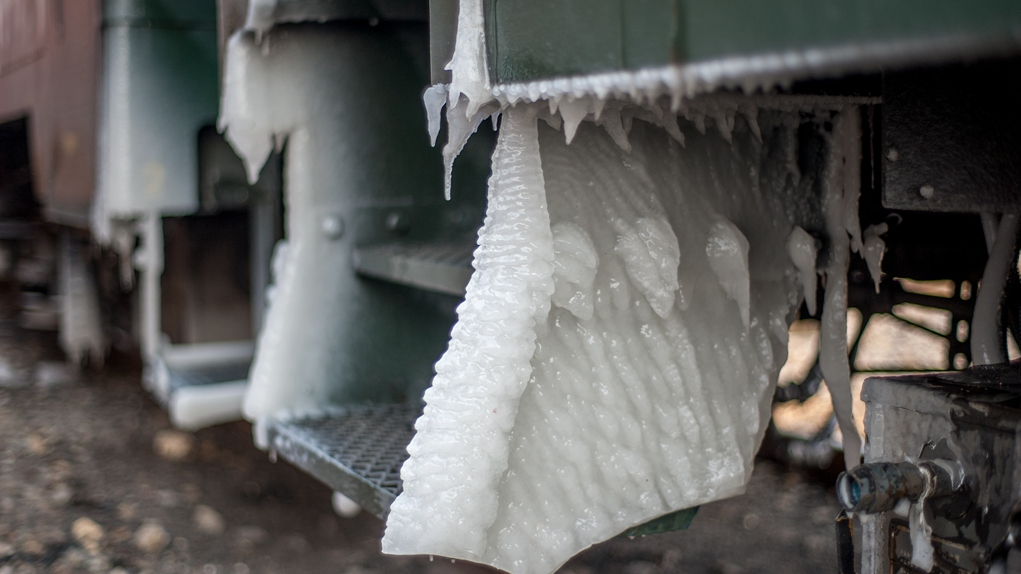 The study published on Friday in the journal Science Advances described the simple system based on a three-layered material that can be applied or even sprayed onto the surfaces to be treated.

It collects solar radiation, converts it to heat, and spreads that heat around so that the melting is not just confined to the areas exposed directly to the sunlight, according to the study.

Once applied, it requires no further action or power source and it can even do its de-icing work at night, using artificial lighting.

"Icing is a major problem for aircraft, for wind turbines, power lines, offshore oil platforms, and many other places," said the paper's co-author Kripa Varanasi, associate professor of mechanical engineering at Massachusetts Institute of Technology. "The conventional ways of getting around it are de-icing sprays or by heating, but those have issues."

The usual de-icing sprays for aircraft and other applications use ethylene glycol, a chemical that is environmentally unfriendly. Plus airlines tend not to use active heating, both for cost and safety reasons.

Varanasi and other researchers resorted to the energy given off by the sun. They found that it was not necessary to produce enough heat to melt the bulk of the ice that forms.

When the boundary layer, right where the ice meets the surface, melts enough, it can create a thin layer of water, which will make the surface slippery enough so any ice will just slide right off, according to the study.

They developed a three-layered system with the top layer an absorber, trapping incoming sunlight and converting it to heat. The material is highly efficient, absorbing 95 percent of the incident sunlight, and losing only three percent to re-radiation.

In principle, that layer could in itself help to prevent frost formation, but it has two limitations: It would only work in the areas directly in sunlight, and much of the heat would be lost back into the airplane wing or powerline and would not help with the de-icing.

The team added a spreader layer, a very thin layer of aluminum, just 400 micrometers thick, which is heated by the absorber layer above it and very efficiently spreads that heat out laterally to cover the entire surface.

Finally, the bottom layer is simply foam insulation, to keep any of that heat from being wasted downward and keep it where it's needed, at the surface.

The three layers, all made of inexpensive commercially available material, are then bonded together and can be bonded to the surface that needs to be protected.

The system could even find wider commercial uses, such as panels to prevent icing on roofs of homes, schools, and other buildings, according to Varanasi.