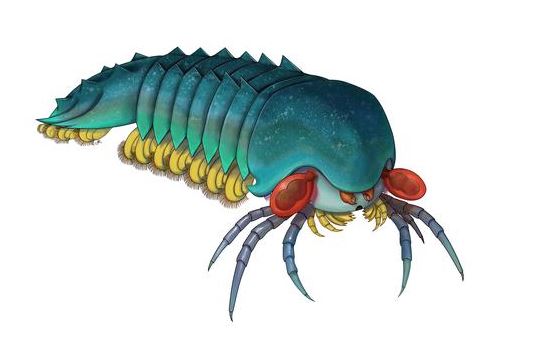 NANJING, Sept. 13 (Xinhua) -- An international joint research found a new species called Mollisonia plenovenatrix, which is believed to be the oldest chelicerate.

The discovery places the origin of chelicerate, a vast group of arthropods with over 115,000 species, including horseshoe crabs, scorpions and spiders, to a time more than 500 million years ago.

Scientists of the Nanjing Institute of Geology and Palaeontology of Chinese Academy of Sciences cooperated with Canada's Royal Ontario Museum in finding the new species in the Burgess Shale, a fossil-bearing deposit in the Canadian Rocky Mountains.

According to the research team, Mollisonia plenovenatrix would have been a fierce predator considering its size. As big as a thumb, the creature boasted large egg-shaped eyes, a "multi-tool head" and long walking legs, as well as numerous limbs that could work together to sense, grasp, crush and chew. The new species also had a pair of tiny "pincers" in front of its mouth, called chelicerae.

These typical appendages, which they use to kill, hold and sometimes cut their pray, are what classify groups of scorpions and spiders as chelicerate.

The findings was published in the journal Nature on Wednesday.