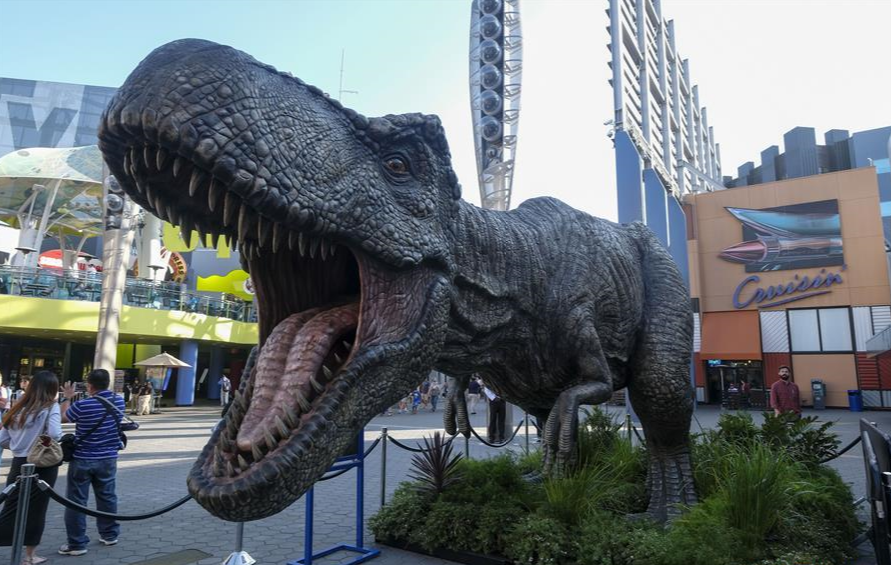 A giant Tyrannosaurus rex statue is seen at Universal CityWalk in Los Angeles, the United States, on June 21, 2018. (Photo: Xinhua)

A team of researchers have identified a new relative of Tyrannosaurus rex (T. rex), which is significantly smaller in size than the known carnivorous dinosaur, according to a study released on Monday by the University of Edinburgh.

Called Suskityrannus hazelae, it dates back 92 million years to the Cretaceous period, a time when some of the largest dinosaurs ever to live walked the Earth.

An international team of scientists, including those from Virginia Polytechnic Institute and State University (Virginia Tech) and the University of Edinburgh, identified the new species by studying two fossils discovered in the late 1990s. One of the specimens was found by Dr Sterling Nesbitt, a palaeontologist at Virginia Tech, in 1998.

The newly found Suskityrannus hazelae was considerably smaller than T. rex, but had the same general body shape and running-adapted feet as its larger cousin. It pre-dates T.rex by about 25 million years.

Suskityrannus hazelae "is a key link between the enormous bone-crunching dinosaurs like T. rex and the smaller species they evolved from," said Dr Steve Brusatte from the University of Edinburgh.

The study has been published in the journal Nature Ecology and Evolution.