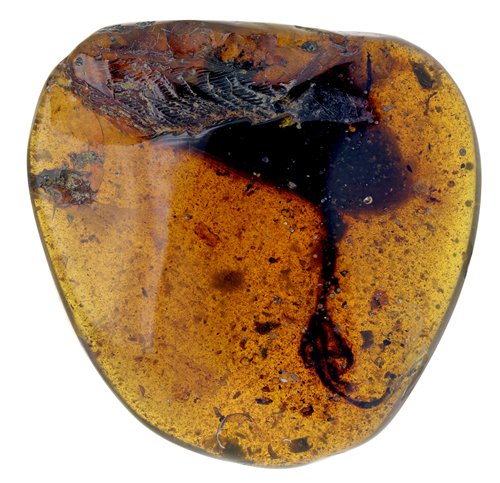 Paleontologists from China and other countries have discovered the fossil of a new species of tiny bird in Northern Myanmar that has one unusually long talon, providing valuable information on the evolution and behavior of ancient birds.

The fossil was found by paleontologists embedded in amber that was only 3.5 centimeters long and weighs just 5.5 grams, in Hukawng Valley of North Myanmar's Kachin state. Geologists conclude the amber was formed 99 million years ago during the early stage of the late Cretaceous period.

The Cretaceous period was very important in the evolution of birds, said scientists.

The discovery will greatly aid the research and add to the knowledge of birds during that time, said Luis M. Chiappe of Natural History Museum of Los Angeles County, also one of the research team.

The discovery was announced on Thursday by Xing Lida, an expert from the China University of Geosciences, who also leads the research team. Their discovery has been published in Cell journal.

The unusually long toes of the elektoronis has not been observed in other birds, along with its large and curve claws, combined to indicate that it is arboreal, said Jingmai K. O'Connor, a researcher in the Institute of Vertebrate Paleontology and Paleoanthropology under the Chinese Academy of Sciences.

In addition, the amber also preserved some soft tissues on the bird's foot, including few scutellae scale filaments (SSFs). SSFs are feathers seen on some ancient bird's foot. Although no living birds present this feature, the team suggested SSFs might have the same function as bristles around some modern birds' mouths, which help them sense the environment.

"This is the best guess we have," O'Connor says. "There is no bird with a similar morphology that could be considered a modern analog for this fossil bird. A lot of ancient birds were probably doing completely different things than living birds. This fossil exposes a different ecological niche that these early birds were experimenting as they evolved."

Xing also said its long talon may have served as moth detector.

Paleontologists named the bird as Elektorornis chenguangi, in honor of the first discoverer of the fossil Chen Guang. This is the first time science world names new bird species imbedded in amber.

Xing and his team also found a few cubic centimeters of amber from northeastern Myanmar that contained the partial remains of two bird wings in 2016. Those specimens were locked in amber 99 million years ago when dinosaurs still walked the planet and bird feathers looked much like they do today.