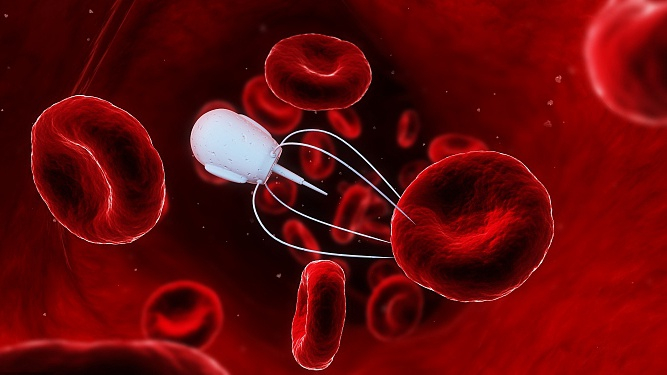 Chinese scientists have folded DNA molecules in an origami-like process to make a minuscule "Trojan horse" – 4,000 times thinner than a human hair – that can release "killers" to fight cancer tumors.

Cancer cells need a lot of nutrition to multiply, but they don't produce their own nutrients, according to lead researcher Nie Guangjun of China's National Center for Nanoscience and Technology (NCNST).

All the blood, oxygen and energy are conveyed to the cancer cells through blood vessels, so many scientists are trying to block the blood vessels that are feeding the tumor.

Through precise controls, researcher Ding Baoquan folded a single-strand of phage virus DNA into a rectangular sheet. Then he put four of the "killers" – molecules of thrombin (a clotting enzyme in blood plasma) – on the sheet and rolled them up into what is called a nanorobot.

After injection, the nanorobot travels through the blood vessels, but only tumors have the proper chemical "key" to unlock the killer thrombin molecules. Within hours, the blood supply is cut off and the tumor essentially starves to death, Nie said.

Researchers have conducted controlled experiments on more than 200 mice with melanoma, breast cancer, ovarian cancer and primary lung cancer, and found that the nanorobots are effective in strangling the tumors, Nie said.

In one experiment on eight mice with melanoma, the tumors in three of the animals totally disappeared. The average remaining life span was prolonged from 20.5 days to 45 days, and no metastasis was found, Nie said.

Malignant tumors have been on the rise in China in recent years, and cancer is becoming a major health threat. However, nanotechnology has opened new opportunities, Nie said.

The effort began five years ago when researchers at the NCNST first looked into cutting off a tumor's blood supply by using DNA-based nanocarriers.

Shi Quanwei, another member of the research team, said laboratory verification of the nanorobot idea has been completed, but industrial production and application is still a long way off.

"We hope to attract investment to improve production techniques and enlarge the manufacturing scale of the nanorobot. And we need to conduct further research on its effectiveness and safety before starting clinical trials," Shi said.

"We need to make breakthroughs on some technical bottlenecks, and hope to transform the basic research into practical therapy to benefit patients with tumors."

The research was recently selected as one of the 30 winning projects in a contest for innovative future technologies in Shenzhen, south China's Guangdong Province.