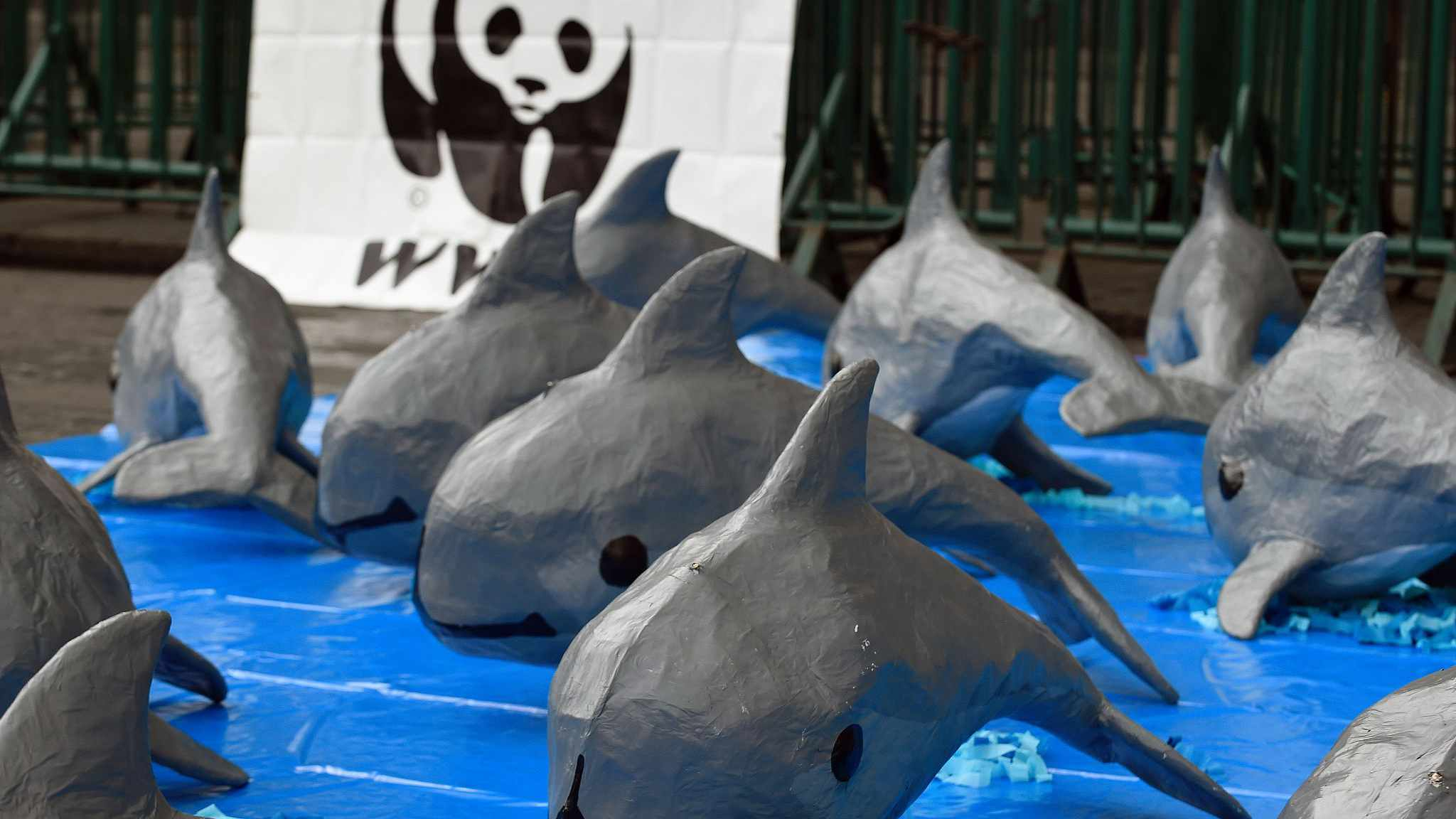 Makeshift porpoises during a demonstration by the WWF on the International Day of Protection of the Vaquita Marina demanding protection for this rare species of porpoise, National Palace, Mexico City, July 8, 2017. (Photo: CGTN)

The near-extinct vaquita marina, the world's smallest porpoise, has not yet disappeared from its habitat off the coast of Mexico, a research team said on Wednesday after spotting six of them.

The vaquita has been nearly wiped out by illegal fishing in its native habitat, the Gulf of California, and the World Wildlife Fund (WWF) warned in May that it could go extinct this year.

But "all hope is not lost" for saving the species after the recent sightings, said Lorenzo Rojas of the International Committee for the Recovery of the Vaquita (CIRVA), presenting the researchers' findings.

In an 11-day study conducted in late September and early October, marine scientists spotted six vaquitas, including a calf.

The team emphasized that the study was not a full population estimate, which they will present in January after further research.

In the last full population estimate carried out in 2017, CIRVA found there were only 30 vaquitas left.

Known as "the panda of the sea" for the distinctive black circles around its eyes, the vaquita has been decimated due to gillnetting, a fishing method used to hunt other species, the also endangered totoaba fish.

The totoaba's swim bladder is considered a delicacy in China and can fetch up to 20,000 US dollars in the black market.

Hollywood star Leonardo DiCaprio and Mexican billionaire Carlos Slim have thrown their backing behind the campaign to save the vaquita.

Last year the Mexican government launched a bold plan to round up remaining vaquitas with the help of trained dolphins and relocate them to a protected enclosure.

However, it had to be aborted when one of the first captured vaquitas died.