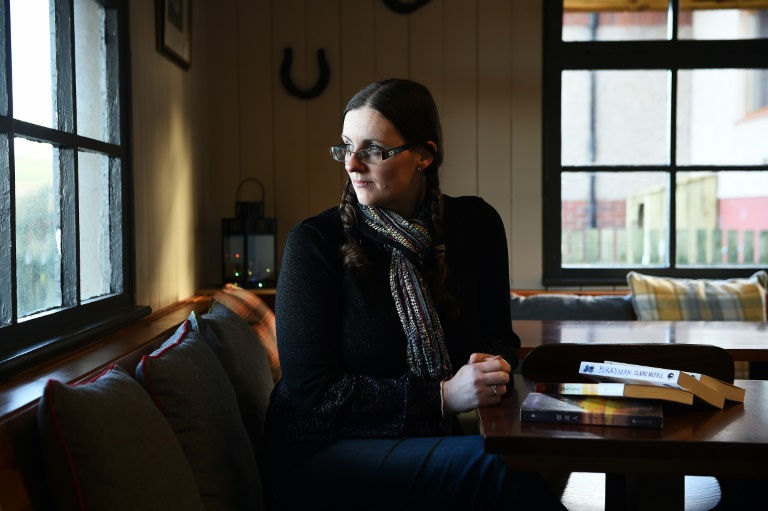 A small-town Scottish schoolteacher has become an international literary sensation with more than a million sales in China and a Hollywood movie deal -- but remains relatively unknown in her homeland.

Claire McFall has signed over the rights to her "Ferryman" series of teenage novels to Legendary Entertainment, the US production company behind blockbusters such as director Christopher Nolan's "Batman" saga and "Jurassic World".

The 35-year-old mother has also been mobbed in China, where her debut novel "Ferryman", first published in 2013, has been a top 10 bestseller for more than two years.

"My agent calls it 'Ferrymania', which is slightly cringeworthy," she told AFP.

"It's mind-boggling how successful it's been in China. They seem to be astonished that I would want to come to China to see them, and I was like, 'Are you kidding? You love my book!'."

McFall was teaching when her agent called in November to say she had been offered a film deal, prompting her to leave the profession to focus on writing full time.

"He didn't actually drop in the name Legendary for about five minutes," she said.

"That is when I realised it was actually quite a big deal, so I did a bit of embarrassing dancing round the classroom. It still feels quite surreal. I can't imagine seeing it up on the screen."

"Ferryman" has been translated into simplified Chinese for the China market, complex Chinese for Taiwan, Turkish and Vietnamese.

McFall has also recently signed a publishing deal in France.

She said she believed the book's theme of the afterlife found particular resonance with Chinese readers.

"In China they have a belief called The Black and White Impermanence, two ghosts that take the spirits of the dead to the afterlife, and that has parallels with the themes in the books," she said.

In China, the book was marketed for adults -- unlike in Britain where it was targeted at teenagers -- and a large part of the Chinese readership are women aged under 25, she added.

"The people I spoke to at signings also had a real love for British culture, the books and the landscapes, and they were really attracted to the male lead. He's handsome, he's charismatic, he's brave, what more do you want?" McFall said.