CULTURE Scrutiny of vaccine exemptions banishes some from schools

Scrutiny of vaccine exemptions banishes some from schools 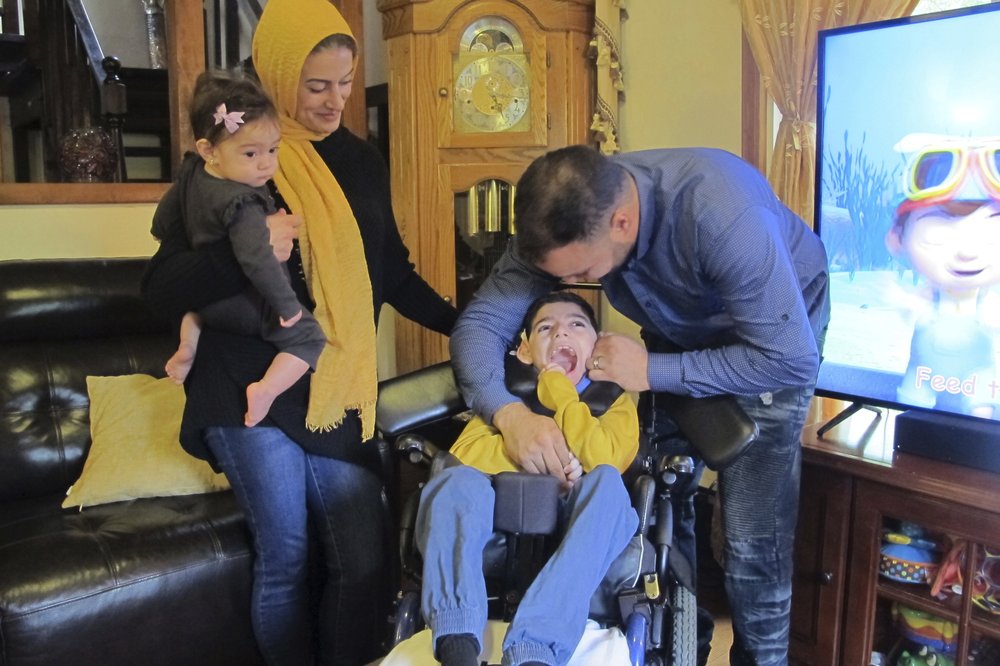 Carl and Kerri Schwartz say they have good medical reason for not vaccinating their disabled 11-year-old son, Thorn, and until recently his local public school went along with their family doctor’s advice.

That changed, the Schwartzes said, when New York state did away with religious exemptions for vaccines in the middle of a measles outbreak, and then clamped down on medical exemptions like theirs. Thorn is now barred from his school in Fairport while his parents challenge the district’s rejection of his exemption.

Thorn Schwartz has autism, a developmental disorder that affects each child differently, and his father said a new state policy is leaving little room for exceptions.

Amid a flurry of proposals to end personal-belief exemptions for vaccines in states around the country, families like the Schwartzes and others say the restrictions that passed in New York have led to unbending scrutiny and, in some cases, decisions that overrule the guidance of family doctors and force children into home-schooling.

New York this year became the fifth state to require all students except those with valid medical reasons to be fully vaccinated, when lawmakers eliminated exemptions on religious grounds.

The state followed up with emergency regulations toughening requirements for medical exemptions. State officials said they did not want a repeat of what happened in California, where medical exemptions more than tripled in the three years after they became the only allowable reason for a student to be unvaccinated. California lawmakers’ efforts to rein in the numbers by giving the state greater oversight sparked expansive protests during the recent legislative session.

Another New York child who had his medical exemption rejected, Ameer Hamideh, 9, uses a wheelchair and assisted communication device because of cerebral palsy and a seizure disorder. He was in and out of the hospital for seizures after his last round of immunizations as a toddler.

The child’s neurologist, Dr. Sarah Finnegan, completed a state-required form for the Frontier Central School District recommending against additional shots because of a history of “seizure activity triggered by these immunizations.” But the district instead followed the advice of a state Health Department official who recommended against the exemption.

“The doctor who’s been in his life for nine years versus a lady in Albany that doesn’t know who he is, has never met him, just read something and said, ‘nope, we’re not accepting it,’” Ameer’s father, Ali, said.

Ameer, who is now homeschooled, has been without the physical therapy, occupational therapy, speech therapy and special education classroom placement included in his education plan.

“I can only do so much with him,” said Orooba Hamideh, his mother. “I’m not a licensed therapist. I do basic things with him, like play, but as far as therapy, I’m not equipped to do PT or OT or speech.”

Frontier Superintendent Richard Hughes declined to discuss Ameer’s case, noting only that “school districts often seek a review and recommendation from the professionals at the New York State Department of Health, and then consider that recommendation when making determinations.”

Hundreds of New York children affected by the change are in similar situations, according to Rita Palma, who co-founded the New York chapter of the Children’s Health Defense. The organization unsuccessfully challenged the constitutionality of the Legislature’s repeal of the religious exemption.

Data on the number of medical exemptions granted and rejected in the current school year won’t be available until next year, after mandatory district surveys are compiled, state health officials said. In 2017-18, 4,571 students in New York, .14%, were medically exempt from vaccines, according to the state Health Department.

The other states that allow only medical exemptions in addition to New York and California are West Virginia, Mississippi and Maine. The rest all have religious or philosophical exemptions. Maine in May removed non-medical exemptions after an outbreak of whooping cough and amid rising vaccine opt-out rates, but won’t implement the change until September 2021.

Mississippi also requires a form be completed by a licensed physician. It’s then reviewed by a state health official. West Virginia has never accepted anything but a medical exemption subject to approval by the state immunization officer.

Several other states have seen legislative proposals to eliminate personal-belief exemptions because of concerns about disease outbreaks, but they often have failed amid backlashes.

After New York eliminated the religious exemptions that allowed more than 26,000 students to attend school unvaccinated, it began requiring doctors to submit a signed form to districts specifying which vaccines a student should skip, for how long and documenting how the vaccine would hurt the child. Before, doctors weren’t required to detail on an approved form why an immunization would be detrimental to the child’s health.

“Our interest in doing so is to prevent abuse of the process and ensure only those who have legitimate medical reasons for not getting vaccinated are still able to obtain medical exemptions,” Health Department spokeswoman Jill Montag said by email. The district has the final say, she said.

In Thorn’s case, the family doctor is very much pro-vaccine but recommended against additional shots for Thorn, Carl Schwartz said.

“Our son is so frail, his brain is so fragile and so unable to recover from anything that goes through it,” he said.

Mark Frenzel, principal of Thorn’s school in the Monroe One BOCES district, wrote that the district physician had determined Thorn’s case is “not consistent with guidance” for allowing medical exemptions issued by the Centers for Disease Control.