Sean Penn wants to ‘save lives’ with free COVID-19 testing 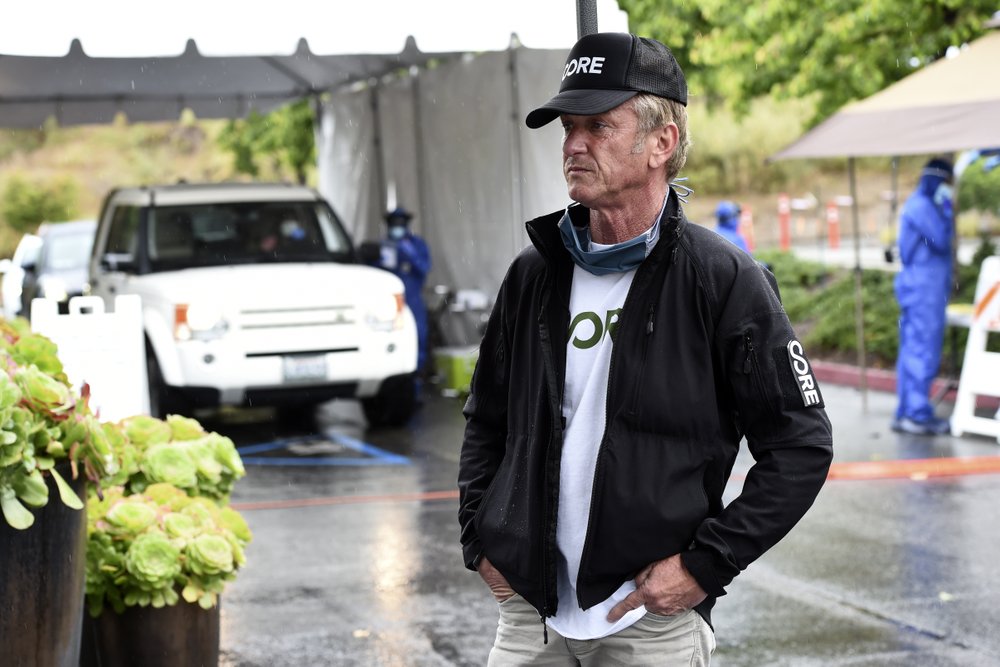 After nearly a decade of helping communities in distress abroad, Sean Penn is joining the fight against the coronavirus much closer to home.

The Oscar winner’s disaster relief organization CORE has teamed up with Los Angeles Mayor Eric Garcetti’s office and the city’s fire department to safely distribute free drive-thru COVID-19 test sites for those with qualifying symptoms. He along with his staff wearing hazard suits also are administering tests in his home city of Malibu.

Penn hopes the program can “save lives and alleviate depletion of resources” through the efforts of CORE, which stands for Community Organized Relief Effort. His non-profit organization stepped in to help rebuild Haiti after the 2010 earthquake and the devastating Hurricane Matthew.

The actor said he and his staff decided to “pull the trigger” very quickly to help run the test sites.

“We have an infrastructure in place to respond, and so we decided that we would if we could be value added,” Penn said in an interview this week. “It’s something that we can adapt to very quickly with the training of the Los Angeles Fire Department initially. And then we’re able to take all those firemen and put them back in to serve the people in the way that we need them to.”

So far, CORE has provided more than 6,500 free tests since March 30. The organization is operating at four sites with plans of expanding and will manage a new location in Los Angeles starting Friday.

About 60 staff and volunteers are working in California including 10 Peace Corps volunteers.

“Getting more people tested will help us get Angelenos the care they need and flatten the curve more quickly to slow the spread of COVID-19,” Garcetti said in statement. “We are working closely with these extraordinary partners to expand access and grow capacity — and we’re grateful to everyone who has stepped up to strengthen this work.”

Los Angeles deputy mayor Jeff Gorell said in a tweet that CORE’s efforts will help take over the city’s fire department’s workload and free up first responders for emergency services.

Penn hopes other non-profit organizations and local governments will help run test sites as well. In the meantime, he said everyone should be washing their hands so often, the skin on their hands should change.

“They gotta be really crispy, or you’re not doing it right,” he said.