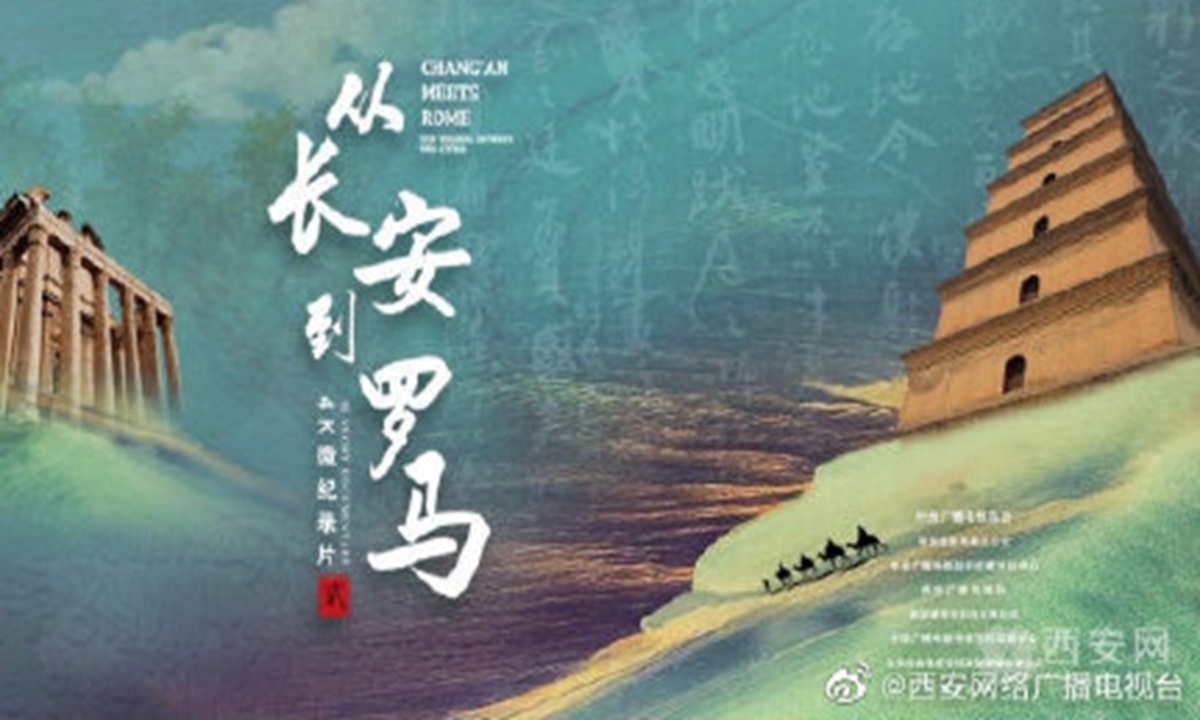 The second season of 4K micro-documentary Chang'an Meets Roma premiered in China and Italy on Friday to mark the 50th anniversary of the establishment of the diplomatic ties between China and Italy.

The 50-episode series, each episode five minutes in length, mainly shows the culture of the Chinese city of Xi'an in Northwest China or Chang'an is it was known in ancient times, and Rome in Italy from five angles: dining, urban life, fashion design, art sculpture and state governance.

Experts from China and Italy introduce to viewers the two countries' food, architecture, fashion and makeup, classic brands, car furniture, fine art and so on.

The first season of Chang'an Meets Roma aired on four of CCTV's affiliated channels in China on January 30, with viewership reaching 200 million. On internet platforms such as iQiyi, YouTube, and Facebook, the series has reached more than 50 million views, Chinese news site The Paper reported on Saturday.

The second season of Chang'an Meets Roma is broadcasting on CCTV, Xi'an local TV stations, iQiyi and Italian television channels Rai Storia, RaiPlay and many other mainstream media platforms. Related books and audio products are also in the works.

Chang'an Meets Roma is the first documentary collaboration between both countries under the Belt and Road Initiative. It aims to present an audio-visual feast featuring the Silk Road spirit and promote mutual learning among civilizations.