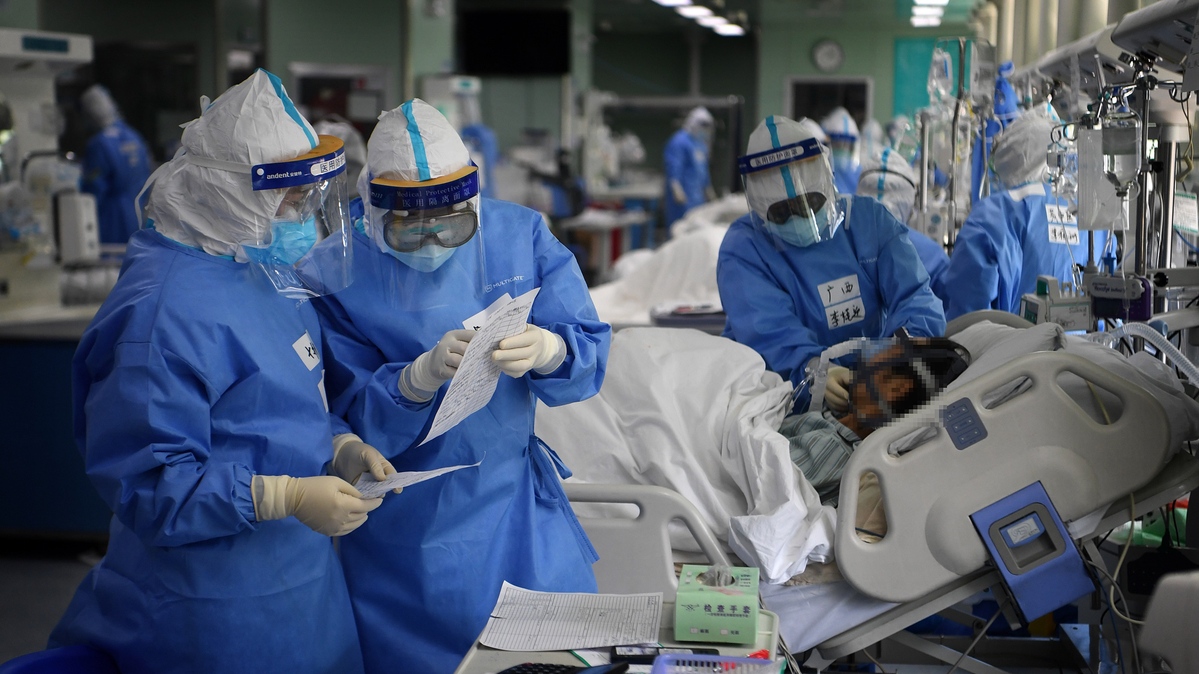 A second wave of novel coronavirus in China "is not a great concern" though a spattering of sporadic cases and new infections imported from overseas are expected to persist for a period of time, front-line medical experts said on Monday.

As the pathogen has been largely wrested under control in China and is now spreading rapidly in other countries, Chinese experts have pinpointed rigorous prevention and control measures, including prompt and wide testing, as the prime mission in fighting the virus, urging the rest of the world to formulate detailed emergency plans.

"The outbreak in China, which started last December, has almost seen its end. We will wait for another month to make the final judgment but personally speaking, a second domestic outbreak in China is not a great concern with such strong prevention and control measures," said Cao Wei, deputy director of the Peking Union Medical College Hospital's infectious disease department, adding that the country will continue to see a low level of newly confirmed cases, including imported infections.

In Wuhan, Hubei province, the epicenter of the epidemic in China, all makeshift treatment centers have been closed, and the remaining patients are now being centralized to a few designated hospitals.

"It seems that the outbreak of COVID-19 in Hubei has come to an end, although we should be alert to abnormal signals and sporadic cases arising from communities," said Du Bin, director of the hospital's intensive care unit.

He said the key lesson in China's effective containment of the infectious virus is that the significance of prevention and control work outweighs that of treatment efforts.

"You must have a plan. Failure to prepare is preparing for failure," he said. "Even now in Hubei and Wuhan with fewer and fewer diagnosed cases, we should remain alert and prepare for future sporadic cases and imported cases."

Du said that based on China's experiences, wide-ranging testing is an essential tool in identifying and quarantining suspected cases and people who came in close contact with the infected.

Wuhan had reached a turning point of the outbreak after being able to isolate all suspected cases and close contacts, he added.

In terms of the re-infection of recovered patients, Yan Xiaowei, deputy director of the hospital's internal medicine department, said a positive nucleic acid test alone in the absence of abnormal body temperature and telltale chest imaging does not confirm diagnosis.

To root out the risk, recovered patients in China are required to receive follow-up checks and frequent temperature monitoring and isolate themselves for at least two weeks under the monitoring of local inspectors.

"If high temperatures resume, patients will be sent to hospital for a CT scan and a nucleic acid test," he said.

Chinese medical workers have also found that older ages, high blood pressure and elevation of inflammation markers are among the risk factors for developing severe and critical illnesses.

They added that timely intubation－inserting a tube into a patient's airway to relieve breathing difficulties－and use of ventilators will make a huge difference in reducing fatalities.

Wu Dong, a physician with the hospital's gastroenterology department, also said that health workers around the globe must protect themselves against the virus and the inevitable mental stress.

"We know that our European colleagues have also been contracting the disease during their daily work over the past few days, and the proportion is similar to that during the early days of the outbreak in Wuhan," he said. "We must protect our medical staff."