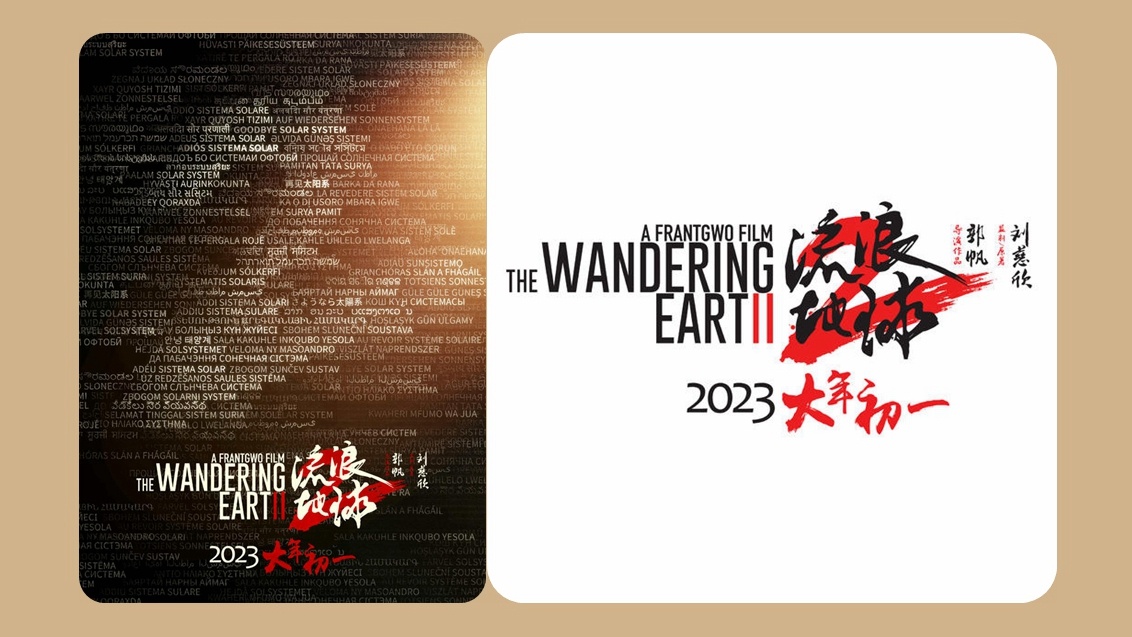 The sequel to The Wandering Earth, a 2019 Chinese science fiction action film, will be released in 2023, director Frant Gwo announced at the forum of China's Golden Rooster and Hundred Flowers Film Festival on Thursday.

The concept poster for the sequel has been officially unveiled, with the words "Goodbye Solar System" in various languages.

The Wandering Earth, which was released on the first day of the Chinese Spring Festival in 2019, raked in a surprising 4.688 billion yuan at the box office and is credited with ushering in an era of Chinese sci-fi films.

Gwo has said he plans to polish the film's characters' emotions, world view setting and special effects. "If the first one gets a score of a pass, hopefully, the sequel will score 70," he said.

Gwo added that the script for the sequel has been written, and new technology will be used.

The original book writer Liu Cixin and main cast Wu Jing also gave their blessing to the follow-up on Thursday. It seems that Liu Peiqiang, the role played by Wu Jing, who died in the first film, will return in a special way in the sequel.

The other cast members have not been revealed.