CULTURE Serena battles through at Wimbledon, Halep storms back to reach semi-finals

Serena battles through at Wimbledon, Halep storms back to reach semi-finals

Seven-time champion Serena Williams is just two wins away from equalling Margaret Court's Grand Slam titles record of 24 but she wobbled several times in her Wimbledon quarter-final against Alison Riske on Tuesday. 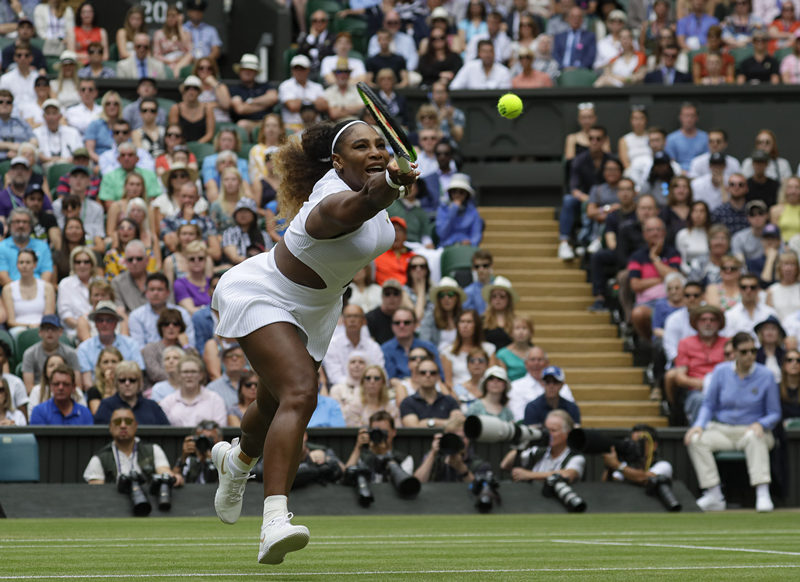 The 37-year-old, who recorded her 97th success at Wimbledon to move second on the women's all-time list, came under enormous pressure from her fellow American before prevailing in an engrossing contest, 6-4, 4-6, 6-3 in just over two hours.

Standing in Williams's way in what is her 12th Wimbledon semi-final will be unseeded Czech veteran Barbora Strycova.

The American says she will not be taking the 33-year-old lightly as she has ousted four seeds on her run to the last four.

"She's good on the grass," said Williams of Strycova.

"She knows what to do. She has a good all-around game.

"She's incredibly tricky. It's definitely not easy. But it's something I'm definitely geared up for."

It says a lot about the unpredictability of the women's game that Williams was the only player in the last eight who reached the same stage last year.

"It was really satisfying," said Williams, whose clay court campaign was affected by a knee injury.

"I wouldn't have won that match a couple of weeks ago."

Also joining her in the last four was Romania's former world number one Simona Halep, who fought back from 4-1 down in the first set to beat China's Zhang Shuai 7-6 (7/4), 6-1. 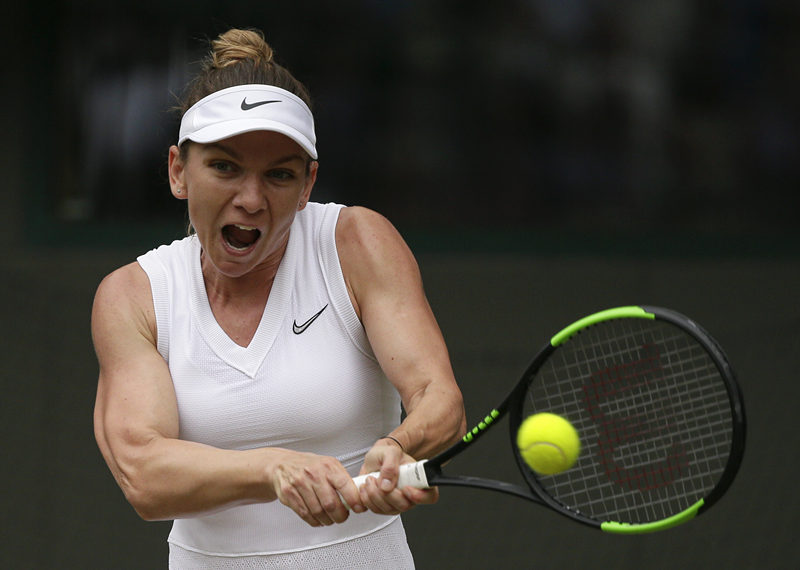 For Halep -- who aside from Williams was the only player in the quarter-finals to have won a Grand Slam, taking the French Open last year -- it is her second Wimbledon semi-final.

Halep will play Elina Svitolina, the Ukraine eighth seed, after she came back from a break down in each set to beat Karolina Muchova 7-5, 6-4.

It will be the 24-year-old Ukrainian's first Grand Slam semi-final.

Williams, whose total of 97 Wimbledon match wins compares to the 83 combined of the other seven quarter-finalists, will look back on her victory with some relief.

Riske converted all five of her break points while Williams succeeded with just six of her 16 opportunities.

However, she relied on her power to keep her in the match.

In doing so she managed to avoid the fate that befell world number one Ashleigh Barty at the hands of Riske on Monday.

"I'm glad that I was able to come through," said Williams.

"She beat so many great players. She was really so close to taking the win today."

Williams was constantly cajoling herself and letting out roars of come on during the match.

Having sealed the match she turned to the players box where she was supported by older sister Venus and her husband, Reddit co-founder Alexis Ohanian, and yelled, pumping her fists.

"I was really pumped, it was for a place in the semis at Wimbledon -- that doesn't happen every day and it's a long, arduous road," said Williams.

"I just had to just button up and play hard. She was playing her heart out and she had nothing to lose and I realised neither did I."

Strycova, whose previous best at a Grand Slam was the 2014 quarter-final also at Wimbledon, out-played Britain's Johanna Konta once she extricated herself from a 4-1 deficit in the first set.

"It sounds crazy, it's happening but I can't really believe it," said Strycova.

"I am extremely happy and my voice is even shaking still right now."

Seventh seed Halep, who ended the run of 15-year-old Coco Gauff on Monday, took the match by the scruff of the neck once she won the first set.

"I have energy, I feel fresh, I feel healthy, I feel confident when I step on the court."

For Svitolina breaking new ground in terms of her career is exciting enough.

"It feels amazing," she said. "It is the first time in the semi-finals for me and I didn't expect it would happen here."