Serena Williams overcame a sluggish start to win her opening match of the new season in Perth Monday, two weeks out from 2019's first Grand Slam. 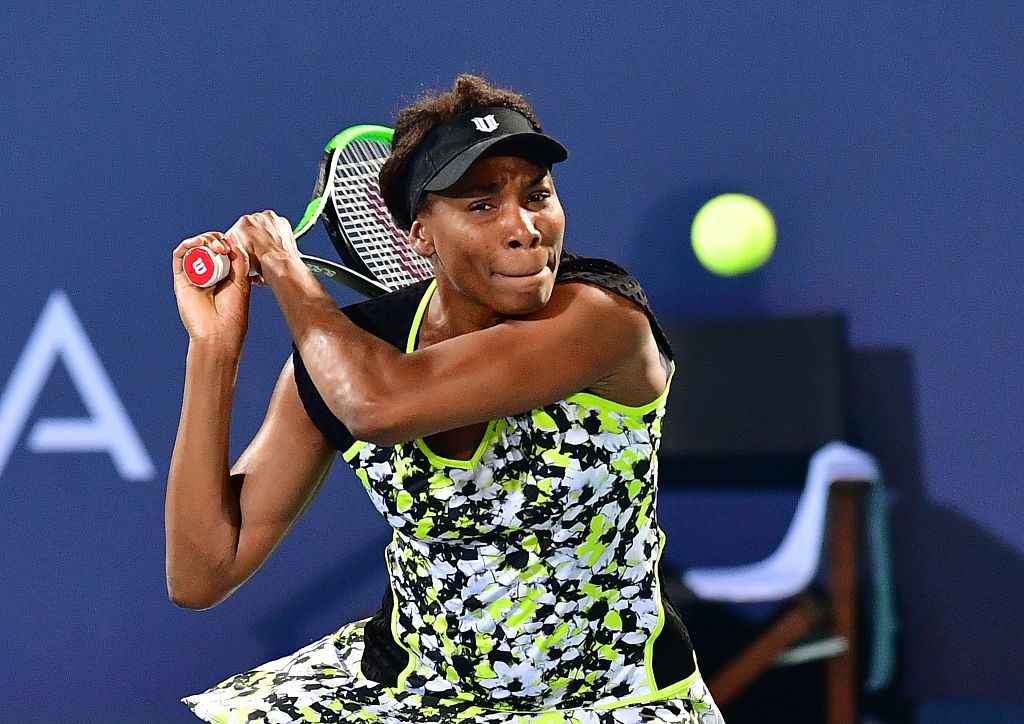 The 37-year-old was a long way off her commanding best and was visibly frustrated with her own game early in her Hopman Cup singles match, but still did enough to beat Greece's Maria Sakkari in straight sets.

However, it was Sakkari and her team-mate Stefanos Tsitsipas who had the last laugh as Greece beat the USA 2-1 in the mixed doubles Group B tie.

In her first tournament outing since the controversial loss to Naomi Osaka in the US Open final in September, Williams struggled early and her groundstrokes were erratic in the first set.

Sakkari, ranked 41st in the world, gained an early break and served for the first set but couldn't capitalise despite several gilt-edged opportunities.

That opened the door for Williams, the bookmakers' favourite for the upcoming Australian Open in Melbourne, to power back and ultimately win 7-6 (7/3), 6-2 in an hour and 44 minutes.

Williams had her left ankle worked on at the end of the first set but it didn't stop her dominating the second, in which she looked more like the player who has won 23 Grand Slam singles titles.

"I was making a lot of errors and I'm like 'it's okay, it's your first match, it'll get better'," she said.

"It's never easy (first match), there are lot of errors that are going to be made and I think we both did pretty good."

Williams said her taped ankles weren't a concern so soon before 2019's first Grand Slam, blaming a little discomfort with her shoes.

Williams won her last Grand Slam in Melbourne in 2017, but wasn't able to defend her title due to the birth of her first child.

Bidding to equal Margaret Court's record of 24 titles, she was beaten in last year's Wimbledon and US Open finals.

Williams said she was looking forward to facing Swiss champion Roger Federer on Tuesday, when the USA plays Switzerland and the pair will be opponents for the first time in the mixed doubles.

"I have been looking forward to it, this is so cool," she said, adding it was "like a dream come true".

The Greek 20-year-old won the first set comfortably and secured an early break in the second.

But the 39th-ranked American broke back in the sixth game and levelled the match in the tie-break.

Another early break by Tsitsipas put him ahead in the third and a sizzling backhand winner on match point secured victory for the Greek.

The Greek duo kept their tournament alive when they won the deciding mixed doubles, 4-1, 1-4, 4-2.