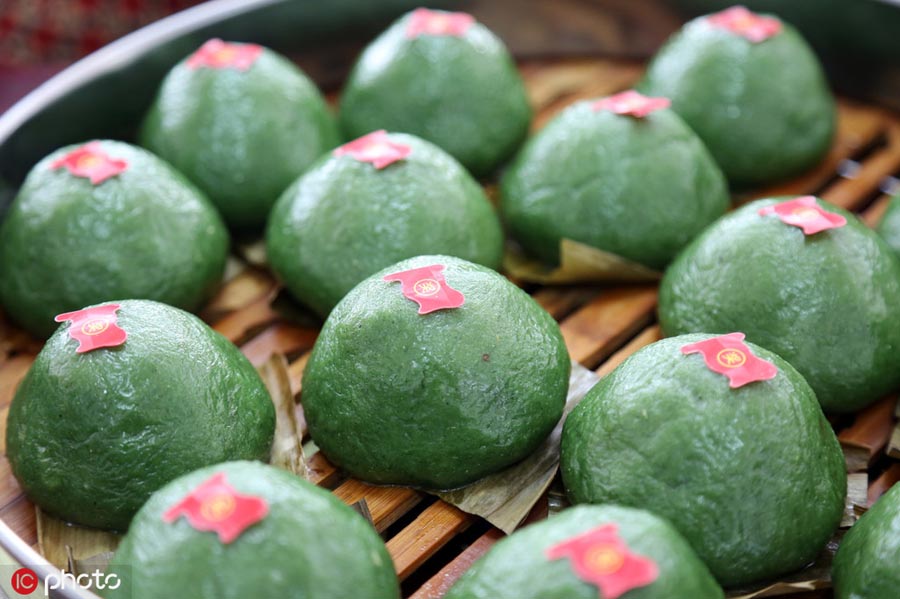 Qingtuan, or green rice balls, are widely consumed in China's Jiangnan area - the region south of the Yangtze River - around Qingming Festival. The seasonal delicacies are usually made from glutinous rice mixed with pounded mugwort - an edible wild herb thought to prevent toxic insect bites.[Photo/IC] 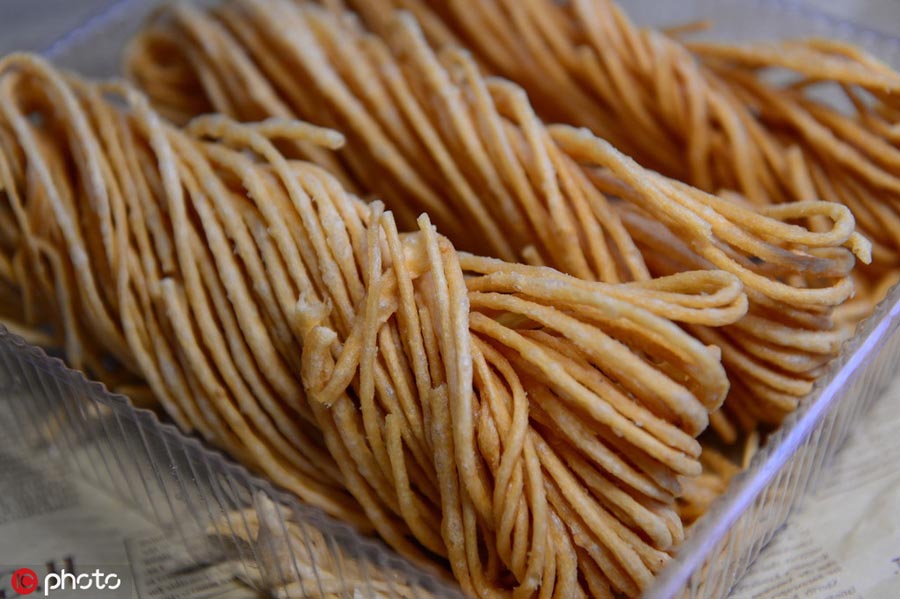 In both northern and southern China, it is an age-old tradition to eat sanzi, or fried dough twists, on Tomb-Sweeping Day. However, the sanzi in North and South China are different from each other in terms of size and material. Northern people prefer larger ones made from wheat, while people in the South enjoy smaller ones made from rice.[Photo/IC] 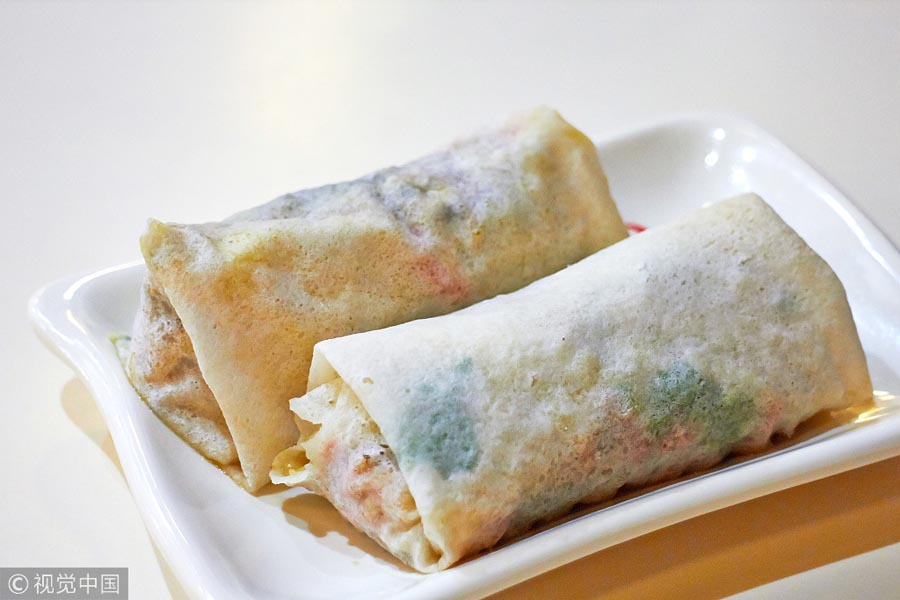 Thin pancakes are a popular food for people in Xiamen in Southeast China's Fujian province on Tomb-Sweeping Day. To make it tastier, they usually add dried seaweed, omelet, veggies and chili sauce to the pancakes.[Photo/VCG] 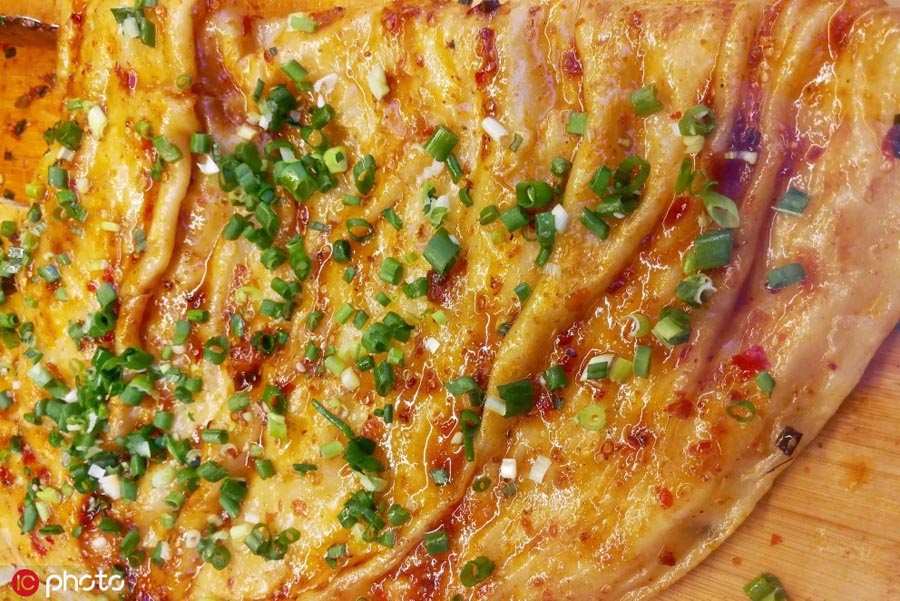 In Qingdao in East China's Shandong province, people eat spring onion and omelet on the day. They believe the special combination helps improve eyesight and makes eyes brighter. In ancient times, pupils often sent eggs to their teachers to show respect on the day.[Photo/IC] 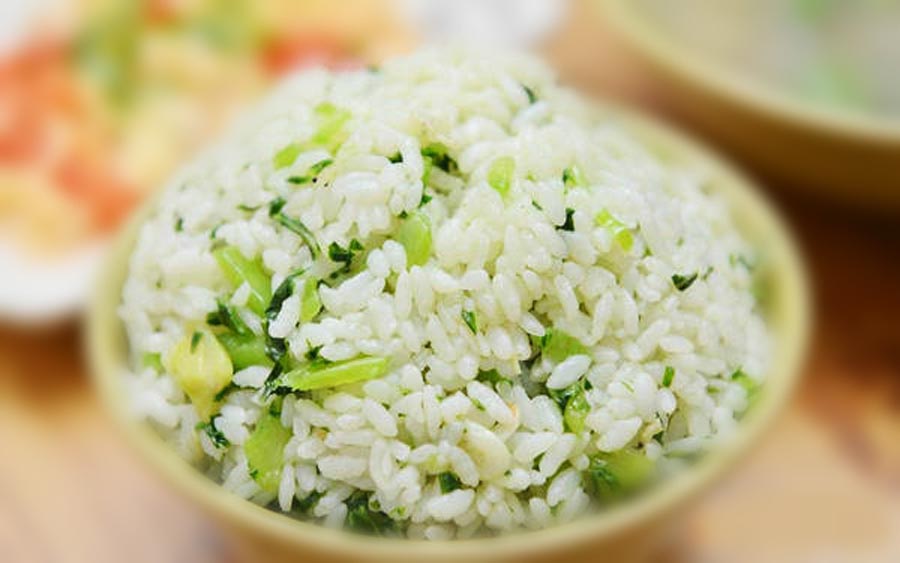 In many places in Southeast China's Fujian province, people thought eating steamed rice with leaf mustard on Tomb-Sweeping Day could help prevent scabies and other skin diseases for the whole year.[File photo] 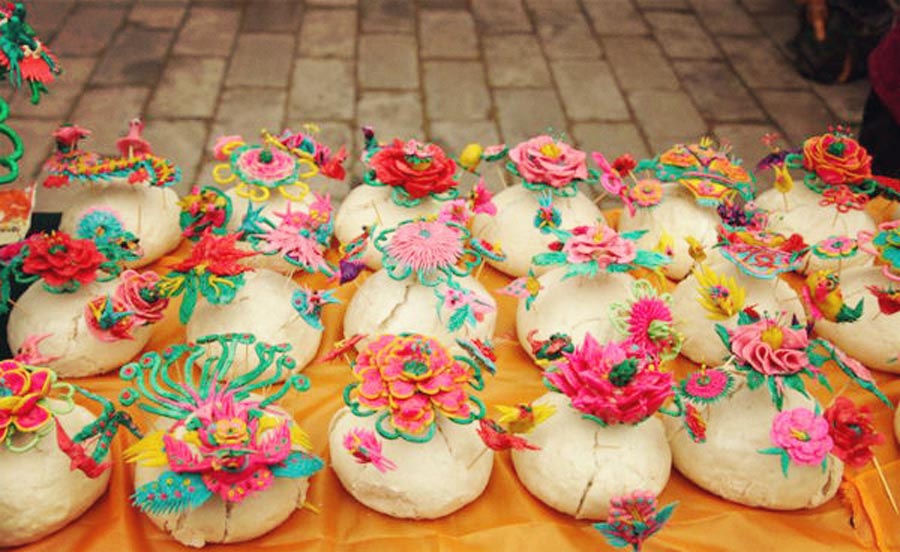 This steamed bun is named after Jie Zitui, a famous hermit of the Spring and Autumn Period (770-476 BC). People in Shanxi province have a tradition of eating the bun on Tomb-Sweeping Day. Colorful dough animals and flowers are frequent decorations, while eggs and jujubes are added inside to increase sweetness.[Photo/sust.edu.cn] 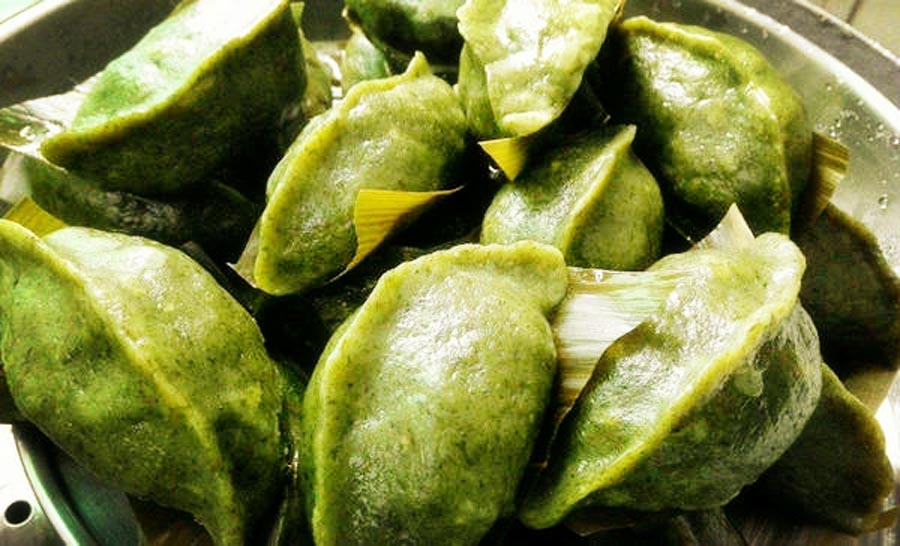 To Hakka people in China, ai ban, or dumplings made from wormwood and rice, are a festival must-eat made by blending wormwood paste and glutinous rice powder together. They also feature peanuts and black-eyed beans for a more diversified flavor. After steaming the dumplings for 15-20 minutes, the food is ready to serve.[File photo]