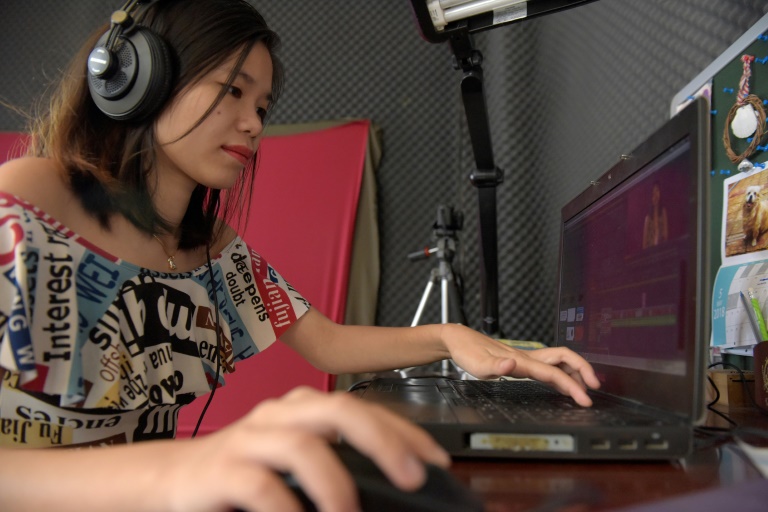 Sex toys, infidelity and penis size are generally hush hush topics in conservative Cambodia, but not on a taboo-busting video blog called "A Dose of Cath" that unabashedly wrestles with the risqué, drawing both applause and abuse in the patriarchal country.

Hosted on Facebook, the show by a 23-year-old Cambodian woman tackles the finer points of sex education, women's health and gender imbalances in a country where the #MeToo movement has barely registered.

A recent episode on a well-known 19th-century Cambodian poem that used to be taught in schools and advises women not to laugh too loudly gained nearly 350,000 views.

The videos feature Catherine Harry, the pen name of the self-described feminist who featured in Forbes' 2018 "30 under 30" list of outstanding leaders and entrepreneurs in Asia.

Having ditched her birth name more than 10 years ago, Cath is following in the footsteps of other Cambodian writers and media personalities turning to blogs and social media to make a name for themselves.

But few have waded so deeply into the sensitive social issues that Cath confronts in short no-frills monologues filmed in her Phnom Penh apartment.

"What I expect to get from what I'm doing, from my videos, is to start a conversation, because the topics that I talk about, people don't really talk about," she told AFP.

Statistics point to an urgent need for such conversations in a kingdom where one in five Cambodian men surveyed as part of a 2014 UN study admitted to having committed rape.

Cath has shared her own #MeToo experiences to help spur debate, but said those who speak out in Cambodia face victim-blaming or even violence.

"If a woman talks about her experiences of sexual assault or sexual harassment, she will be rejected by society, by her family, her friends," she said.

Cambodia's Catherine Harry records a video for her blog, which delves into issues such as sex toys, infidelity and penis size

And while 65 percent of all businesses in Cambodia are run by women, the country's major political and financial institutions are still male-dominated.

Hun Sen, the long-serving prime minister who has been in power for over three decades, has tried to court the youth through his own Facebook page and graduation speeches.

He also dispenses advice to women on how to live, telling female garment workers on May 23 that it was better to have only one partner so "there is no worry about AIDS".

"This is a message to youth to do good things," he said in his remarks, which were broadcast live on his Facebook page.

The premier is set for a landslide victory in general elections next month after backing a crackdown on the opposition.

Cath, who studies mass media at Pannasastra University in Phnom Penh, started the "vlog" in early 2016 and it is now a full-time job, monetised through product placements for skin care companies and a brand of condoms.

"I don't want everyone to agree with me but I want people to start questioning society," she explained.

'A Dose of Cath' has found a ready audience in Cambodia, a country where one third of the 15 million population is under 30 and smartphone usage has more than doubled over the past five years, helping her amass more than 200,000 followers on Facebook

Raymond Leos, one of her professors, brings up Cath when discussing a wider trend of students moving beyond traditional career paths and family expectations.

"A Dose of Cath" has found a ready audience in a country where one third of the 15 million population is under 30 and smartphone usage has more than doubled over the past five years, helping her amass more than 200,000 followers on Facebook.

One video posted last year dealt with female virginity, an issue in a country where many women are expected to wait to wed before having sex.

"Women are not a walking vagina, an object that's only valuable when they haven't been touched, or a white cloth that once stained, can't be washed away," she said in a post viewed more than 2 million times.

The comments section below was typical of the polarisation of her content.

One viewer praised Cath for being "brave enough to speak up" on the issue, but other posts were crude, with one saying that "used and new products" are not the same.

Cath says men have harassed her by sending pornographic images to the account, while she is frequently accused of denigrating Khmer culture and being indecent.

"I've been called a sex demon," she said. "But then again also many young people are inspired by what I'm doing."