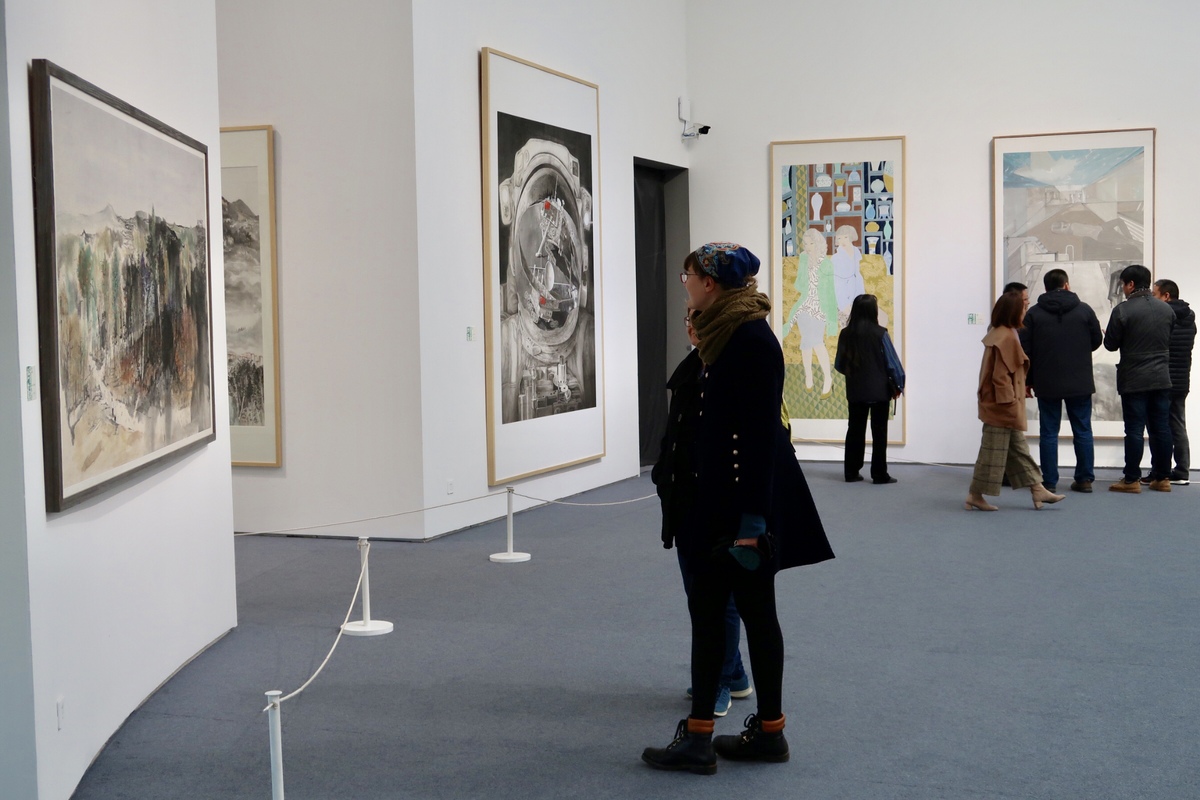 An art exhibition featuring paintings by artists from Shandong province is underway at the gallery of the Fine Arts College at Shanghai University through Dec 18. (Photos: chinadaily)

Around 80 works, including oil paintings, ink wash paintings and sculptures, are on display in the gallery of the Fine Arts College at Shanghai University through Dec 18.

A large number of exhibited works try to incorporate contemporary topics in China through traditional painting techniques and subjects.

"I heard the news about the birds being captured for money two years ago, so I want to raise people's awareness of protection of animals through my work," Li said, adding the red-crown crane often appears in traditional Chinese paintings and it's a symbol of longevity.

"Their encounter with nets is my artistic protest of killing the birds," he said. 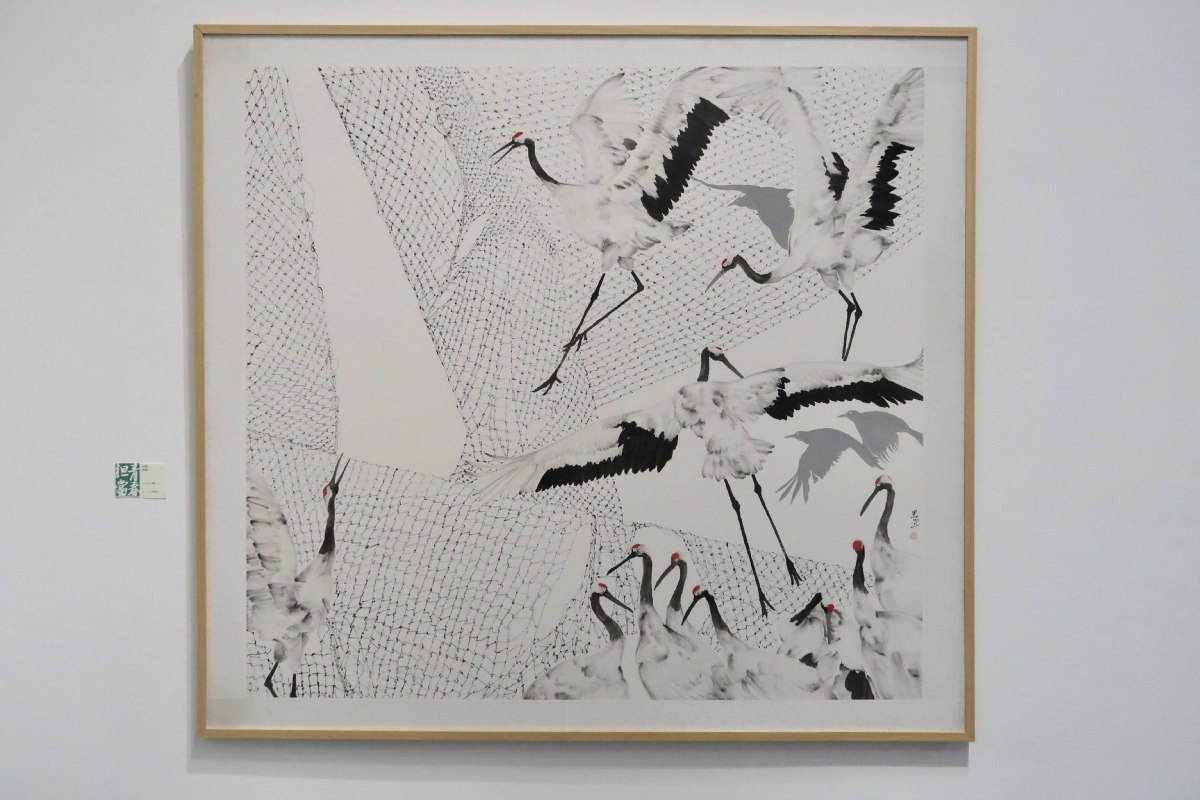 Han Xiao, a painter at Ji'nan City Art Gallery, provided a selection from her series on people who contribute to China's scientific and technological achievements and the rise of the nation.

Named A Dream Realized Above the Sky, Han's portrait features an astronaut and the reflections of China's lunar rover in his helmet.

"I don't like to draw traditional subjects, such as landscapes or people in ancient palaces," she said. "In my ongoing series, I use ink wash techniques to draw astronauts, pilots, firefighters, and soldiers in today's society."

In a congratulation letter to the exhibition, Feng Yuan, vice president of the China Federation of Literary and Art Circles, said: "Young artists are full of creativity and are the most active members of society. From their works, I can see their tireless quest for a muse through creative expression."

"Youth is the other word for avant-garde in any era, and as we live in a great time, young artists will produce great art," he said.

Chen Qing, vice dean of the Fine Arts College of Shanghai University, said works by Shandong artists have a strong visual impact, as they tend to choose larger canvases and draw big subjects in grand style.

"I hope to see more paintings from Shandong artists in Shanghai, and hope this exhibition can start further dialogue and exchange between artists in the future," Chen said.

The exhibition was organized by Shandong Provincial Cultural and Tourism Bureau, the Shandong Commission of the Communist Youth League of China, Shandong Association of Young Artists, and Shandong Youth Federation in collaboration with the Fine Arts College at Shanghai University. 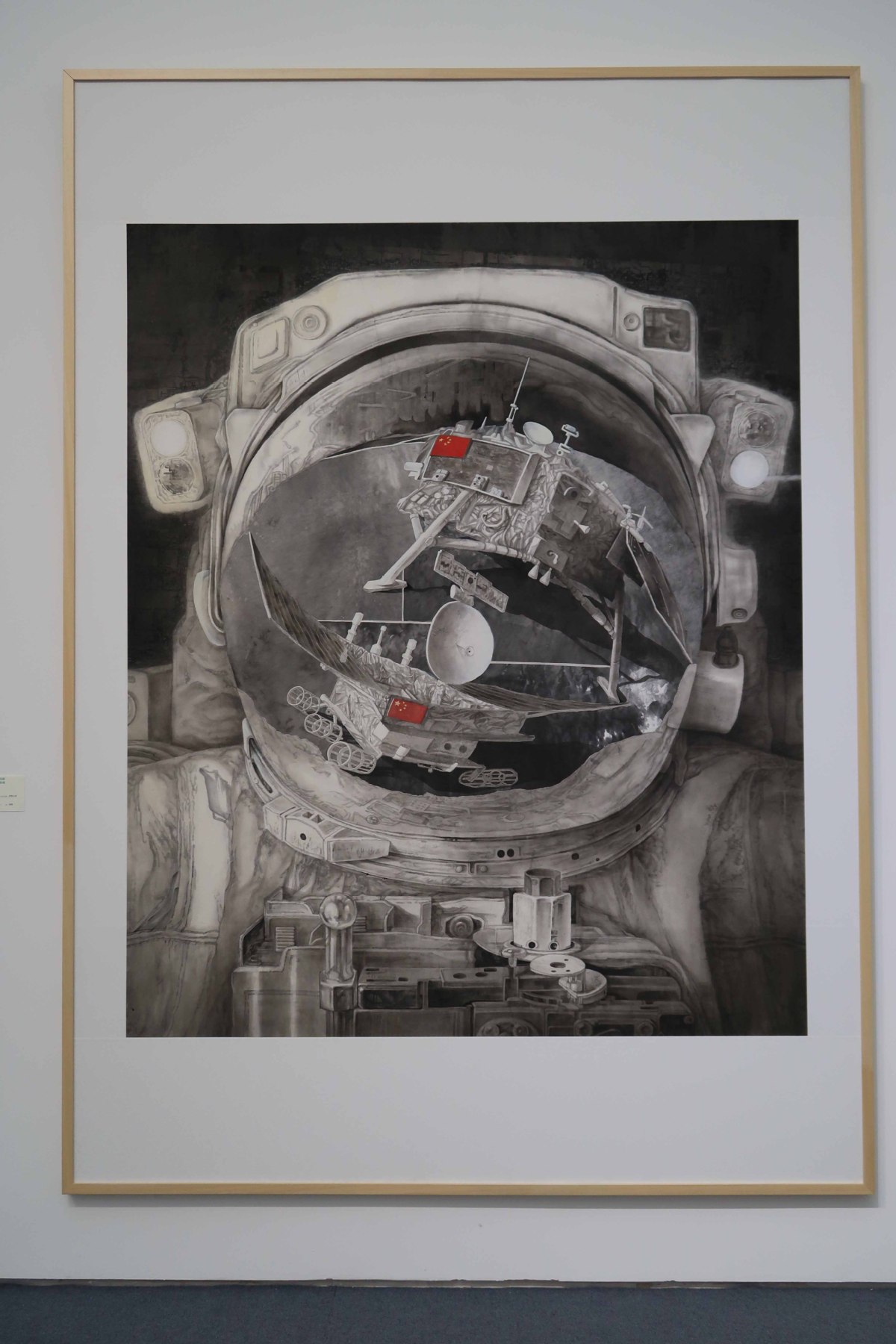