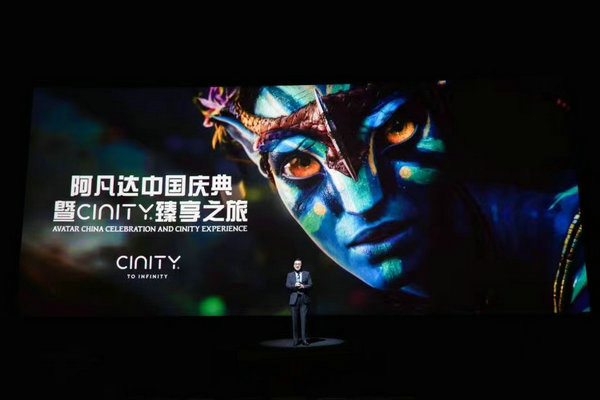 Disney China held a grand celebration for James Cameron's 2009 blockbuster film Avatar on September 22, when the 4K CINITY version of the top-grossing movie of all time was screened at The Walt Disney Grand Theater in Shanghai Disney Resort.

Cameron and leading actors of the film, Sam Worthington, Zoe Saldana and Sigourney Weaver shared in a video-recorded interview for Chinese audiences their memories about the making of the film, as well as their expectation for the upcoming Avatar 2: The Way of Water.

Also opening on the same day was the immersive exhibition Avatar: Explore Pandora, which will go on in a 1,400 square-meter exhibition hall in Shanghai Disneyland Park till March next year.