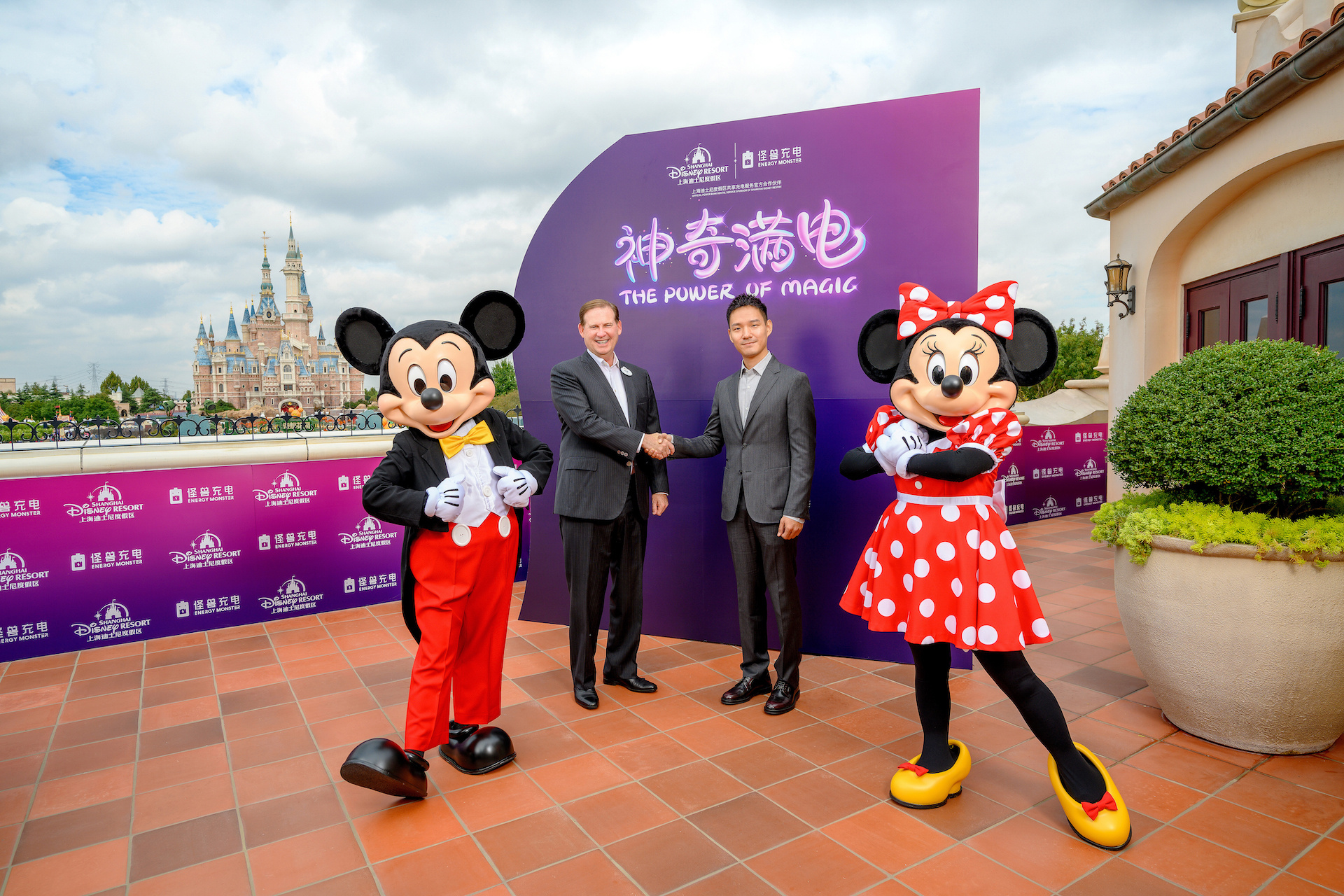 Shanghai Disney Resort has announced a multi-year partnership with Chinese power bank rental service, Energy Monster. The agreement between the two companies will see the addition of 10 power bank rental stations across the resort.

The resort and Energy Monster, one of China's leading power bank rental service providers, announced that the two companies had entered into a multi-year partnership, introducing Energy Monster as the first and exclusive Official Power Bank Rental Service Sponsor of Shanghai Disney Resort.

Under this new partnership, Energy Monster power bank rental stations, themed to different resort experiences, will be found at multiple locations across the resort.

The new partnership will also extend the "Power of Magic" campaign to users outside of Shanghai Disney Resort to more locations beyond the resort and across the country.

As part of key guest experiences, Shanghai Disney Resort has continued to introduce an array of services leveraging leading technology. In addition to providing vital information to guests, such as the park's hours of operation, show schedules and attraction wait times, the resort has also developed many advanced services through its digital platforms, from interactive in-app games at attractions and photography services, to digital navigation and multiple product and service offerings.

Back in mid-October, the resort announced that China's leading virtual reality company, SoReal, is joining the resort's shopping, dining and entertainment district, Disneytown, to provide visitors with a tailored and cutting-edge entertainment experience.

On the shores of Wishing Star Lake, SoReal will occupy the majority of Disneytown's Lakeshore building, turning the bright and colorful building into a large-scale virtual reality and entertainment space.

"Throughout our long, storied history, Disney has always stood at the forefront of technological advancement - working to give our guests a look at the world of tomorrow," said Schott.

Disney's Chinese theme park is booming due to effective control and prevention measures by the park and Chinese government. Shanghai reported one new confirmed COVID-19 case on Nov. 9, according to the municipal health commission. The patient, a 51-year-old male porter who works at the Shanghai Pudong International Airport, lives in a village in Pudong District where Shanghai Disney Resort is located. But a spokesperson from the resort told China.org.cn the case didn't affect their operations at all.

But its parent company, The Waly Disney Company, is still struggling around the globe in 2020. It posted an annual loss of $2.8 billion during the 2019-20 fiscal year on Nov. 12. The company has rarely seen a loss in more than 40 years. The loss is largely attributed to its theme parks and experiences divisions. Its California theme parks remain closed amid surging COVID-19 cases in the United States.