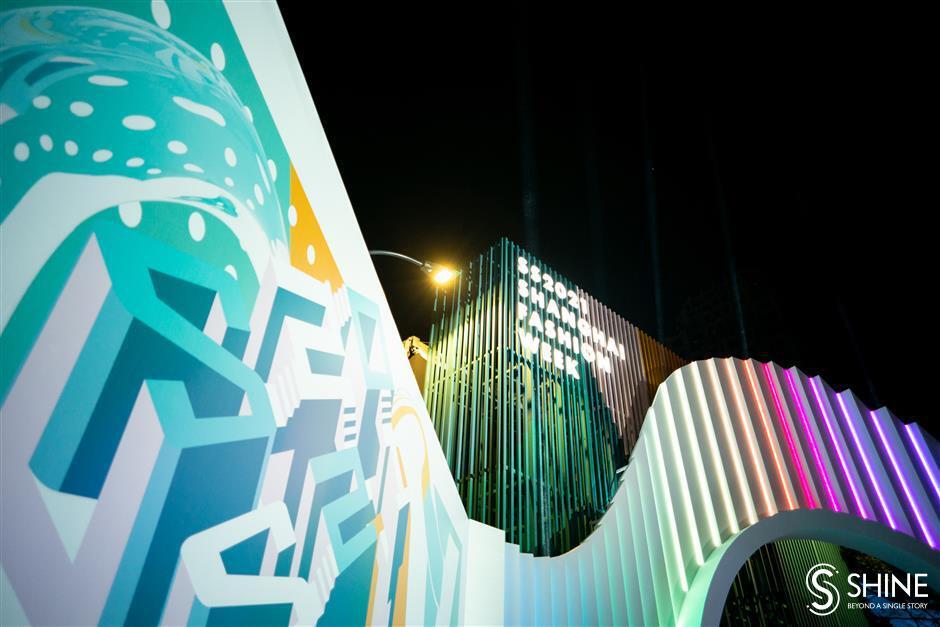 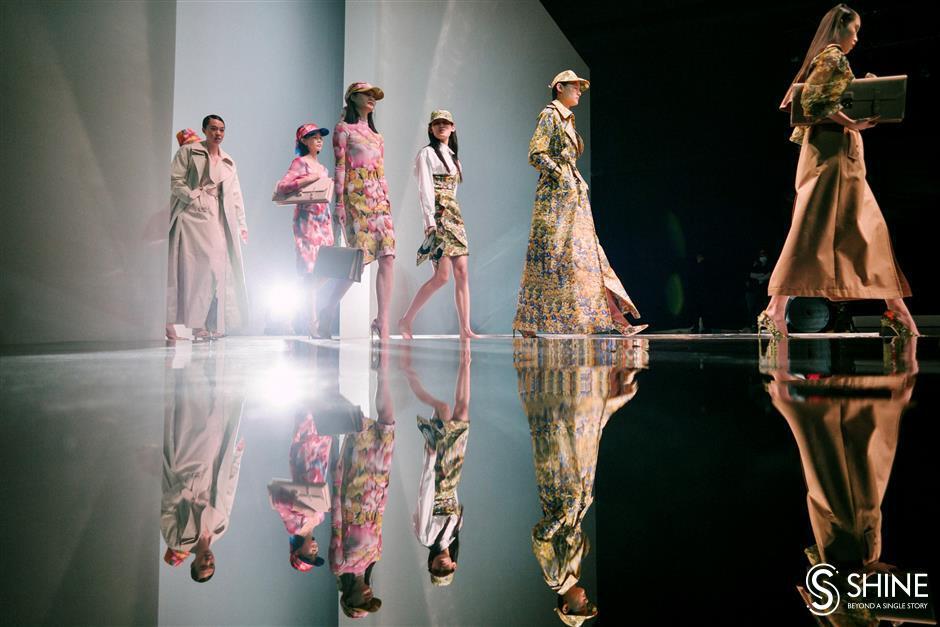 Models do catwalk during the Spring 2021 Shanghai Fashion Week.

Unlike the Spring 2021 fashion weeks from the big four, which offered a makeshift combination of in-person and digital presentations, Shanghai Fashion Week has returned to normality. Under the aptly titled theme, “Eternal Runway,” this season is the 18th iteration of China’s most important fashion event.

As the world’s only fully physical Spring 2021 fashion week, over 90 shows, a variety of events and trade shows were scheduled from October 8 to 18 in venues at Shanghai Xintiandi, Taiping Lake parkland, ONE EAST, HKRI Taikoo Hui and 800SHOW.

After a successful association with Tmall last season, the partnership continues as the B2C Tmall Fashion Festival has amplified the event to consumers, digitally as well as physically.

“Shanghai Fashion Week underwent reform during the epidemic period and launched an online fashion show for the first time,” said Liu Min, deputy director of Shanghai’s Commission of Commerce. “Today, it will bring more innovative releases. I hope that Shanghai Fashion Week will play a greater role in the construction of an international consumption city and fashion capital, gather more creative resources and further create a good shopping and consumption environment in Shanghai.” 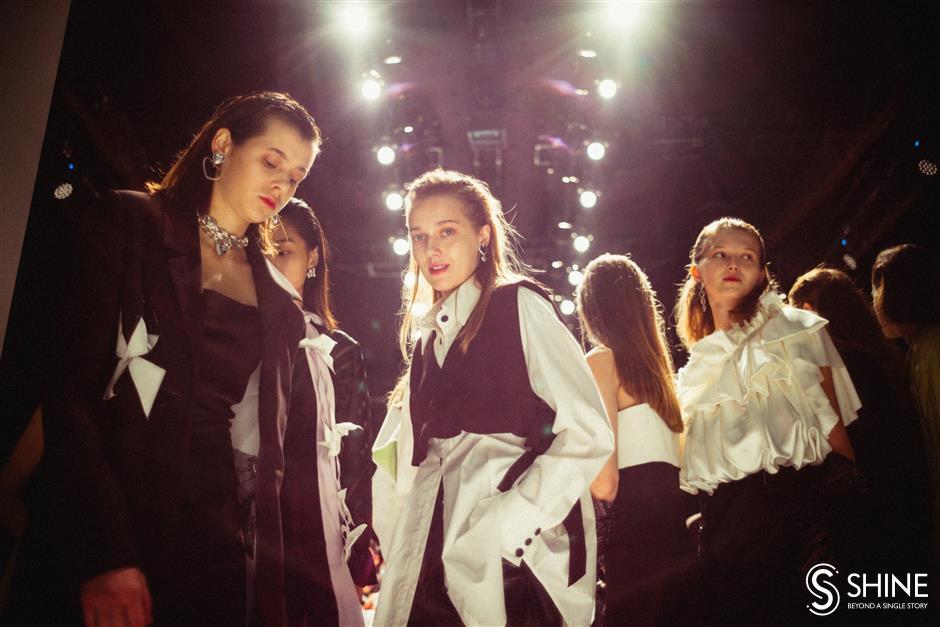 The highlight of the new season’s runway show is the young generation of Chinese designers and their designs with Chinese cultural elements.

Shanghai scarf brand Woo unveiled its new collection inspired by the Chinese imperial costumes of the Palace Museum, while the inspiration of another Shanghai brand, Hemu’s design comes from the “Classic of Mountains and Seas,” a myth collection in ancient China.

Chinese independent designer brand Mukzin returned to its hometown for the show after years at Paris, London and New York fashion weeks. The spring and summer series of 2021 is inspired by jialong, a traditional decoration of Tibetan women with Tibetan embroidery, one of Chinese intangible cultural heritages. 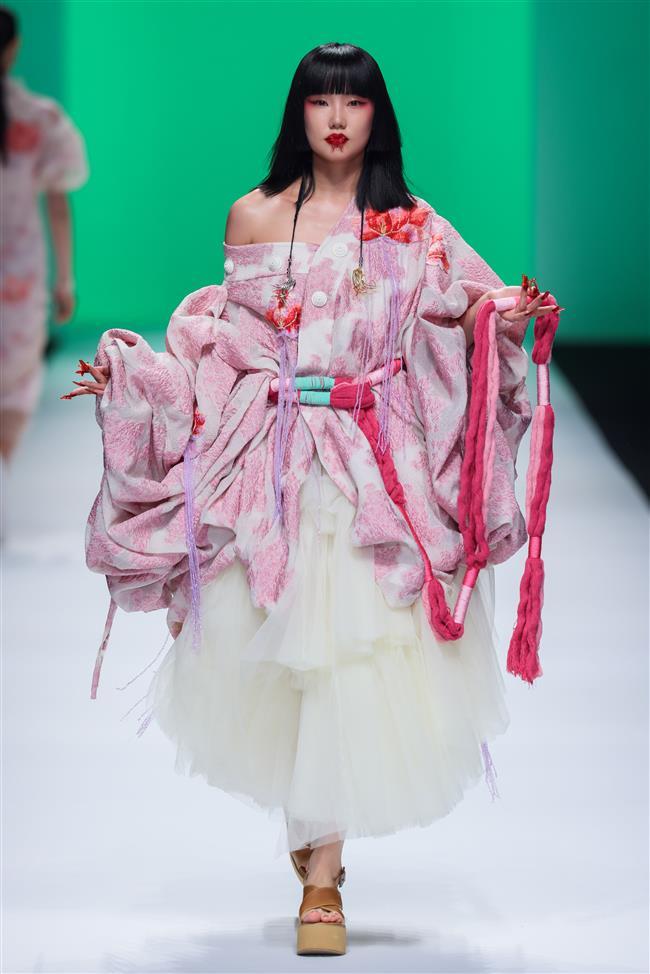 “This is the second time for us to use Chinese intangible cultural heritage skills in our designs after the Jiang embroidery (embroidery of the Chinese minorities in the Xinjiang Uygur Autonomous Region), we hope it can be better integrated into modern designs,” said Han Wen, designer of the brand.

To celebrate its 10th season, Labelhood, a showroom for emerging designers in China, took “Yellow River” as its theme, implying the diversified extension and development of Chinese designs.

As a special part of Shanghai Fashion Week, Shanghai International Fashion Showcase, focusing on global wedding dress brands under the concept of eco-friendly and fashion innovation, kicked off on October 9 at HKRI Taikoo Hui.

Pronovias is a bridal-wear brand that has dressed brides in more than 100 countries for over 50 years,  and their swoon-worthy gowns have been worn by countless A-list celebrities. This season, the brand moved their runway show to SIFS.

Inspired by some of the most revered and glamorous stars in film, Atelier Pronovias’s 2021 collection is destined for the bride searching for a sophisticated wedding gown worthy of gracing a Hollywood red carpet.

Thirty luxury wedding gowns were on show, from reimagining ruffles that cascade in waves along the bodice for added drama to fully beaded gowns crafted from thousands of silver geometric crystals to puffed and padded sleeves accented with intricate lace. All the gowns are eco-friendly.

Besides the runway show, there is also a pop-up exhibition of luxury wedding dresses at HKRI Taikoo Hui which welcomes visitors until today. 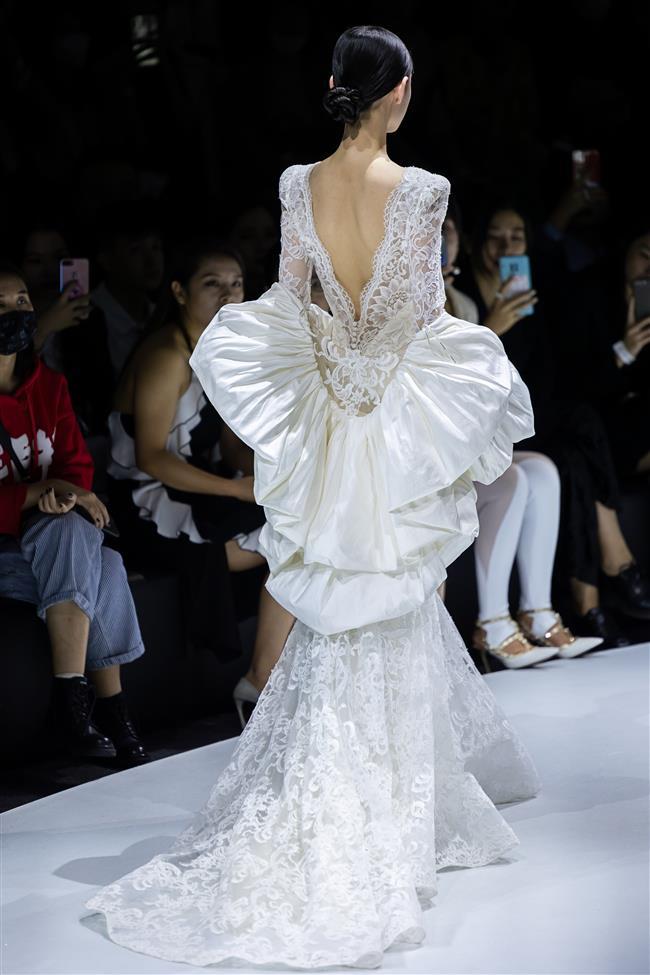 A model, wearing a delicate bridal dress, walks in her runway show. 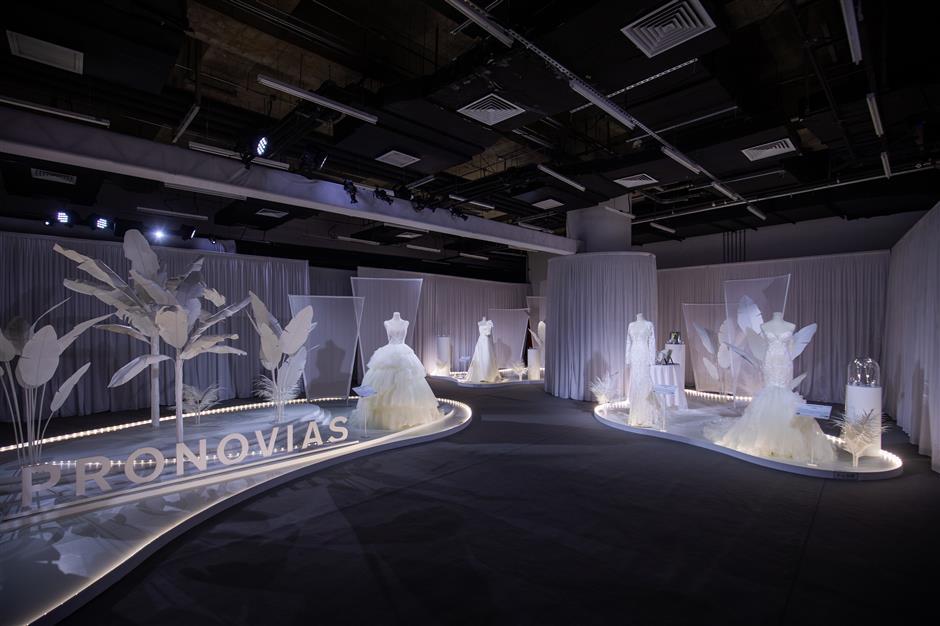 Exhibitions and showrooms welcome a flood of visitors

In addition to the runway, a series of exhibitions and showrooms included the Mode Shanghai Fashion Trade Show, Ontimeshow, Shi Tang, NOVA by DFO, Tube and Not Showroom. Tube Showroom and showroom modalink by IGFD, was held from October 9 to 14 for buyers from around the world. While a two-day “DIA CREATIVE” exhibition was held at Cha Gong Guan, showing designs during the pandemic by 12 designers from all over the world.

According to showroom Shi Tang, 2,277 people attended the first day of the showroom, including 1,468 buyers, more than last year’s number.

As a part of the Mode Shanghai Fashion Trade Show, a Material Utopia Exhibition by ULIO SPACE was held at the Shanghai Mart from October 10 to 13. Focused on the possibility of combining sustainable innovative materials with creative designs, the exhibition aimed to arouse the vast majority of designers’ cognition and imagination of new materials.

“We hope to show to the audience the pioneering achievements with cutting-edge technology, and various possibilities for the use of sustainable materials,” said CAIUS, the curator team of the exhibition. 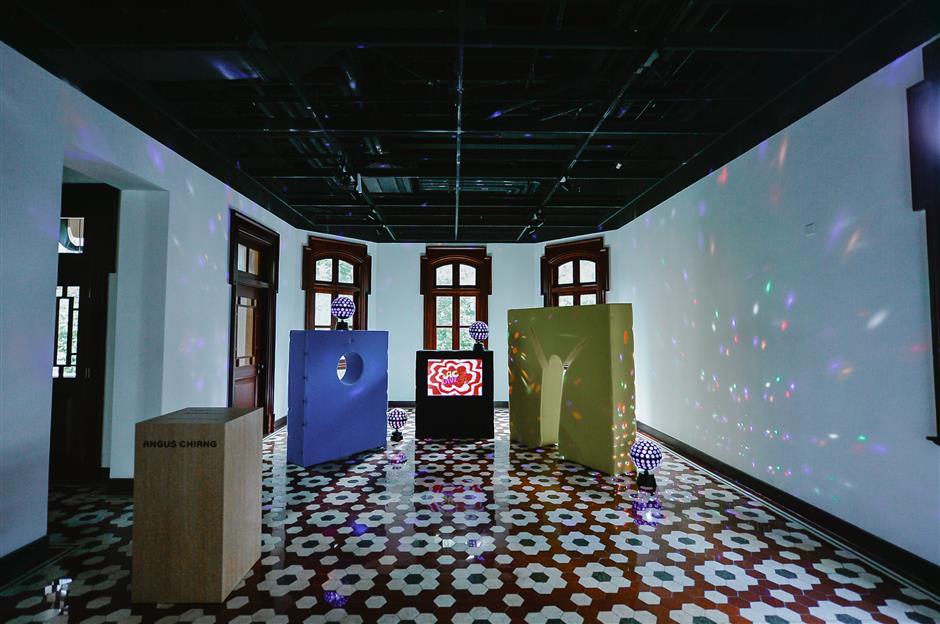 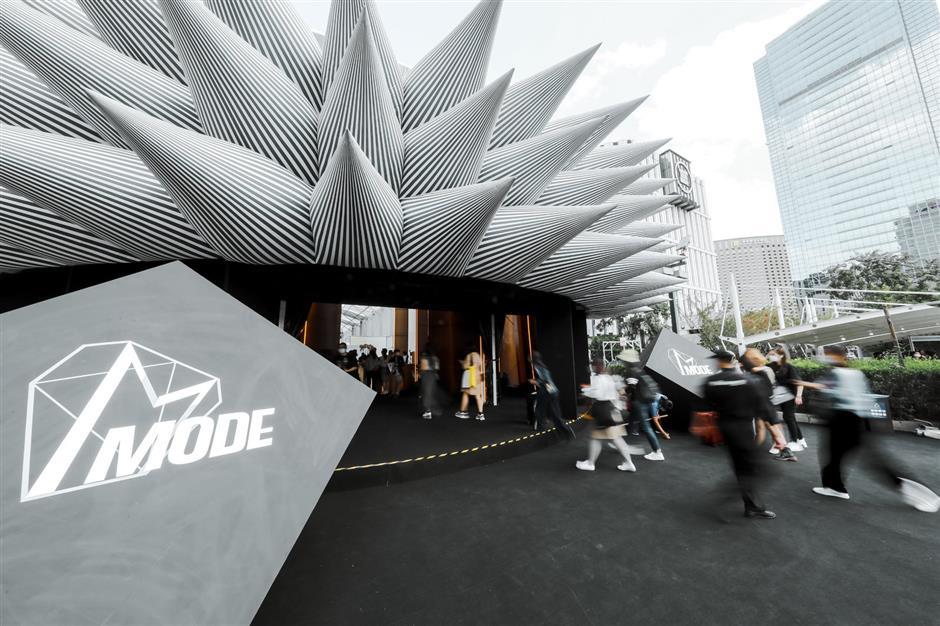