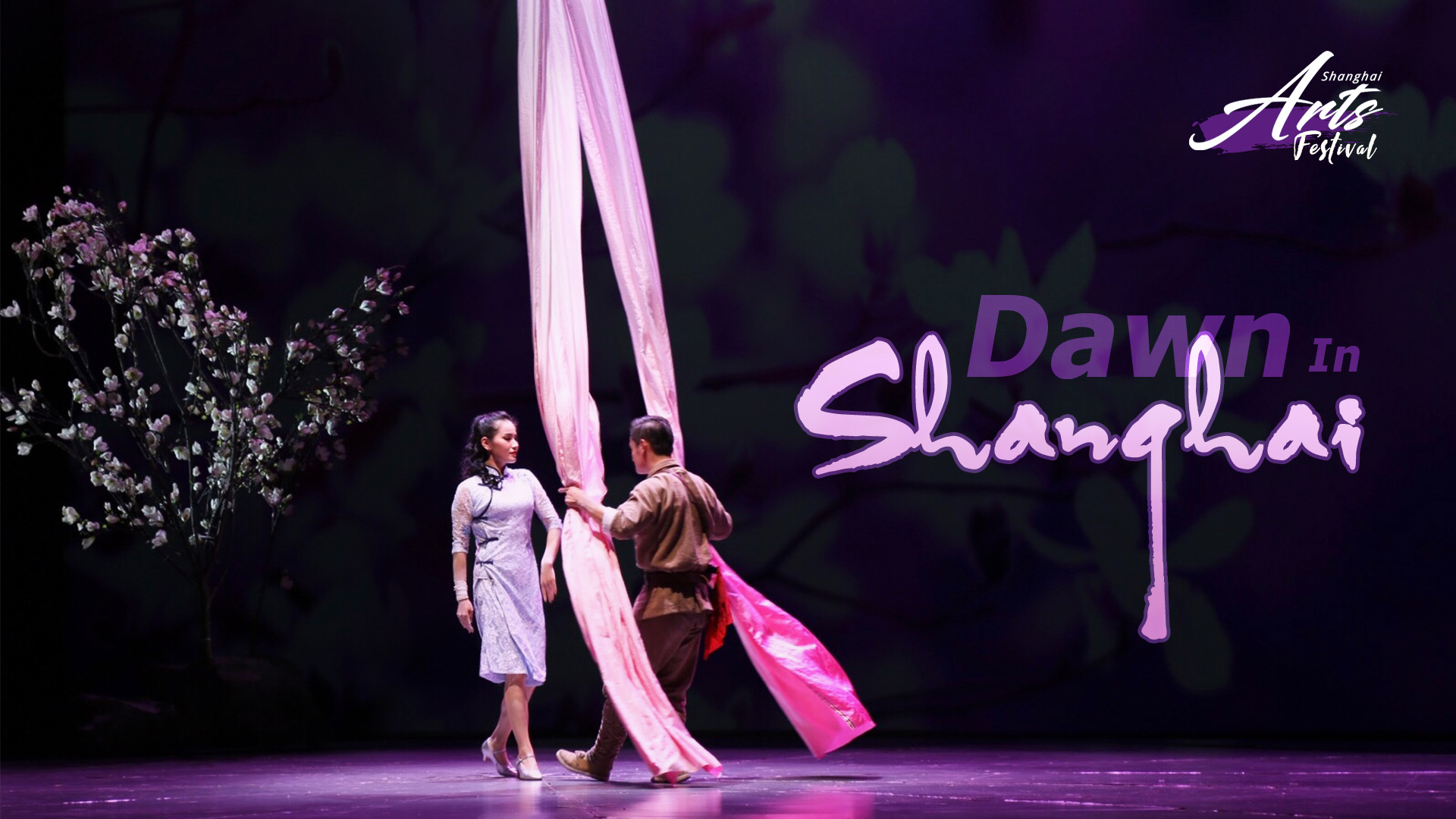 "It's our duty to tell good Chinese stories to the world and enhance cultural communication with other countries through the art festival," said Zhang Xu, Vice Minister of Culture while addressing the opening ceremony at the Shanghai Grand Theater.

This year marks the 70th anniversary of the founding of the People's Republic of China (PRC), and patriotic plays that praise and commemorate the revolution series of "red repertoires" are highlights at this edition of CSIAF.

The CSIAF will run from October 18 to November 17.

A bold move for Chinese acrobatics

With thousands of years of history, Chinese acrobatics is a form of art that enjoys international fame.

New Circus' Dawn in Shanghai combines acrobatics, magic and dance. With the Shanghai Liberation Campaign in 1949 as its historical background, the acrobatic drama shows young people's efforts in pursuing dreams and truth.

About 80 actors and actresses, averaging 24 years of age, participated in the play. Very few safety measures were used during the 90-minute performance.

"It was a big challenge to complete this acrobatic drama. What we did was not just make a drama but we hope we can move the development of the acrobatic drama forward as a form of art with this attempt," said Yu Yigang, head of the Shanghai Acrobatic Troupe and Shanghai Circus School.

Established in 1999, the annual CSIAF has grown into an important cultural exchange event and one of the leading art festivals in the world.

For an entire month, audiences will have a chance to enjoy classic music, dramas, exhibitions and dances, including the classic ballet piece the "Swan Lake" as well as Kun Opera's "Jules Caesar."