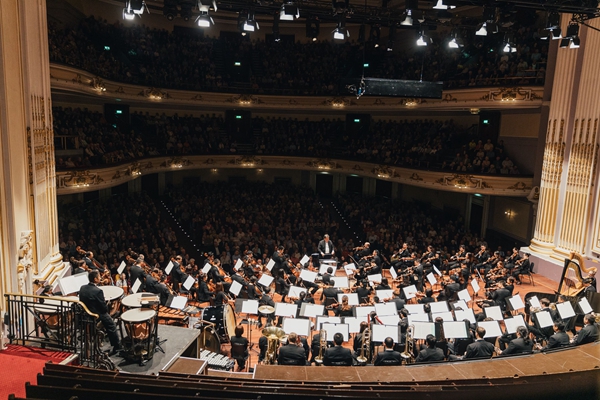 An appreciative audience enjoyed a concert performed by the 140-year-old Shanghai Symphony Orchestra on Monday night.

The show marked the first time a Chinese orchestra has participated in the Edinburgh International Festival, the world's leading performing-arts event.

The concert featured Chinese and Western works, including Wu Xing (The Five Elements) by leading Chinese composer Chen Qigang and Dmitry Shostakovich's Symphony No 5 in D minor. Renowned US cellist Alisa Weilerstein collaborated with the orchestra with a performance of Dvorak's Cello Concerto in B minor.

The concert ended with Beautiful Night, a piece of traditional Chinese music, which garnered a round of applause and cheers from the audience of 2,000, who packed the famous Usher Hall.

"The performance was intriguing and fantastic," says audience member Rosalind Stoddart, who was visiting the Scottish capital from Northamptonshire, adding that she was very impressed by Chen's opening piece.

"The music was very Chinese, which I haven't heard before ... It was beautifully played-very exciting and experimental," she says. 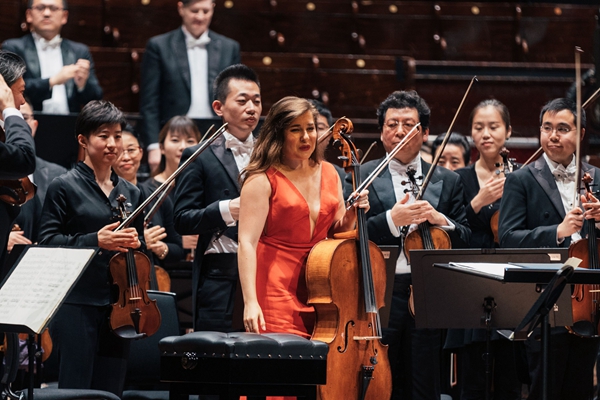 US cellist Alisa Weilerstein plays with the Shanghai Symphony Orchestra during a performance of Dvorak's Cello Concerto in B minor at the Edinburgh concert on Monday.

This year marks the 140th anniversary of the founding of the Shanghai Symphony Orchestra. In recent years, however, while performing classical Western music, the orchestra has made great efforts to create Chinese musical works to showcase Chinese culture to a global audience.

Music director Yu Long says that the Shanghai orchestra has developed a quality deserving of respect from its peers and audiences worldwide, especially over the 70 years since the founding of the People's Republic of China.

"The orchestra is a good window through which global audiences can view Chinese culture," he says.

The Edinburgh International Festival, which was created in 1947, has presented breathtaking performances from some of the best musicians and artists in the world. This year's festival kicked off on Aug 2 and will run through Aug 26.

The Shanghai Symphony Orchestra will continue its 140th-anniversary global tour with a performance in London next week.