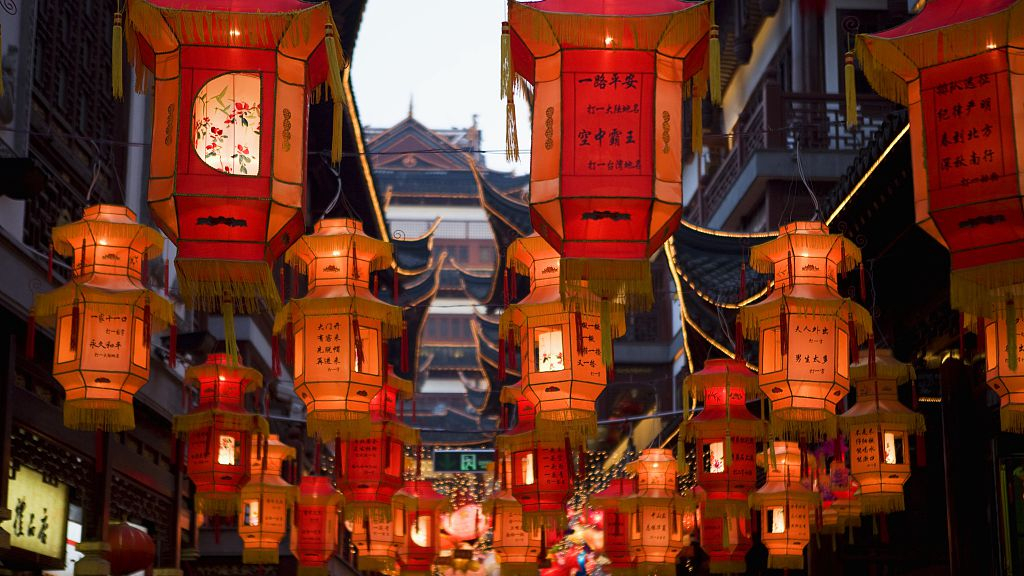 Folk cultural activities including lantern shows and the guessing of lantern riddles will be held at parks and tourist attractions across Shanghai to celebrate the Lantern Festival, which falls on February 19 this year.

Colorful lanterns have illuminated Yuyuan Garden in Huangpu District where 39 installations, including a 9-meter-tall pig dressed like the Chinese God of Wealth, mark the Year of the Pig.

The garden opens from 8:45 a.m. to 4:15 p.m., with an admission price of 30 yuan (6.76 U.S. dollars). There will be three entrances on Yuyuanxin Road, Bailing Road, and near Shanghai Classical Hotel and Tonghanchun drugstore. Another lantern show will be staged in Luodian, Baoshan District, on February 19. Luodian's colorful lanterns are an intangible cultural heritage of Shanghai. There will also be performances.

At Guyi Garden in Jiading District, a DIY event will be held on Sunday, allowing children to enjoy the fun of making their own lanterns. Traditional cultural activities such as guessing riddles will also be held.

A garden party will be offered at the Chenshan Botanical Garden in Songjiang District on Sunday, featuring a number of games and a search for plants related to the Year of the Pig. Families with children are invited to savor the charm of the festival and learn something about different plants via the games. Prizes will be offered to those who accomplish the tasks.

Xincheng Central Park in Minhang District will host a lantern show from February 17 to 24.

At Huilongtan Park in Jiading, a number of intangible cultural heritages such as paper cutting, shadow plays and straw weaving will be exhibited on February 18 and 19.

Fangta Park in Songjiang will give away 1,000 bowls of tangyuan, a traditional snack of glutinous rice balls with sweet sesame or salty pork stuffing, to visitors on the day of the festival.